A great poem it is not. Nor is it a brilliant political analysis. But the brief lines that Günter Grass has published under the title "What Must Be Said" will one day be seen as some of his most influential words. They mark a rupture. It is this one sentence that we will not be able to ignore in the future: "Israel's atomic power endangers an already fragile world peace."

It is a sentence that has triggered an outcry. Because it is true. Because it is a German, an author, a Nobel laureate who said it. Because it is Günter Grass who said it. And therein lies the breach. And, for that, one should thank Grass. He has taken it upon himself to utter this sentence for all of us. A much-delayed dialogue has begun.

It is a discussion about Israel and whether Israel is preparing a war against Iran, a country whose leader Mahmoud Ahmadinejad has threatened Israel, referring to it as a "cancer" that must be "wiped off the map." Israel, a country that has been surrounded by enemies for decades, many of whom believe that Israel has no right to exist -- even independent of its policies.

It is a war that could plunge the entire world into the abyss. When a German speaks about such things, Germany must be part of the discussion -- and Germany's historical responsibility.

Such debates follow a pre-established pattern. Grass knew that he would be chided as an anti-Semite -- a risk taken by any German critic of Israel. Indeed, Mathias Döpfner -- the head of the publishing house Axel Springer, the parent company of the country's largest daily, Bild -- accused Grass of "politically correct anti-Semitism" in a Thursday editorial. Döpfner, a man who fancies himself the guardian of German-Israeli relations, also suggested that Grass should be committed to a historical rehabilitation center and inserts a few jabs about Grass' long-secret World War II membership in the Waffen-SS. Yes, Grass has to deal with such charges, as well.

Grass Is a Realist

But Grass is neither an anti-Semite nor a zombie of German history. Grass is a realist. He decries the fact that Israel's nuclear capabilities are "accessible to no inspections." He objects to Germany's weapons-export policies, which supports the shipment of an additional submarine capable of launching nuclear missiles to Israel. And he wearily rejects the "West's hypocrisy," which -- he leaves unsaid -- has long been the guiding principle of our Middle East policies, from Algeria to Afghanistan.

Grass also writes nonsense. He goes on about how he kept quiet for a long time and how he is now no longer going to keep quiet -- now that he has "grown old, and with what ink remains" -- and that he wants to free others from feeling the need to remain silent. That part isn't very well-formulated. He also warns against the destruction of the Iranian people, which is certainly not part of the Israeli agenda. The text could have been better shielded against attacks. But it still hits its mark.

Someone, after all, has to finally pull us out of the shadow of the words that Chancellor Angela Merkel spoke in 2008 during a visit to Jerusalem. At the time, she said that Israel's security belonged to Germany's raison d'état. To avoid misunderstandings, she added: "Given that truth, it cannot remain empty words in times of trouble."

Helmut Schmidt, Germany's chancellor between 1974 and 1982, once said that feeling responsible for Israel's security is "emotionally understandable, but a foolhardy notion that could have serious consequences." Should war erupt between Israel and Iran, he went on, "then, according to this notion, German soldiers would have to fight, as well." Since then, Israel has considered Germany to be the only other country it can count on besides the US.

Now, backed by a US in which presidents must secure the support of Jewish lobby groups in the run-up to elections as well as by a Germany in which historical penance has assumed a military component, the Netanyahu administration is leading the world by a leash to the sound of a swelling war chant. "Netanyahu's Israel has dictated the global agenda as no small state has ever done before," writes the Israeli daily Haaretz. From oil prices to terrorism, there are plenty of reasons for the world to fear a war between Israel and Iran.

No one's claiming that Iran already has an atomic bomb. No one knows whether Iran is even really working on such a bomb. On the contrary, American intelligence officials believe that Iran halted its program to develop nuclear weapons back in 2003.

That, though, is of no interest to the Israelis. For them, it's no longer about stopping the Iranians from getting a nuclear bomb. Instead, it's about preventing -- and no longer merely being in a position to prevent -- the Iranians from being able to build such a bomb. They don't want to have to wrestle with the issue that the US had to with Iraq. The Americans still thought that they had to provide proof that their opponent had weapons of mass destruction. But such proof wasn't to be found in Iraq -- nor such weapons. So the Americans simply fabricated the needed proof.

Israel has thrust an ultimatum on the world. It doesn't want to supply evidence that Iran has a bomb. Nor does it want to provide proof that Iran is even building a bomb. Israel's stance is simple: It doesn't want Iran to reach the "zone of immunity." Accordingly, Israel is threatening to launch an attack before the Iranians can bury their atomic facilities so deep in the granite that even the largest bunker-busting American bombs can no longer reach them.

Israel and Iran are playing a game of poker that both can win as long as there is no war. The tabloid press calls Ahmadinejad the "nut from Tehran." But he isn't crazy. He wants to remain in office and has oppressed his countries opposition in order to do so: Blood was spilled three years ago when he crushed demonstrations against his rule, locking up many opposition leaders in the process.

Ahmadinejad is intentionally keeping the world in a cloud of uncertainty regarding his nuclear intentions. He benefits from his strategic ambiguity just as much as the Israelis benefit from their threats of war. Both countries are helping each other expand their influence far beyond what their sizes actually merit.

In a perverse way, they find themselves in a state of mutual dependence. And that could have remained their own issue, if only they hadn't taken the entire world hostage. As Grass writes, it has come time to "insist that the governments of both Iran and Israel allow an international authority free and open inspection of the nuclear potential and capability of both."

Editor's note: We have updated this story to reflect a more literal translation of the original German version. 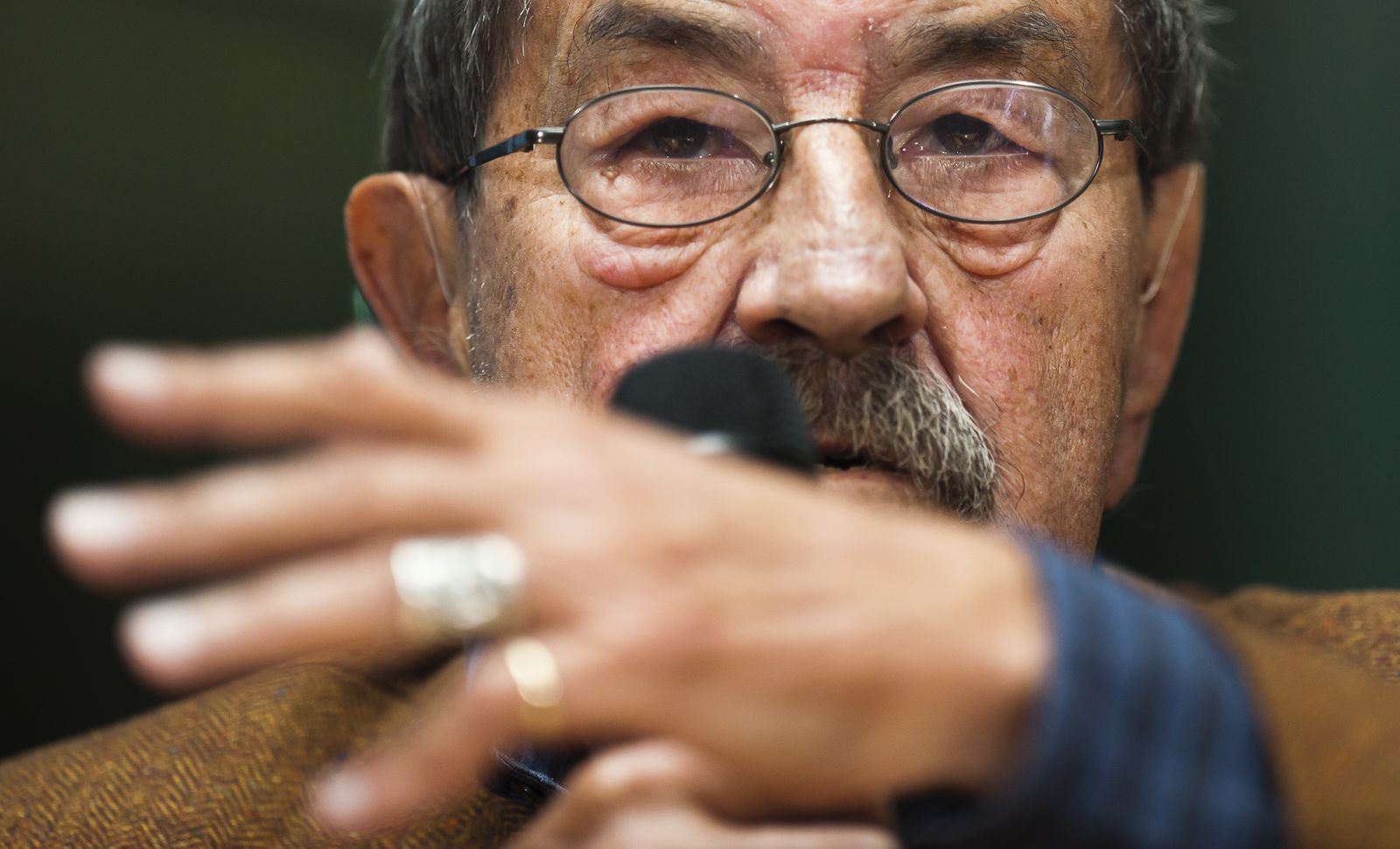 German Nobel laureate Günter Grass has stirred up a debate on Israel with a new poem.