Officials in Germany are still seeking information about a German-owned ship believed to be carrying a load of weapons and military equipment that had been destined for the despotic regime of Syrian leader Bashar Assad. Since the revelation on Friday, it appears that transponder used to broadcast the ship's whereabouts has been turned off repeatedly. On Monday, though, it appeared to be on again, with the 6,200 ton freighter ship apparently on a course towards Turkey.

The ship had been stopped near the coast of Syria on Friday afternoon, but then disappeared from sight for around 24 hours. Then, on Sunday night, the Atlantic Cruiser's transponder was turned off again.

After having attracted international attention, the captain has been maneuvering the ship through the eastern Mediterranean for days now. SPIEGEL has obtained information indicating that the ship is carrying heavy military equipment from Iran that had been intended to reach the forces of Bashar Assad, despite a European Union weapons embargo that has been placed against his repressive regime. German government officials expressed alarm over the development this weekend. It's no wonder, either: If the suspicion is confirmed, it would mean that a German ship is violating the weapons embargo. It might also lead the international community to question whether Germany is taking decisive enough steps to enforce sanctions against the Assad regime.

German government officials have been investigating the sensitive development since Saturday and it has also intensified its efforts to resolve the case. A source within the German Economics Ministry, which is leading the investigation, told SPIEGEL ONLINE that the government had "requested that embassies in the region make the governments of which they are guests aware of the occurrence because of a possible violation of the embargo provisions." The governments of Cyprus, Lebanon and Turkey have reportedly been informed about the incident.

The government has also established contact with Bockstiegel, the German shipping company that owns the Atlantic Cruiser. "According to information from the shipping company, there is no intention of continuing on to Syria," the Economics Ministry source said. Instead, the ship was stopped by the shipping company and is now expected to travel to a safe third port in the Mediterranean, where its cargo can then be inspected.

But many questions still persist about the ship -- and the shipping company's version of events has been filled with contradictions for some days now. On Sunday, officials with Bockstiegel would not comment to SPIEGEL ONLINE on the events. Initially, the German freighter was supposed to call at the Syrian port of Tartus at the end of last week. Earlier, the ship had reportedly loaded heavy military equipment and munitions from an Iranian cargo ship in Djibouti that had been intended for Assad's henchmen.

After defectors within the Syrian government apparatus became aware of the delivery and the deal threatened to be exposed, the Atlantic Cruiser suddenly changed its target port on Friday afternoon and instead headed in the direction of Iskenderun. But then, around 80 kilometers (about 50 miles) southwest of Tartus, the ship began steering in circles. "We stopped the ship as soon as we obtained tips it was carrying weapons," said shipbroker Torsten Lüddecke of C.E.G. Bulk Chartering, whose firm is responsible for freight operations on the Atlantic Cruiser.

Officially, both the shipping and freight companies say they knew nothing about the transport. The Atlantic Cruiser had been chartered by the Ukrainian firm White Whale Shipping in Odessa, Lüddecke said. The company had declared the freight as "pumps and similar things." The Ukrainian firm stands by this version of events and has accused Lüddecke of lying. "The vessel is not carrying any dangerous or military related cargo to Syria," the agency of White Whale Shipping stated in an email to SPIEGEL ONLINE. "In fact, the vessel is not even calling in Syria at all!"

But the behavior of those in charge raises a number of questions. It remains a mystery why the shipping company didn't immediately order the ship to head to a port so that the cargo could be swiftly investigated. The shipping company also could have ordered the ship's captain to make a closer inspection of the freight it is carrying. A quick check of the freight could have quickly answered some of the most pressing questions and also might have exonerated all parties involved. But it appears they didn't want to do that.

Instead, it appears the captain was instead prompted to turn off the ship's transponder so that the Atlantic Cruiser's location could no longer be traced. For 24 hours, the ship could no longer be tracked as it traveled on the high seas. It will also be difficult to determine what happened on the ship during that time. The same applies to Sunday night, when the transponder was yet again turned off. What has been happening on the ship since then?

The shipping company has said off the record that it is normal for the transponder to shut down as soon as the freighter ship stops moving. But ship brokers claim the move is extremely unusual. Experts said that even when a freight ship is at port or in open seas, the transponder is usually in operation, making it possible to track the vessel's whereabouts.

Because the ship is registered in Antigua and Barbuda and is flying the country's flag, the German government is limited in terms of what it can do to investigate. "Following a legal review of the issue and based on the information currently available, there are no possibilities of action or intervention under German law," the Economics Ministry source said. In order to stop or inspect the ship, a request for judicial assistance would have to be submitted to the Caribbean nation.

It would be awkward, but also possible. The Economics Ministry source said "contact has already been established with the flag state."

As of early Monday afternoon, there was still no information about its ultimate destination. 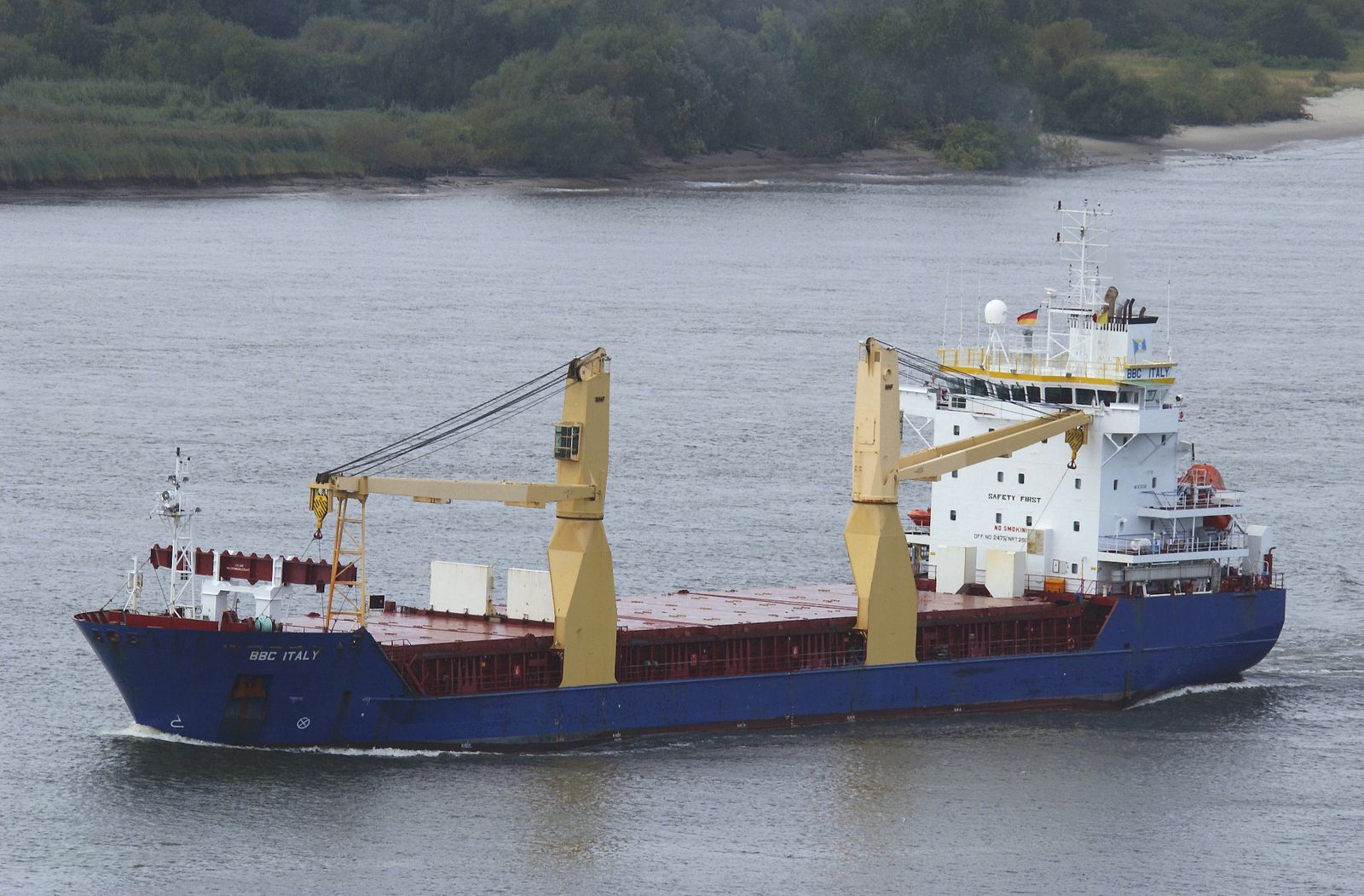 An archive photo of the Atlantic Cruiser (in this photo using a different charter name): Was the German-owned ship carrying weapons bound for Syria?