The case of three Germans who were arrested and interrogated by Pakistani police over the weekend has strained relations between the two countries. Berlin summoned Pakistan's acting ambassador to Germany on Monday in protest of the approach taken by local Pakistani authorities, but not all of their questions were answered.

"In our view, the incident still needs further clarification," a German Foreign Ministry source told SPIEGEL ONLINE. The Pakistani embassy confirmed that Berlin had made its "concern" known.

The diplomatic protest note signals a new turn in the case. Before this, Berlin had neither background information nor confirmation that the Germans had been questioned. It's a delicate issue, because Pakistan claims the three people work for Germany's Federal Intelligence Service (BND), the country's foreign intelligence agency. The Foreign Ministry has not confirmed this, however, describing them instead as "diplomatically registered workers for the embassy in Islamabad."

The trio, which has reportedly since been released, was arrested on Saturday in the western Pakistani city of Peshawar and brought to the capital Islamabad for questioning. According to Pakistani police, the two men and one woman gave conflicting reports about their identities. "First they said they worked for a development agency," a Peshawar police officer said. "Then they said they worked for the German Embassy and were tasked with overseeing development projects in the region." They were reportedly unable to prove their claims with documentation.

Pakistani authorities also found business cards in the trio's possession that indicated they were from the German Agency for International Cooperation (GIZ), the organization under which their vehicle was also registered. But Pakistani intelligence sources claim they were actually BND agents. "We have observed them for a long while and determined they were spying," said a source familiar with the case.

Though the BND has declined to comment, sources within German and regional Pakistani security circles have confirmed that the people in custody were German foreign agents. German sources, however, did not confirm that they had been disguised as development workers. Sources in Berlin suggested that someone in Pakistan wanted to discredit the GIZ.

Pakistani officials reportedly came across the three Germans after reviewing whether all foreigners in the city had registered with the authorities. The group in question had apparently not done so. One of the men was reportedly determined to be a colonel with years of foreign intelligence experience in Bosnia, among other places. The Pakistani police not only released the names of the detainees, but also allowed them to be photographed by the local press.

SPIEGEL ONLINE has learned that the trio has since been handed over to the German Embassy in Islamabad, after which they were flown back to Germany on Sunday night.

For decades, the BND has run a one-man office in Peshawar, with other workers based at the embassy in Islamabad. BND employees are said to travel regularly to the region to support colleagues there. In addition to observing the state of the troubled nation, their efforts concentrate mainly on gaining information on extremists, particularly German jihadists. Officially, the agents operate as political consultants.

A number of questions arise after the arrests. Did the German Development Ministry and the GIZ know that Germany agents were passing themselves off as aid workers? Did the agents have Berlin's blessing to do so?

The German Embassy in Islamabad declined to comment on the matter, but sources in diplomatic circles said that people at the embassy have been "very busy" since the weekend. Meanwhile the GIZ has said that the three Germans were not their employees. "Furthermore, we didn't lend a vehicle to anyone," a spokeswoman said.

A member of Development Minister Dirk Niebel's staff made a similar statement: "We have no knowledge of the incident. As to the question of to what extent agents use the identities of development workers, you would have to ask the BND."

A number of German development organizations are active in Pakistan, particularly after the flood catastrophe in the summer of 2010. But after the arrests, some workers worry they will be suspected of being spies instead. "That is definitely a life-threatening issue," said one development worker who asked not to be named. "Certainly extremists don't think twice when they believe someone is a Western spy. And we work in a lot of regions where there are extremists."

Just last week, a German development worker and an Italian were kidnapped in the central Pakistani city of Multan. The kidnappers demanded a ransom over the weekend, sources in Pakistan said. According to a police officer, the people behind the abduction are likely "regular criminals," and not extremists.

But if there is an impression that many development workers might be spies, the result could be more kidnappings and murders, sources in the field say. "If rumors circulate that secret agents are operating under the cover of development aid and using our good reputation to gain the trust of their sources, then we will all fall under general suspicion," said one worker at a Catholic aid organization in Islamabad. "The BND must immediately make it clear that something like this will never happen again. Otherwise we might as well discontinue our work immediately." 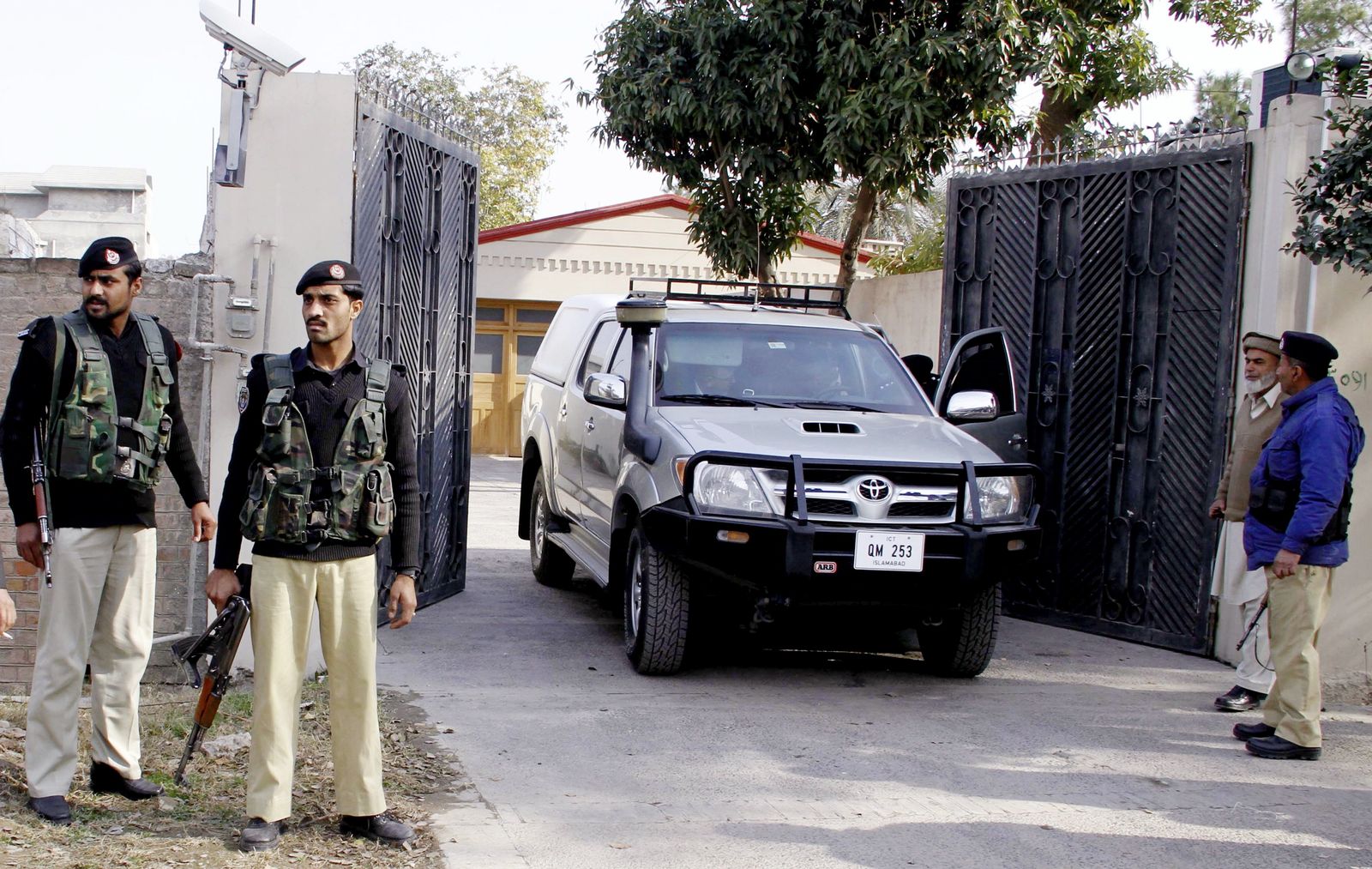 Police escort the three German citizens to Islamabad on Jan. 21.