For US Internet giants like Facebook and Google, the so-called "Safe Harbor" pact between the EU and the US is extremely practical. The agreement allows US companies doing business in the EU to transfer personal data like the birthplace, telephone numbers and email addresses of EU citizens to the US. More than 3,000 US firms joined the program, including, among others, Facebook, Google and Microsoft.

The 1998 agreement has come under criticism time and again because of the lax data privacy laws in the US. Although the Safe Harbor agreement provides for a level of protection for the transferred data according to EU standards, data protection advocates often voiced doubts about how seriously it was being implemented.

The concerns grew in Brussels by the time former NSA contractor Edward Snowden revealed the secret monitoring program of the National Security Agency (NSA) in the US, and it became known that companies like Facebook and Google had provided data to the NSA. EU Justice Minister Viviane Reding has called the Safe Harbor agreement a "loophole," rather than a "protection of our citizens." For years, audits have revealed serious breaches of the Safe Harbor rules by US companies.

'Play By Our Rules'

So far, the German government has not pushed at the EU level for the agreement to be renegotiated or cancelled. But that is now changing. Manfred Weber, a member of the European Parliament from Chancellor Angela Merkel's sister party, the Christian Social Union (CSU), is now calling for a radical restructuring of the relationship between the EU and the US as it relates to data.

"The US and US companies must, with respect to EU citizens and the European market, finally play by our rules," Weber told SPIEGEL ONLINE. A member of the executive board and steering committee of the CSU and vice-chairman of the conservative European People's Party (EPP) faction in the European Parliament, Weber said he favors an end to the agreement. "The Europeans should terminate the Safe Harbor agreement," he said.

The NSA spying scandal has led to mounting criticism of the US within the CSU. Federal Interior Minister Hans-Peter Friedrich (CSU) has signalled after revelations that the NSA was monitoring the cell phone calls of Chancellor Angela Merkel that he wants to hold those taking part in the electronic eavesdropping accountable.

Ilse Aigner, the economy minister of the German state of Bavaria and a former member of Merkel's cabinet, has said that she thinks that a proposed free trade agreement between the EU and the US should be put on ice. And Horst Seehofer, the chairman of the CSU, told the regional newspaper Donaukurier that the trust in the US had been "strikingly impaired."

The New York Times, citing current and former administration officials, reported Monday that NSA operatives in Germany were authorized to not only collect data on the numbers Merkel was calling on her cell phone, but also to listen in on her cell phone conversations. According to the report, it was uncertain if excerpts from her conversations appeared in US intelligence reports. 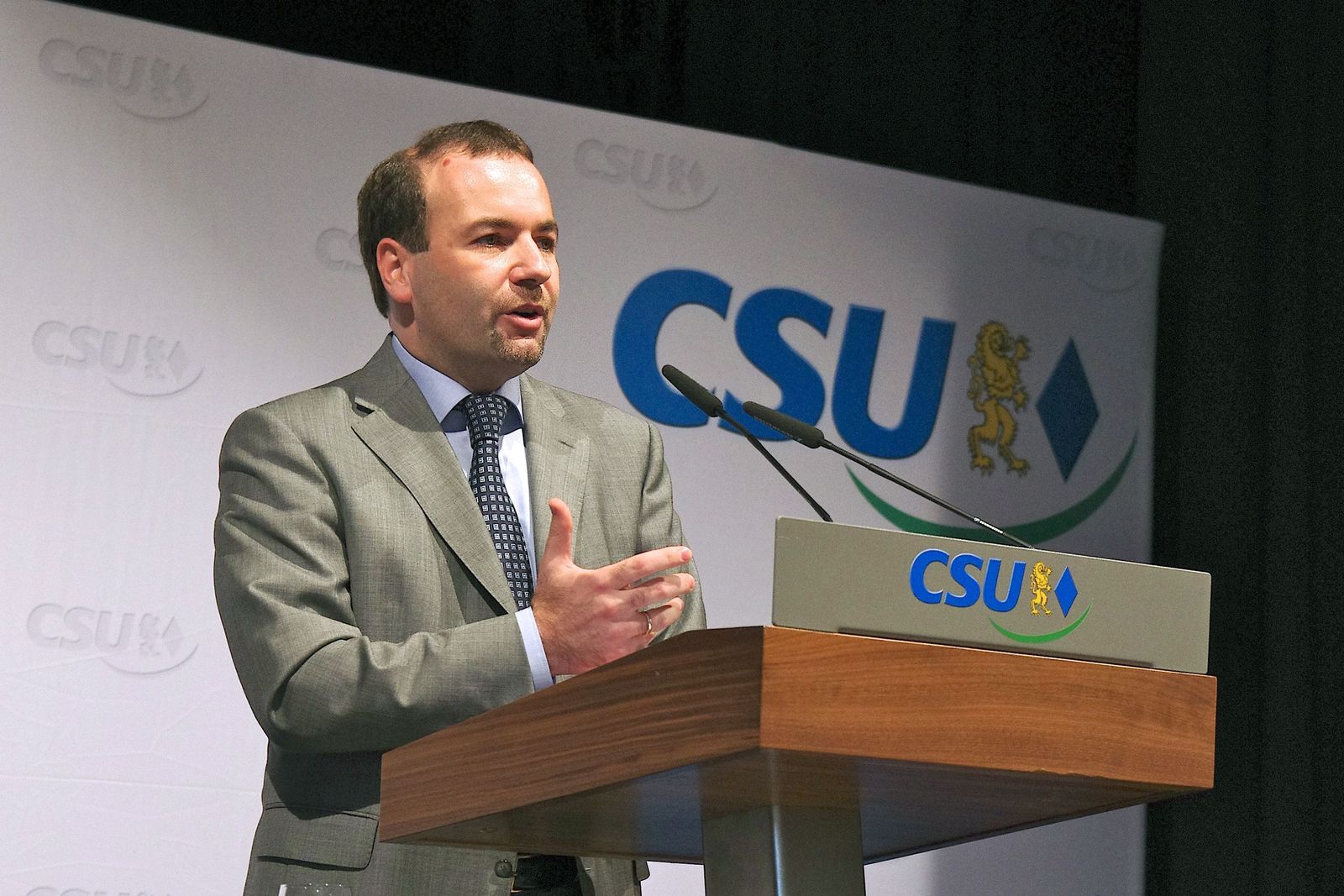 Manfred Weber, of the Christian Social Union (CSU), says he wants to end a data sharing agreement between the EU and the US.