A military judge in Maryland on Wednesday sentenced Private First Class Bradley Manning to 35 years in prison for giving classified government documents to WikiLeaks. The 25-year-old -- who passed over 700,000 government files to Julian Assange's organization, leading to explosive revelations about the behavior of soldiers in Iraq and the activities of American diplomats around the world -- will be eligible for parole in seven years. Manning was also demoted and given a dishonorable discharge from the United States Army.

Manning was found guilty last month by the court on several charges, including espionage, theft, and the wanton publication of intelligence on the Internet, but not guilty of the more serious charge of aiding the enemy. Even so, the prosecutors had called for a prison term of 60 years, out of a possible 90. He will receive a credit of three-and-a-half years on his sentence for time already served and in compensation for harsh jail treatment.

Public reactions to the sentencing have been varied. US Congressman Buck McKeon, a Republican and chairman of the House Armed Services Committee complained about the lightness of the sentence and said, "Given the vast damage he did to our national security and the need to send a strong signal to others who may be tempted to disclose classified information, this is a dangerous conclusion." WikiLeaks, however, described the sentence as a "significant strategic victory."

In Germany, the reactions to the verdict were also mixed. The majority of editorials, however, suggest on Thursday that the Obama administration was unduly harsh in its treatment of Manning, and that it did so to send a message to other potential leakers of classified information:

"And so this is the takeaway: Someone who commits a crime while wearing a uniform can expect protection only if the public doesn't find out about it. A person who uncovers such crimes and makes them public is subject to criminal prosecution. No, the United States is not a dictatorship -- but when it comes to the cover-up of crimes conducted in the service of the state, they behave as if they are one."

"President Obama still has a halo from the fact that not he, but George W. Bush started all of this. Many people would consider it an act of revenge to bring the people responsible from that presidency to justice -- something that one should not do. But it should be done. Not for populist reasons, but because it's the right thing to do."

"… an acquittal of Manning would have meant the self-abandonment of state authority. The classification of something as secret doesn't always indicate an attempt to disguise illegal activity. For Bradley Manning as well as Edward Snowden the following is true: If they had suspicion of illegal activity, they should have tried to contact lawmakers, and not an Internet group or a foreign country. Trust in the institutions belongs to a long-lasting democracy. Bradley Manning didn't consider that."

"… one should evaluate the plethora of information passed along by the private in a variety of ways. It is one thing to endanger the lives of comrades, it is another thing to disclose diplomatic cables that damage America's reputation and it is another thing to reveal the criminal, seemingly willful shooting of civilians from a combat helicopter. Can we be sure this incident would have come to the public's attention any other way? All in all, the private must have been aware of his country's -- from European perspective often archaic -- penalties (for this act) from the beginning. But Manning and whistleblower Edward Snowden aren't alone. How can it be that the lowest ranks in the military and secret service have access to sensitive information?"

"The American military court could have sent a double message in the Bradley Manning case: Yes, Manning committed a crime, in that he released confidential documents. And no, this is not a reason to send him to jail for the overwhelming majority of his life. By doing so, the court would have taken into account that Manning acted out of idealism, that he has apologized and that the damage for the United States has remained negligible."

"But, even if Manning manages to be released early, 35 years is a draconian penalty. Although it falls short of the prosecution's exorbitant call for 60 years, the sentence is a brutal one. The government has been given the appearance of mercilessness that it wanted: that if a person reveals secrets, that person betrays his or her country, and will receive what is essentially a life sentence. A person who wants to give information to the public because the state is headed down a wrong and even dangerous path, will be treated like a murderer." 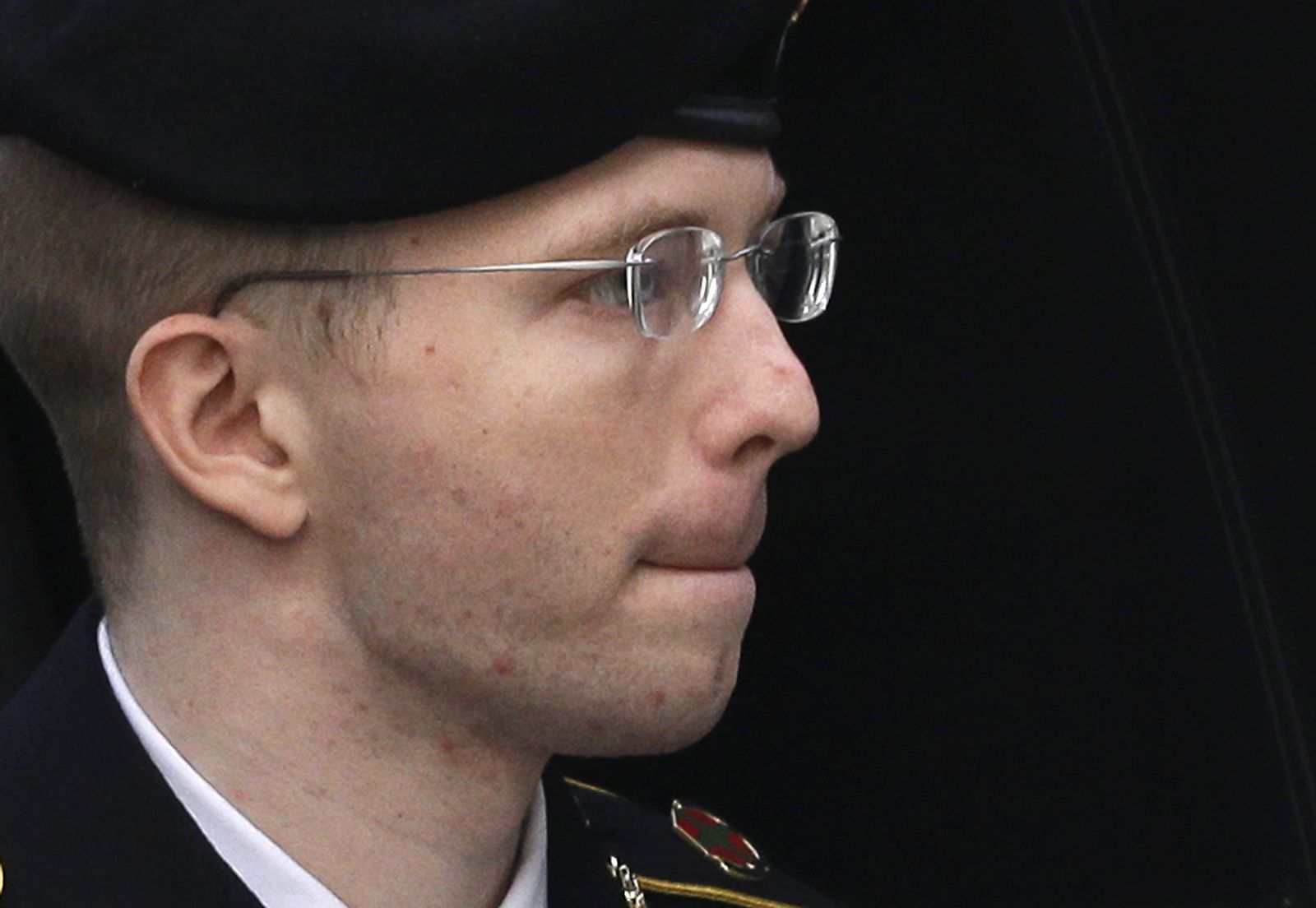 Bradley Manning is escorted into a courthouse in Fort Meade, Maryland on Aug. 21, 2013, before his sentencing.