Iran and the West reached a deal on Sunday to curb the Iranian nuclear program in exchange for a loosening of sanctions, launching a rapprochement that could end a long standoff and avert the threat of war.

The interim pact between Iran and the US, France, Germany, Britain, China and Russia runs for six months and halts Iran's higher-grade enrichment of uranium and the construction of the Arak heavy-water reactor. It also increases the frequency of United Nations inspections.

In return, Iran could obtain access to revenue from trade in gold and precious metals and oil exports.

But the agreement will not allow any extra Iranian oil into the market or let Western energy investors into the country, US officials said. The sanctions system will remain in place, including a ban on Iranian use of the international banking system, until a final deal is reached that aims to remove all risk of Iran building an atomic bomb.

US Secretary of State John Kerry said Sunday's deal was only a start.

"Now the really hard part begins and that is the effort to get the comprehensive agreement, which will require enormous steps in terms of verification, transparency and accountability," Kerry said at the start of a meeting in London with British Foreign Minister William Hague, Reuters reported.

Israeli Prime Minister Benjamin Netanyahu said the agreement was a "historic mistake." US President Barack Obama reassured him in a phone call on Sunday that the US would remain firm in its commitment to Israel.

German media praise the agreement but caution that the bulk of the sanctions must remain in place until Iran has proven its commitment not to build a nuclear bomb.

"Iran's concessions are significant but don't mean the end of the nuclear program. The Western protagonists likely decided that they couldn't get any further than that through negotiation, which is probably a realistic assumption. It's worth noting that the sanctions imposed on Iran worked by causing the leadership in Tehran to embark on a charm offensive. It is now prepared to meet demands made by the international community for, for example, unrestricted inspections and a limit on uranium enrichment. In return, some sanctions are being loosened, but the core of the sanction regime will remain intact. That's a good thing. Any further loosening must be linked to whether and how Iran actually cooperates. If an instrument is working, one shouldn't abandon it prematurely."

"The rapprochement that has been achieved is still only incremental. But since President Hassan Rohani's election, power in Tehran is in the hands of a group of politicians who see the end of the three-decades-old confrontation with the West as the solution to all problems.

"If the first step towards a comprehensive relationship of trust can be built on, America's Middle East policy will get a whole lot easier. This applies to Lebanon and Palestine, and even more to Iran's neighbors Iraq and Afghanistan, from where most of the US troops are to be withdrawn over the coming year. Iran's good will -- or its potential to be disruptive -- can have a lot of impact everywhere in the surrounding region."

"So far, the Geneva agreement is just a test of Tehran's seriousness. Everything, truly everything, now depends on Obama not getting carried away by grand historic, global political visions. There must be complete certainty that Iran is opening up all its centrifuges and letting the inspectors do their work without obstruction. There are too many historical examples of deceitful dictatorships and betrayed democracies not to remain very suspicious regarding Tehran. Even if President Rohani does turn out to be a Shiite Gorbachev, it must be established beyond any doubt that he really is in charge in Tehran, and not groups who embrace the terrorist strategies of the Al-Quds Brigades. It's an exceedingly bold assumption that six months will suffice to achieve this certainty."

"Just a year ago, the world feared that an Israeli air strike could tip the whole region into a war; now there is hope of a peaceful settlement. This is the second time in a short period that there has been an unexpected change for the better in the Middle East. Less than three months ago, Syria reached an agreement with the international community to destroy its chemical weapons. No one would have thought that possible, especially in the middle of a civil war. In both countries, the application of pressure played a major part.

"It's part of the irony of history that Obama is celebrating his biggest foreign policy successes at a time when his reputation at home and around the world is at a low point. Four years after the US President was awarded the Nobel Peace Prize so prematurely, he's well on the way to earning it." 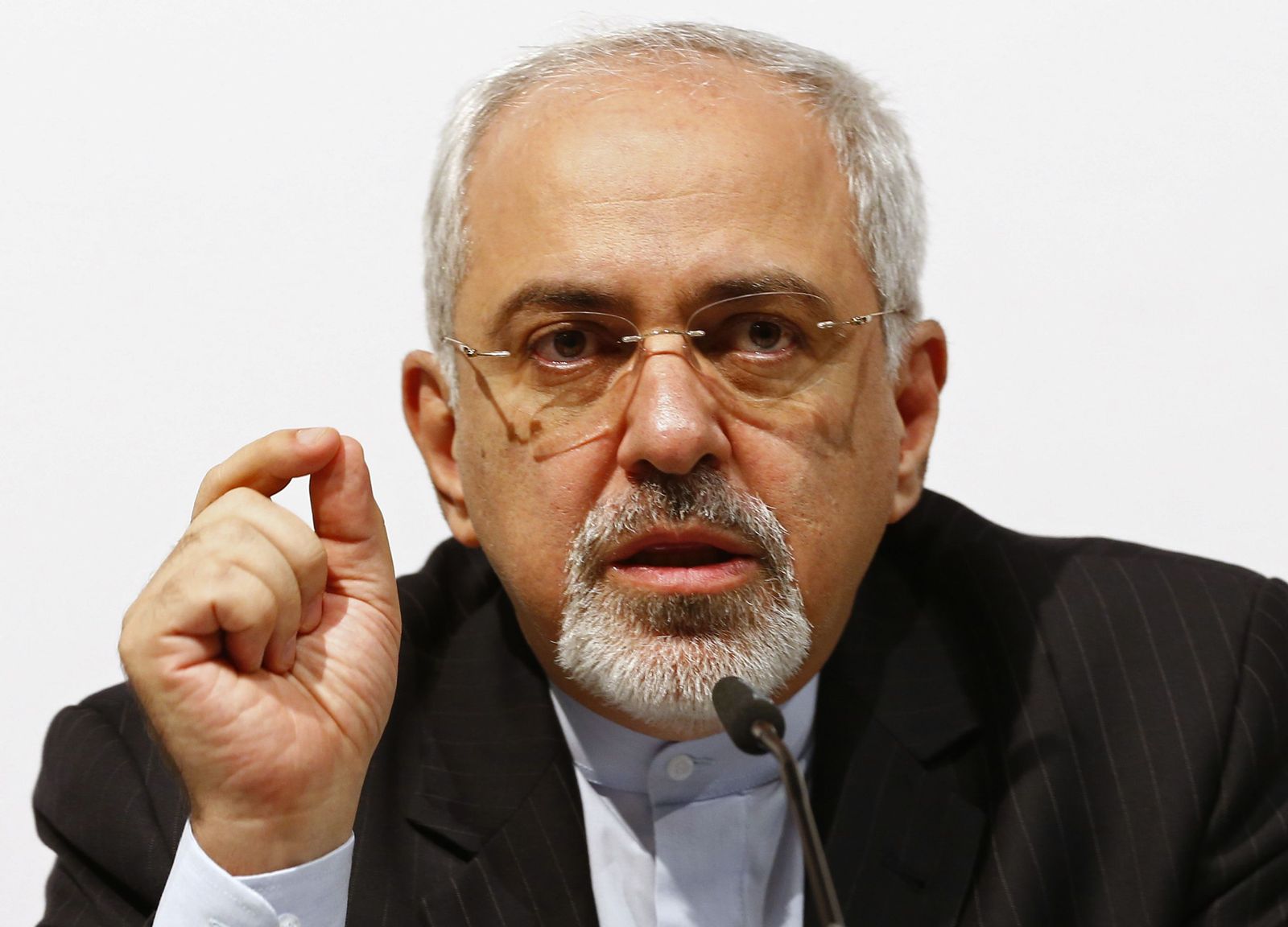 Iranian Foreign Minister Mohammad Javad Zarif speaks to the media in Geneva on Sunday after the deal was reached.