Relief and cautious optimism followed Saturday's 10-hour dialogue between Tehran and six world powers. Despite the gaping differences, the Istanbul talks broke a 15-month stalemate and were described as positive enough for the sides to schedule another meeting for May 23.

Western participants in the closely watched talks welcomed Iran's openness in discussing its nuclear activities, a discussion Tehran had blocked since early last year. Benchmark oil prices dipped on Monday as the markets welcomed the outcome of the Istanbul meeting.

But a concrete deal remains elusive and the risk of war persists following Israel's threats of "pre-emptive" strikes if Iran does not halt some aspects of its nuclear program.

Despite early signs of progress, the two sides still remain far apart in their positions. Iran pushed for an end of sanctions and international recognition that its uranium enrichment is for peaceful purposes. Meanwhile, the United States demanded evidence that the Islamic Republic is not creating a potential nuclear arsenal. Both Washington and Israel have threatened to forcefully eliminate any nuclear weapons Iran might seek to develop.

Diplomats warned that the clock is ticking, saying firm agreements are needed to quell the threat of escalation. "While the atmosphere today was positive and good enough to merit a second round, we continue to stress ... the window for a diplomatic resolution is closing," a senior US official told reporters after the talks.

"We expect that subsequent meetings will lead to concrete steps towards a comprehensive negotiated solution which restores international confidence in the exclusively peaceful nature of the Iranian nuclear program," she said.

Negotiators across the board described the talks as positive. The Russian delegation described the meeting as "business-like," and US Deputy National Security Advisor Ben Rhodes called the talks "a positive first step".

Still, in Berlin, German Foreign Minister Guido Westerwelle said: "One thing is clear -- the time for playing any tactical games has long run out. We expect that Iran be ready to sit down constructively at the table and to lead serious and target-oriented negotiations on all the pending issues."

German commentators are similarly circumspect. Editorialists at newspapers from a range of political leanings warn on Monday that the threat of war continues to overshadow any small steps made on Saturday.

"Iran has forced the world to accept its bid to play for time. Despite the enormous effort and punctual help from the Russians, the West could only slow rather than stop Tehran's march towards atomic bomb capability."

"The group-of-six meeting in Istanbul expressed its hope that 'concrete steps' towards a comprehensive negotiated settlement will be decided at future meetings with Iran. But it is implausible that anyone in the West can contemplate striking a 'grand bargain' with (Iranian Supreme Leader Ali) Khamenei, a deal to heal the wounds of 33 years of 'Islamic revolution.'"

"It is unlikely that Khamenei will opt for a new deal, in the spirit of newfound trust, as his emissaries claim. If that were the case, Iran would have responded to Barack Obama's offers three years ago instead of secretly expanding its new uranium enrichment plant. Khamenei may conclude from the Libyan case that NATO would never have intervened in Libya if Gadhafi hadn't done away with his country's nuclear program in exchange for restored ties (with the West)."

"Therefore, as long as the Ayatollah is at the helm and he doesn't go one step too far, relations with Iran will only develop on a step-by-step basis."

"Would anything short of Iran's capitulation appease Israel? Would anything apart from having its own bomb give Iran's leaders the feeling of security? What's certain is that the compromises put on the table during the nuclear talks -- halting uranium production and strict monitoring of its nuclear facilities in exchange for a loosening of sanctions will merely buy time."

"Without a peace plan restraining the major powers through mutual recognition, regional peace deals and security guarantees, the nuclear issue in the Middle East cannot be resolved. The alternative is war."

"The fault lines in the conflict remain the same even if all sides in the nuclear talks in Istanbul were at pains to surmount them. If Iran is not prepared to accede to the UN Security Council's demands on nuclear enrichment and to grant the inspectors of the International Atomic Energy Agency free access to suspicious plants, there will be no breakthrough. The desire for a diplomatic solution can't mean that Iran avoids backing down on central points. Unless these conditions are fulfilled, there will be no end to the UN sanctions."

"That is why the optimism is justifiably cautious. It will take a lot of diplomatic creativity to bridge the differences. Iran is in a weaker position than it was one-and-a-half years ago because of the tightening of sanctions and the situation in Syria. This time, Iranian negotiator Saeed Jalili is acting as the 'personal representative' of Supreme Leader Khamenei, who has the final say in important decisions in Iran. But will first become apparent in Baghdad (talks on May 23) at the earliest whether he is ready to make anything more than tactical concessions."

"It now comes down to a compromise and above all to the fact that both sides now want something similar. In the past, that was never the case. When the reform-oriented Iranian President Mohammad Khatami stopped uranium enrichment in 2005, the Bush administration was not ready to compromise with Tehran. When current US President Barack Obama reached out to start dialogue with Iranian Revolutionary Leader Ayatollah Ali Khamenei, he was met with stony resistance."

"Now both sides want something. Iran must do without enriching uranium to 20 percent and open its doors wide for inspectors. The US, and above all the Republicans in Congress, must be prepared, in the middle of an election campaign, to pull back sanctions and allow Iran a weaker enrichment level. That is the only way to make a face-saving compromise possible."

"Both sides must be willing to move or there will be a war that will shake much more than just the Middle East. At the very least, the exploding oil prices that would result from such a war would reach us. However, in light of the encouraging first round of talks in Istanbul over the weekend, there remains hope that a peaceful solution will be found."

"The dispute over Iran's nuclear program must be resolved 'step-by-step,' EU Foreign Policy Chief Catherine Ashton said. But all the necessary ingredients for a gradual solution through concessions from the Iranian side, and then the West, have long been on the table. They were discussed in detail in Istanbul as well as in previous rounds of talks."

"But the dynamics of the US election campaign as well as the relationships between the United States, Israel and Iran, prevent any agreement before Obama's possible re-election in early November. Until then, the region faces the danger of war." 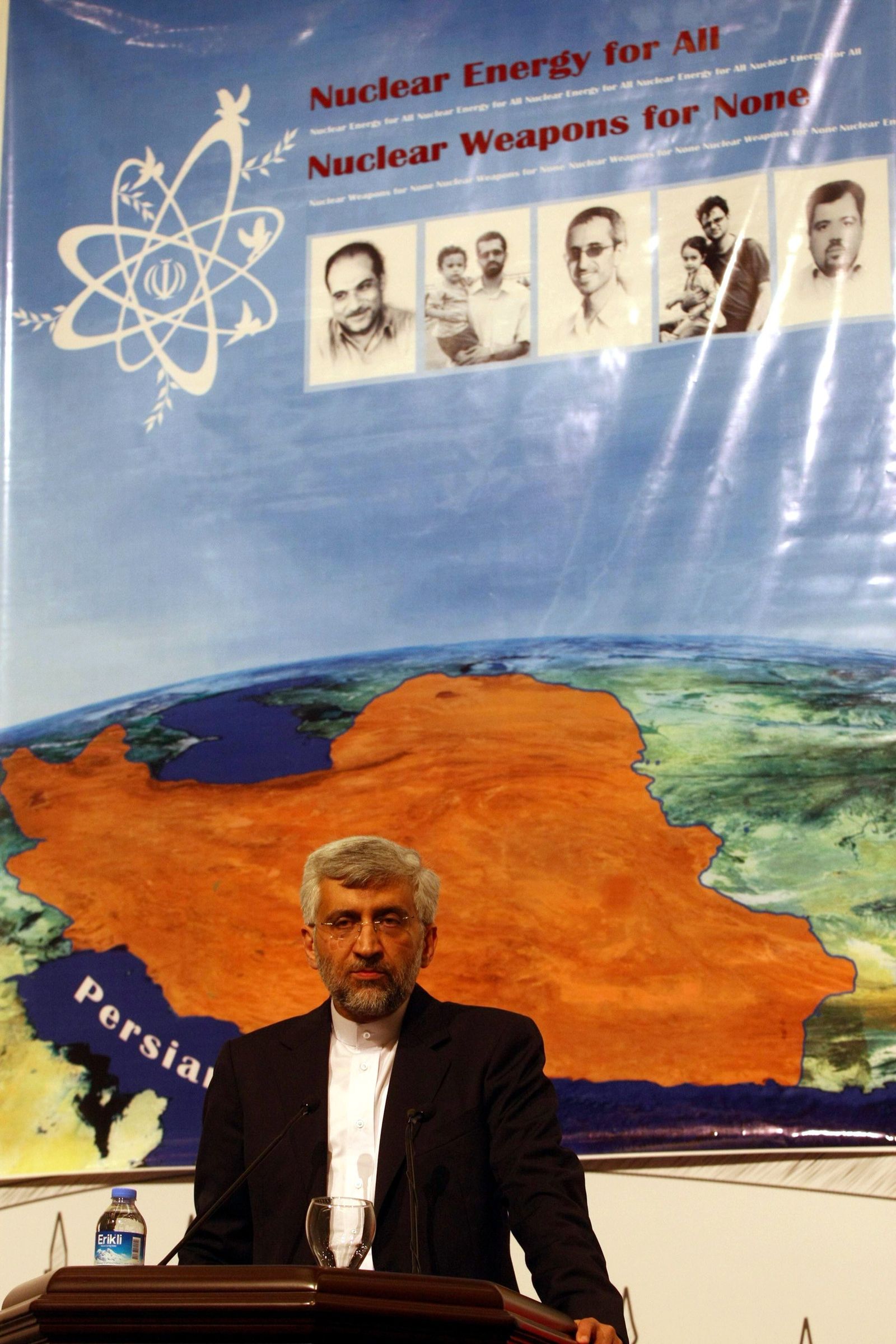