The northern part of the country has been in the hands of Islamist extremist rebels aligned with al-Qaida since spring, Shariah law is becoming a part of everyday life for many and, increasingly, Europeans are viewing developments in Mali as a major threat at their own back door. Consensus, it seems, is growing that the European Union should take on a greater role to ensure the African country doesn't become the next failed state on the continent after Somalia.

Following a meeting on Tuesday with Romano Prodi, the United Nations' special envoy to the region, German Foreign Minister Guido Westerwelle said there were no plans by Germany for Bundeswehr soldiers to participate in any combat missions or for Berlin to provide weapons, but the Germans are discussing possible training for Mali forces. "We are discussing possible logistical, technical and financial aid," Westerwelle said.

One day earlier, German Chancellor Angela Merkel had stated that Germany would be prepared to participate in a European Union-led training and support mission to the North African country, which is on the verge of splitting. Western countries fear that the chaos in Mali could result in the country becoming a safe-haven for terrorists, if it hasn't already. A military intervention by African countries under a UN mandate is becoming increasingly likely and the African Union is expected to present plans for an international mission to the UN Security Council on Wednesday.

A 'Threat' to Europe

Westerwelle has suggested that all international operations in Mali would have to be under African control. Political support from neighboring countries, particularly Algeria, is also necessary, he said.

"We are extremely concerned about the situation in northern Mali," Westerwelle said. "The human rights, security and humanitarian situations are really oppressive. If northern Mali falls, then terrorist schools will be created there … and then not only Mali and the region, the North African nations, will be threatened, but also us in Europe."

Westerwelle and Prodi both said they would prefer a political solution to the conflict if possible. "We want a settlement, not military intervention," Prodi said. Meanwhile, Westerwelle added that "the focus on the military discussion is not appropriate and very premature." It is possible the EU could decide on a possible military aid deployment as soon as a meeting of European foreign ministers planned for Nov. 19. The possible training mission has already been under discussion for some time now.

German Defense Minister Thomas de Maizière believes any mission may require the approval of the federal parliament in Berlin. As defense minister, he said, he could not rule out the possibility that German soldiers would have to use weapons there. "If that can't be rule out, then a parliamentary mandate is necessary," he said.

There are some critics of a possible mission in Germany, including Harald Kujat, formerly the country's former highest-ranking military officer and now retired. Kujat warned the government that an "adventure" in Mali could end in disaster. "The risk that it will turn into an armed conflict is very big," he told the Leipziger Volkszeitung newspaper.

In recent weeks, calls for action have been growing in Brussels and European capitals. France, in particular, has been urging its European partners to intervene. It's a call that is slowly being heard -- not just by politicians in Berlin, but also by editorial pages. Commentators at Germany's leading dailies argue Berlin will have to take that call more seriously in the future.

"German Chancellor Angela Merkel and her ministers are promising that Germany is conscious of its growing international responsibility and that it will participate in more peacekeeping missions in the future. With the planned EU mission in Mali, the next deployment is now taking shape."

"The government and parliament will not be able to ignore the EU's call. In principle, no democratic society can have any interest in the further spread of fundamentalism and terrorism. But Berlin must also prove itself as a reliable partner in the alliance. Germany, though, doesn't enjoy the greatest reputation. Nevertheless, a mission in Mali will be well thought out. The message from Afghanistan is that, if at all possible, the end point of a mission must be clear before it even begins. And under no circumstances can soldiers be dispatched, unarmed and unprotected, because it is 'only' a peacekeeping mission."

"Since its recent election, France has presented itself as a reformed colonial power. François Hollande has sworn the end of the 'Françafrique' system of ill-famed connections between France and African leaders that involves privileges, protection and corruption. But the noble intentions have not hindered France from claiming a role as a hegemonial force within the former colonial empire. The Socialist leadership in Paris is pushing for a military intervention as if France has for time immemorial been asked to serve as Africa's police."

"The argument (being championed largely) by France that a 'second Afghanistan' cannot be allowed to take shape only 1,200 kilometers (746 miles) from the European continent, can't simply be dismissed. If northern Mali were to become a safe-haven and an easily reachable training camp for young jihadists from Europe, then the security interests of every EU country would be threatened. And in contrast to the Libya deployment, EU states in this case can't allow themselves to feel pressured by the French president. Given that Germany did not participate in the Libya mission, there are major expectations of Berlin this time around. At the same time, Hollande should be reminded that his calls for European support would be more persuasive if he were to truly renounce the era of Françafrique."

"What do we actually know about the situation in Mali? Many Germans, and many politicians and soldiers, don't have the slightest idea. German foreign policy experts haven't even made an issue of the fact that something akin to a new 'safe harbor' for al-Qaida and its ilk and a Stone Age Islamist regime is establishing itself there, right at Europe's backdoor. There has been no parliamentary debate and neither the chancellor nor the foreign and defense ministers have done anything to raise awareness of the fact that German interests actually are effected by the North African country."

"There are reasons for an intervention: In addition to containing Islamist terrorism, further destabilization of North Africa must be prevented and natural resources safeguarded. France has already had its troops deployed there for several months now, and Hollande's government is also now asking Berlin for help."

"That could all be communicated through courageous and interests-oriented policies in Berlin. But the politicians aren't doing that." 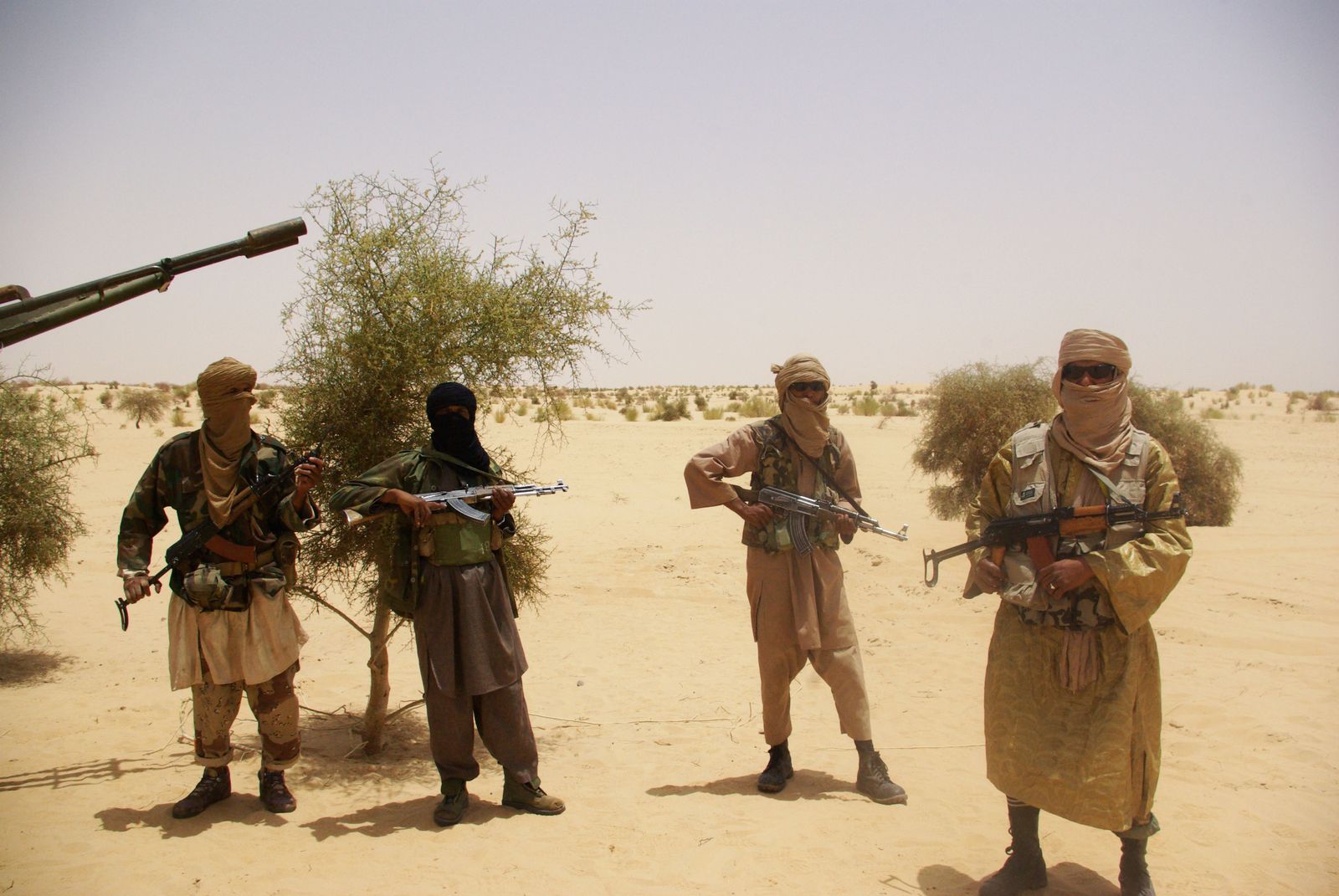 Islamist rebels in Mali: "A Stone Age Islamist regime is establishing itself there, right at Europe's backdoor"