After days of protests over an anti-Islam film, American diplomatic missions in the Middle East and North Africa were braced for further violence after Friday prayers. The US put its overseas missions on high alert.

Germany has closed its embassies in a number of Muslim-majority countries in fear of attacks. "We are observing how the security situation develops with great attentiveness and we have increased security precautions at a number of foreign missions," a spokesman for the German Foreign Office told SPIEGEL ONLINE. Embassies in North Africa, Afghanistan and Pakistan are believed to be among those affected.

The spokesman said that the missions would only close on Friday, though. Other German institutions such as aid organizations have also been urged to increase security precautions, he said. 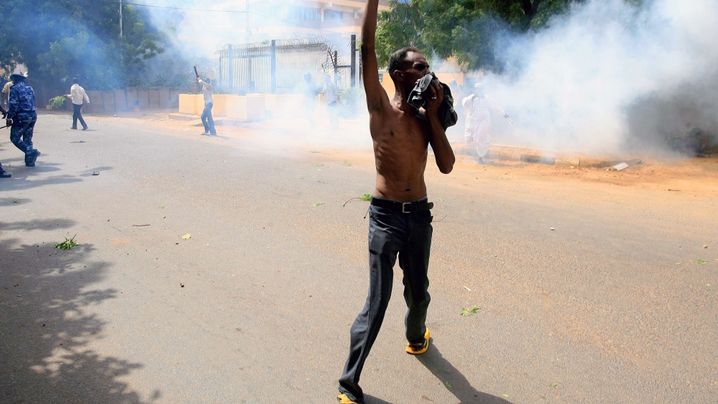 German Foreign Minister Guido Westerwelle said he was "deeply concerned" about the attacks on US embassies. He called on the countries in question to protect foreign missions. "Diplomats have to be able to do their work without fear," he said.

Westerwelle said he could understand the outrage that many Muslims felt about the anti-Islam film. "But this outrage cannot justify violence."

The German army in Afghanistan is also increasing its security precautions. "We are assuming that we will also feel the effects of this whole business," one German soldier told SPIEGEL ONLINE in a telephone interview. "When the people here see the film, they are sure to protest."

The US ambassador to Libya and three other Americans were killed on Tuesday when protesters attacked the US consulate in Benghazi. American officials are investigating the possibility that militant Islamist groups such as al-Qaida may have exploited the Benghazi protests to attack the consulate.

There have been violent protests in Cairo and Yemen since then. On Friday, Egyptian police clashed with protesters after security forces blocked the route to the US Embassy.

The protests were sparked by an anti-Islamic film posted online that features an unflattering depiction of the Prophet Muhammad. US Secretary of State Hillary Clinton denounced the video on Thursday. "The United States government had absolutely nothing to do with this video," she said. "We absolutely reject its content and message." 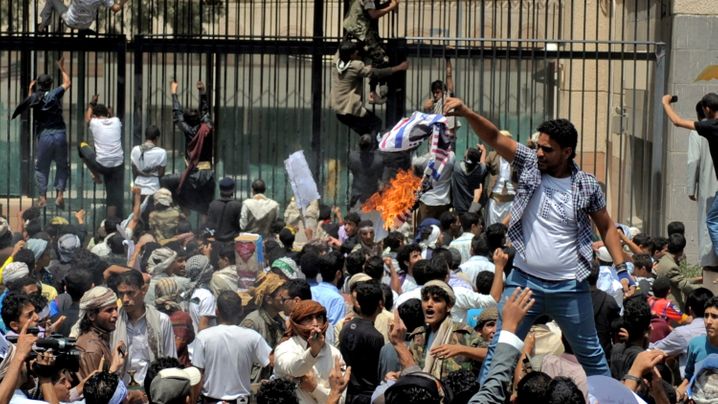 The video and the associated protests have also become an issue in the US election campaign. Republican presidential candidate Mitt Romney used the protests and what he called an apology by the US government as an opportunity to attack Obama.

At a campaign event on Thursday, Obama took a hard line on the attacks. "To all those who would do us harm: No act of terror will go unpunished," he said. "No act of violence shakes the resolve of the United States of America."

Meanwhile, Pope Benedict XVI began a three-day visit to Lebanon on Friday. His visit is the focus of much international attention, given the heightened tensions in the region.

On Friday, German commentators analyze the violence and its implications for US foreign policy.

"The murder of an ambassador in Libya and the attacks on US diplomatic missions in other Arab countries is sure to strengthen the skepticism that more than a few Americans feel toward Muslims and the political changes brought by the Arab revolutions. The deeply held American belief that all you have to do is liberate people from serfdom and dictatorship, and then democracy and a market economy will develop more or less on their own, burned to ash in the trial by fire of Iraq. A fact that academics and historically informed diplomats have always known can now be observed throughout the Arab world: Deeply ingrained cultural attitudes do not change simply because one political regime replaces another. In the long process of building a democratic society, it is not possible to simply skip stages."

"The attacks on US embassies and consulates in the Arab world can not be justified in any way. If it turns out that al-Qaida is behind the attacks, as some US officials suspect, then they are acts of terrorism committed under the guise of religion. If they turn out to be uncoordinated actions by angry believers, then they are an expression of a frightening ignorance. A crazy individual US citizen has uploaded a movie onto the Internet which denigrates the Prophet Muhammad. The US government can not be held responsible for that. But that clearly does not help US President Barack Obama very much. He has to bear the political consequences of the recent events by himself."

"Four years ago, Obama pledged to seek reconciliation with the Muslim world. Now, it is doubtful whether he has succeeded. The US and its European allies now have to ask themselves how much support they still enjoy in the countries of the Arab Spring."

"Since the Arab Spring broke out, there have been many difficult moments in the relationships between America and the Arab nations. But few have been as delicate as this one. America hardly has influence in the region any longer, and now sees itself confronted with anti-American sentiment in places where it no longer controls the dictators. Meanwhile, forces that simultaneously exploit and spurn America are gaining influence."

"Middle Eastern policy is a thankless task for America. But for precisely this reason -- and despite the election campaign -- it would be unwise to pour oil into the fire. The fact that President Obama has deployed destroyers and marines to Libya, and may soon send out drones, isn't a good sign, though. … Should Washington fall into defense mode, as it has in Yemen against al-Qaida, where the anti-terrorism fight is the top priority and there have been civilian victims, then the tables could turn quickly. People in the Arab world want to be more than just a security risk."

"US President Barack Obama's Middle East policy is in ruins. Like no president before him, he tried to win over the Arab world. After some initial hesitation, he came out clearly on the side of the democratic revolutions. … In this context, he must accept the fact that he has snubbed old close allies such as Israel, Saudi Arabia and the Egyptian military. And now parts of the freed societies are turning against the country which helped bring them into being. Anti-Americanism in the Arab world has even increased to levels greater than in the Bush era. It's a bitter outcome for Obama."

"Obama was naive to believe that one only needed to adopt a new tone and show more respect in order to dispel deep-seated reservations about the free world. In practice, the policies of the Obama administration in the region were not as naive as they may have seemed at times, and the Americans have always been much more involved in the Middle East than the passive Europeans. But Washington has provided the image of a distracted superpower in the process of decline to the societies there. This image of weakness is being exploited by Salafists and al-Qaida, who are active in North Africa from Somalia to Mali."

"One thing is clear: If jihadists believe they can attack American installations and kill an ambassador on the anniversary of Sept. 11, then America's deterrent power has declined considerably. For a superpower, it is not enough just to want to be loved. You have to scare the bad guys to keep them in check."

"The conservative US media have already -- excessively -- labeled the anti-US protests in Egypt, Libya and Yemen as a 'wildfire' and interpreted them as a result of Obama's 'weakness.'"

"It's lucky for Obama that his opponent Romney is acting in such a hapless manner. Instead of condemning the attacks in a statesman-like fashion and assuring the president of his support, Romney criticized the government's alleged 'apology' to the demonstrators. That was not just nonsense, but partisan maneuvering at a moment when patriotism would have been appropriate. With his attack, Romney has scored an own goal."

"Three years after Obama's speech in Cairo, which was supposed to initiate a new beginning in the Middle East, the United States now has even less support in the region than before. That's not a failure of this president. Instead, it is the consequences of an American foreign policy that for decades favored power over democracy, and a hard line over human rights -- and which will suffer from a credibility problem for a long time for precisely those reasons."

"Mitt Romney has, however, failed to recognize the very core of the American dilemma. He attacked Obama with twisted facts shortly after the announcement of the death of the US ambassador to Libya, Chris Stevens. He claimed that the US government had sympathized with the attackers in Benghazi. But not only was that factually wrong, it also demonstrated an alarmingly high level of foreign policy incompetence to his own party. None of this would matter, except that Romney wants Obama's job -- and might even get it on Nov. 6."

"Naked hatred is raging against a country that many people in the world regard as a symbol of freedom. When US flags burn, embassies are vandalized, and diplomats are murdered, it is an attack on the West, and not just America!"

"We rooted for the demonstrators at Tahrir Square, and many of us have longed to see democracy in the Arab nations. But democracy includes honoring the lives of fellow humans."

"The turmoil in Libya, Cairo, and Bangladesh is a return to the Middle Ages, when people were beheaded and stoned to death. No pathetic anti-Islam film can justify hate-filled murder."

"The West must be tough on terrorism. And it must show that it can differentiate between rabble-rousers and peaceful Muslims."

With reporting by Hasnain Kazim. 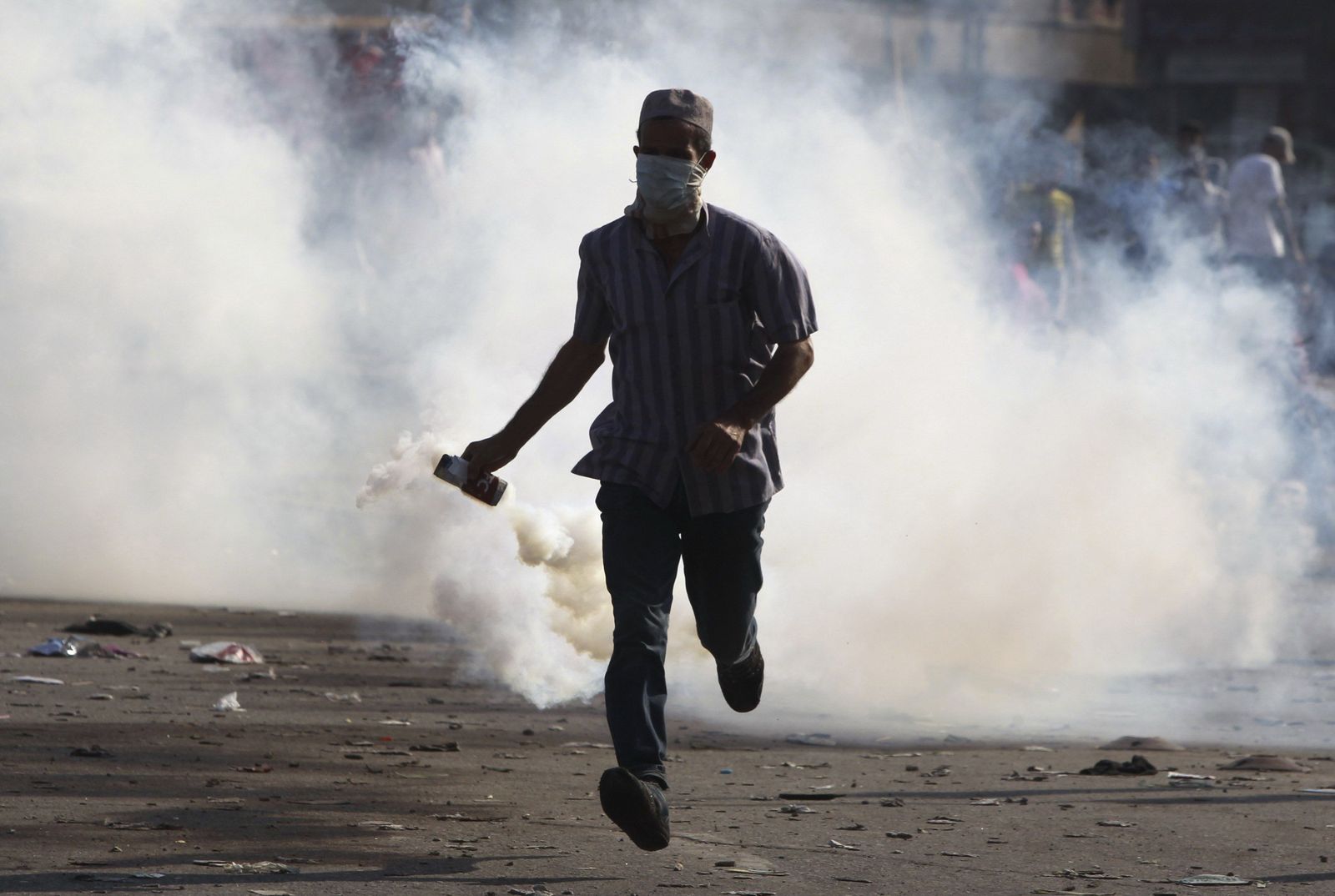 There were clashes between police and protesters in Cairo on Friday.