Preparations for a possible US strike on Syria are underway. According to a report in the Greek daily Kathimerini on Tuesday, Washington has made a formal request to Athens for permission to use two military bases in the country, one on the island of Crete and another on the Peloponnese Peninsula. Citing sources in the Greek Defense Ministry, the paper also reports that increased activity in the country's airspace has been registered. The US has four destroyers in the waters of the eastern Mediterranean according to separate media reports.

The news comes just one day after US Secretary of State John Kerry delivered an impassioned statement in Washington condemning the apparent use of chemical weapons in Syria last week, saying it was a "moral obscenity" and that it "is undeniable." White House spokesman Jay Carney said over the weekend that "there is very little doubt in our mind that the Syrian regime is culpable."

The rhetoric would seem to indicate that a military strike on Syrian forces is imminent. US President Barack Obama has spent days consulting with military leaders in Washington and allies overseas on just such a strike.

And many in Europe would seem to support such a move. British Prime Minister David Cameron cut short his vacation on Monday for consultations on how to move forward on Syria. His spokesman said that London reserves "the ability to take action swiftly if needed," and hinted on Tuesday that the British military was preparing for a response. France too is supportive of a rapid response, with Foreign Minister Laurent Fabius saying "all options are open. The only option that I can't imagine would be to do nothing."

Even Germany on Monday showed an increased willingness to consider a firm response to the use of gas agents in Syria. Chancellor Angela Merkel's spokesman Steffen Seibert said that "the alleged widespread use of gas has broken a taboo. It requires consequences and a very clear response is needed." He repeatedly refused to rule out the use of force.

Still, any move would likely have to be made without full backing from the United Nations Security Council. China and Russia, both permanent members, have come out against a military strike and continue to support Syrian autocrat Bashar Assad. China's official Xinhua news agency warned on Tuesday that the rhetoric from Washington is reminiscent of that in the run up to the invasion of Iraq in 2003. Statements from Xinhua are generally considered to be indications as to how the government in Beijing is thinking.

Russia too has drawn parallels with Iraq. The country insists that there remains a paucity of proof that poison gas was used in the attack last Wednesday and that Assad was behind it. The US on Monday postponed talks with Russia on an international peace conference for Syria, a decision that Moscow called "regrettable."

With the US opting for direct consultations with specific European leaders -- Merkel, Cameron and French President François Hollande first among them -- the European Union has taken a back seat on the Syrian issue. On Monday, EU foreign policy chief Catherine Ashton said that it was "extremely important" for any Syrian response to be backed with a UN mandate.

German editorialists on Tuesday warn that a military strike, while tempting, may only make things worse.

"Humanitarian wars are also wars. Those who jump into them for moral reasons should also want to win them. Cruise missiles fired from destroyers can send a message and demonstrate conviction, but they cannot decide the outcome of a war. Neither can a "we'll see" bombardment. There has to be a strategic motivation behind the moral one, and it demands perseverance."

"There are plenty of possible strategic considerations. One is that of challenging Russia and Iran, both of which are pursuing the cold calculation of saving Assad to increase their own influence in the region. For the Obama administration, another motivation is that of demonstrating America's weight in the region following years of retreat. Then there is the consideration of keeping Israel from launching its own, ill-considered attack. Thus, the Assad regime must go -- and the Iranian/Russian bridgehead along with it. This, of course, would merely be the first war. After that, a second one would have to be fought against al-Qaida and the Al-Nusra Front to prevent the country from becoming a source of Islamist terror."

"Following this logic shows that there is no such thing as a short and cheap war…. Moral imperative versus interests and ability: the gas attacks change little in this conundrum. Doing nothing is also not a solution. But whatever is done should be well considered. Entering a war is always easier than winning it."

"It is a human reflex. More than that, those who, upon seeing the images of the many murdered Syrian children, did not feel the impulse to immediately invade the country have lost their humanity. Which makes it all the more reassuring that Germany's political parties have not sought to use such emotions for their political advantage."

"But the emotions triggered by the pictures of dead children cannot be the decisive factor. We know that short-term military successes do not always mean long-term improvements for the people involved. Especially now, at a time when the region seems so flammable, all alternatives to a military strike must be considered."

"A broken taboo, a crime against civilization -- Chancellor Angela Merkel and Foreign Minister Guido Westerwelle have chosen noticeably clear words to condemn the poison gas attacks in Syria, and they, along with other Western leaders, have left little doubt that they believe Assad is behind them. Merkel made it clear that the deed … must be punished. The question is, by whom?"

"First and foremost, it is up to the United States as to whether there will be a military reaction. President Obama is primarily concerned about securing Syria's chemical weapons, not about Assad. That is certainly a serious enough motivation. And still he will have to consider the possible consequences for a troubled region. Warnings that violence could spread are justified -- and obsolete. The Syrian war has long since crossed the borders into Lebanon and Iraq. Berlin, meanwhile, wants to be on the side of its allies this time, rather than on the sidelines as it was during the Libya response. Without direct military involvement, of course." 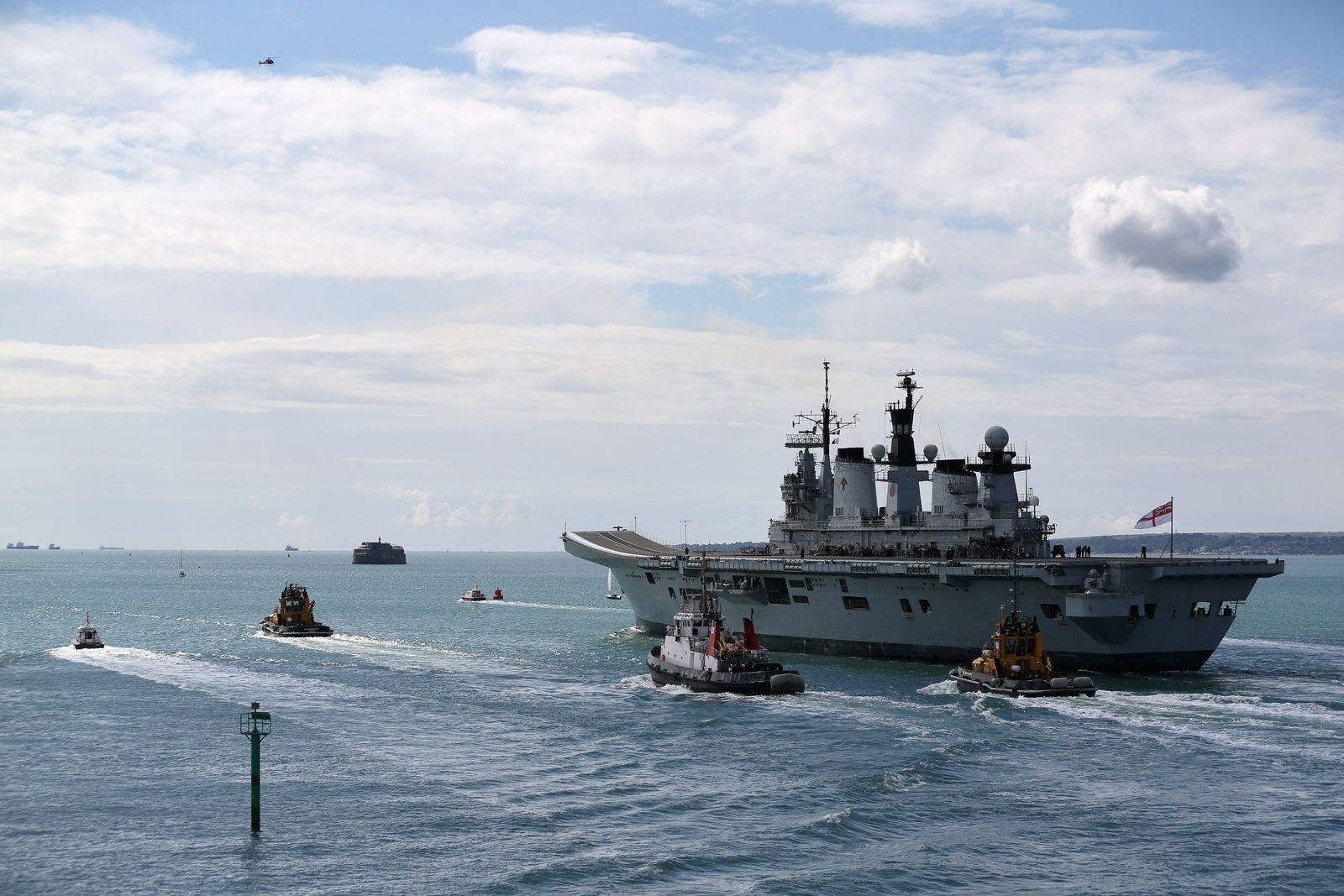 The UK and the US are preparing for a possible military strike on Syria.