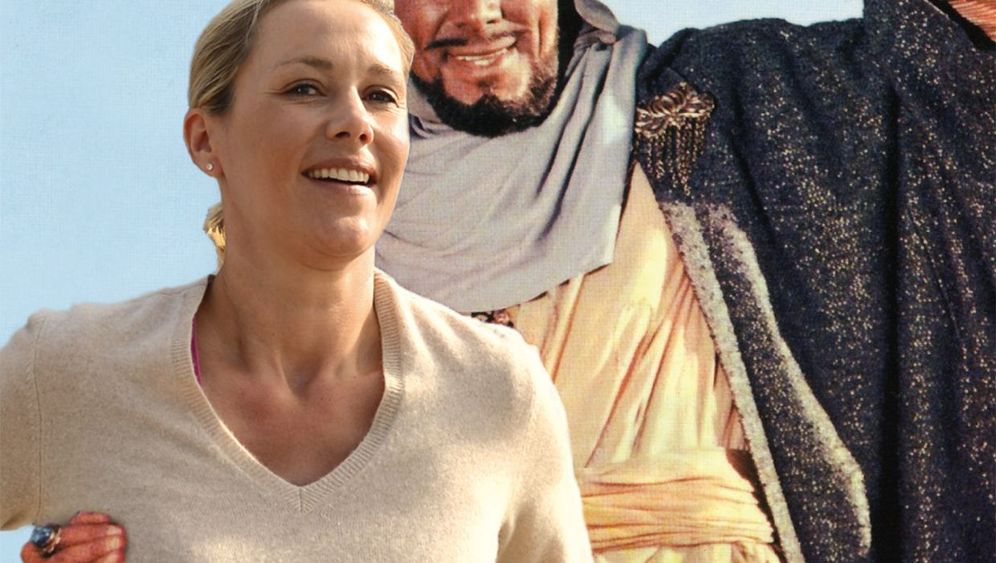 As if the outrage against the anti-Muslim film "Innocence of Muslims" wasn't enough, the French satirical magazine Charlie Hebdo on Wednesday published an issue containing several caricatures of the Prophet Muhammad. The move seems likely to further inflame passions incited earlier this month in the Muslim world by the release of a trailer for a strikingly Islamophobic film in the US.

Not to be outdone, Germany's leading satire magazine Titanic is likewise jumping into the fray with an Islam issue of its own, set for publication later this month. The cover story imagines what it might look like if Germany's embattled former first lady, Bettina Wulff, were to make a Muhammad film of her own. Many are concerned that the publication could make Germany even more of a target of Muslim anger than it already is.

Titanic most recently made headlines in Germany in July with a cover depicting Pope Benedict XVI soiling himself front and back accompanied by the headline "The Leak Has Been Found," a play on the Vatileaks scandal. The Catholic Church initially took legal action against the publication but has since backed down.

In light of the decision to move ahead with a cover story on Islam, SPIEGEL ONLINE spoke with Titanic Editor-in-Chief Leo Fischer about satire and the fine line between humor and right-wing propaganda.

SPIEGEL ONLINE: What do you think of the Muhammad caricatures in the most recent issue of Charlie Hebdo?

Fischer: They aren't the kind of caricatures that could appear in Titanic. They are relatively simplistic. But given the protests in the Muslim world, during which people have even been killed, the publication of the drawings is a relatively peaceful and harmless reaction. The editors of Charlie Hebdo haven't killed anyone.

SPIEGEL ONLINE: It is a touchy situation. On the one hand, the satirists of Charlie Hebdo point to the freedom of the press. On the other hand, however, they are putting wind in the sails of Islamophobes.

Fischer: Nobody wants support from the wrong side. If satire simply attracts extremists in a vacuum, then it is right-wing satire. Furthermore, insults without cause are boring. When we did the pope cover …

SPIEGEL ONLINE: … the July issue showing Pope Benedict XVI soiling himself accompanied by the headline "The Leak Has Been Found" …

Fischer: … many sneered that we wouldn't have had the courage to do a similar cover with Muhammad. But the satirical cover was concretely linked to the Vatileaks affair. Now, everybody is talking about Muhammad and we are reacting. Cheap provocations such as the film "Innocence of Muslims" inflame people around the world -- one can imagine that in such a situation Bettina Wulff (eds. note: the wife of former German President Christian Wulff who recently published her controversial memoirs) might also try to attract support with cheap criticism of Islam. We find that objectionable.

SPIEGEL ONLINE: Does the image on your cover depict Muhammad?

Fischer: I don't know for sure. It is a scene from a film.

SPIEGEL ONLINE: It could be that not all Muslims around the world will understand your humor.

Fischer: That could be. But we are on the side of the protesters. I am afraid that Bettina Wulff could provide further impetus for the current unrest in the Muslim world.

SPIEGEL ONLINE: Or is it Titanic itself that is fomenting this unrest?

Fischer: We see ourselves as being completely on the side of the believers.

SPIEGEL ONLINE: Are you also on the side of those who attempt to increase their circulation with Muslim jokes?

Fischer: Titanic has never had an extensive number of German-Muslim readers. Should this issue result in new subscribers among Muslim satire fans, I would have nothing against it.

SPIEGEL ONLINE: The cover of the current issue of Charlie Hebdo shows a Muslim in a wheelchair being pushed by a Jew under a headline saying that you can't make fun of either of them. Isn't that just standard right-wing screed to the effect that it is impossible to speak freely about Muslims and Jews?

Fischer: I interpret the cover differently. I think it is a reference to the film "The Intouchables."

SPIEGEL ONLINE: Nevertheless, Titanic is not particularly known for joking about Jews.

Fischer: There you are mistaken. At the height of the affair surrounding Günter Grass' Israel poem called "What Must Be Said" we had an issue called "The Truth about Jews."

SPIEGEL ONLINE: One can imagine that Grass might even agree with Charlie Hebdo that it is not possible to speak freely about Jews.

Fischer: That would, of course, be completely grotesque. People are constantly claiming that it is taboo to criticize Israel publicly. Grass, though, published his Israel-critical poem in the (German daily) Süddeutsche Zeitung. Is that not public?

SPIEGEL ONLINE: Charlie Hebdo has now received support from the far-right in France, including from the leader of the Front National Marine Le Pen.

Fischer: They are just gratefully grabbing at the magazine's coattails. It is a transparent strategy.

SPIEGEL ONLINE: Do you personally feel threatened by extremists?

Fischer: I consider the view that European Muslims are nothing more than sword-swinging crazies to be racist. I am relying on their understanding -- and on their indifference.