The German government over the weekend reached a decision on the weapons it plans to ship to the Kurds in northern Iraq to help them combat the advancing militants from the Islamic State (IS). But SPIEGEL has learned that it won't be easy to find a legal path to actually deliver those weapons. Furthermore, some of them may end up being used against former German soldiers.

According to security sources in Berlin, around 20 former members of Germany's Bundeswehr, as its military is known, have traveled to Syria and Iraq, apparently with the intention of joining Islamist extremist groups there. They join an estimated 400 other German jihadists who have already traveled to the region. Most of those, however, had no previous military experience, making the 20 trained Bundeswehr soldiers particularly valuable.

MAD, the German military's intelligence service, sees Islamism as a growing problem within Germany's military. Just recently, a former Bundeswehr sergeant, who had previously been decommissioned because of his Islamist leanings, was prevented from traveling to the crisis region.

Over the weekend, Hans-Georg Maassen, head of the Office of the Protection of the Constitution (BfV), Germany's domestic intelligence agency, voiced concerns that the flow of Islamists from Germany to Syria and Iraq will continue. He said that some younger radicalized Muslims are attracted to IS in particular because of the group's brutality. "The Islamic State is, so to speak, the 'in' thing within the scene," Maassen said. It is "much more attractive than Jabhat al-Nusrah, the al-Qaida offshoot in Syria. What attracts people is its high degree of brutality, the radicalism and the rigor."

Germany Worried about a Kurdish State

Ultimately, IS' brutality led Germany to depart from its decades-old policy of not sending weapons into war zones. After reaching an agreement on sending weapons in mid-August, the German government over the weekend announced what weapons it intends to send. The list included 16,000 assault rifles, 40 machine guns and 240 anti-tank weapons along with 500 anti-tank rockets. Some 10,000 hand grenades and 8,000 pistols are to be sent.

How exactly the arms will get to the Kurds remains unclear. According to German laws governing the export of weapons, any such deal must be approved by the German economics minister who, in turn, needs written assent from the government of the receiving country. But the new government in Baghdad has not yet taken office. Sources have told SPIEGEL that officials in Berlin are currently trying to find a workaround.

German Foreign Minister Frank-Walter Steinmeier and Defense Minister Ursula von der Leyen presented the weapons list on Sunday evening in Berlin, saying the arms shipment should be enough to equip 4,000 Kurdish soldiers. Steinmeier acknowledged that it was a difficult decision, citing the possibility that the weapons may ultimately be used by the Kurds to fight for their own independent state. He told the Hanover daily Hannoverschen Allgemeinen Zeitung that the volume of the shipment was calibrated so that "no arms caches could be established that might later be used in other conflicts."

Steinmeier reiterated his concerns about the founding of a Kurdish state saying that he is worried "that an independent Kurdistan would result in additional Iraqi regions splitting off, for example in the south and surrounding Basra." The result, he continued, would be "new fights over new borders and state territories." That would "result in entire regions becoming ungovernable."

Still, the German foreign minister said, the advance of the Islamists "isn't just a human tragedy of unimaginable proportions but also an existential threat for the region of northern Iraq and for the weak Iraqi state as a whole." 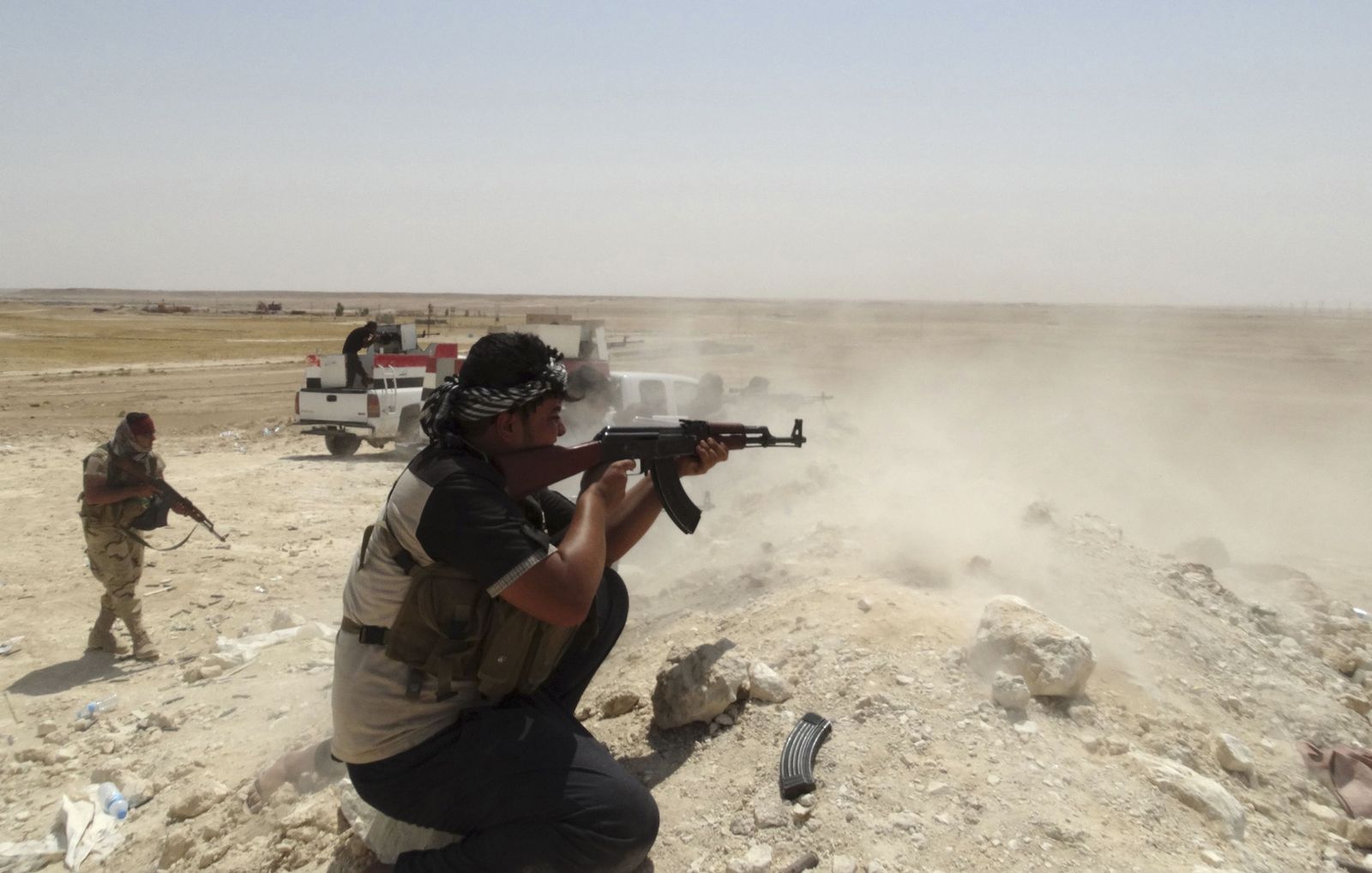 A fighter in northern Iraq during an offensive against the jihadists from the Islamic State.