Amid fears of more violent protests in the Muslim world, the German government has announced it will close its diplomatic missions in the region on Friday, the Islamic holy day.

Many embassies are closed on Fridays in the Islamic world in honor of the holy day to begin with, but a number of German diplomats have received specific instructions to avoid embassies that day. "We have intensified security precautions everywhere in the region, and in some cases increased security personnel too," Westerwelle said.

The news came as backlash continued against the controversial anti-Islam film "Innocence of Muslims," followed by additional unrest in reaction to the publication of Muhammad caricatures by French satire magazine Charlie Hebdo , which added fuel to the fire on Wednesday. Paris subsequently announced it would shutter its embassies in sensitive areas on Friday as a precaution too.

On Thursday, German satire magazine Titanic announced that it would also publish its own Muhammad issue later this month, which could provoke further unrest.

Last Friday the German embassy in the Sudanese capital of Khartoum was attacked and set on fire by an angry mob. It has been closed since, operating on an emergency contingency plan.

Violence continued in the Middle East on Thursday, when hundreds of protesters descended on the French embassy in Tehran. A large police presence, however, managed to prevent the mob from storming the compound. 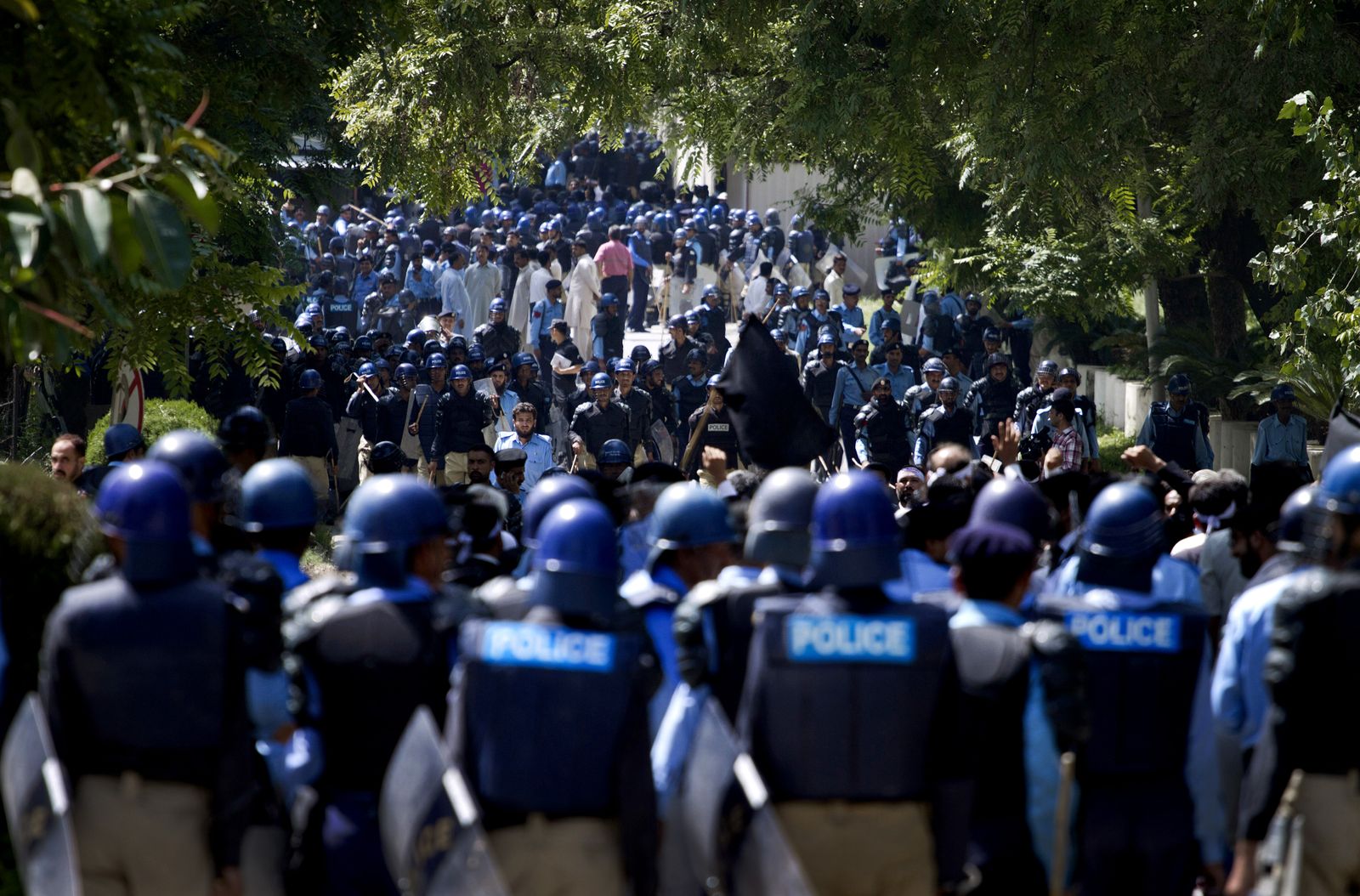 Pakistani police officers stand guard at a demonstration near the US Embassy and other foreign missions in Islamabad, Pakistan, on Sept. 19.