Thomas de Maizière has finally found a way to talk about the greatest challenge of his career. Accordingly, the German military is not planning a "withdrawal" from Afghanistan. Rather, says the defense minister, he would rather speak of it as a "return transfer" of troops back to Germany.

Outside of the German military, of course, nobody uses the term. But it suits the government's convoluted approach to the operation in Afghanistan, which for years wasn't even allowed to be called a "war."

As it happens, the "return transfer" is one of the most pressing problems currently facing the country. Never before has Germany's postwar military, the Bundeswehr, had to execute such an extensive and risky military operation.

Some soldiers recall with concern the hurried exit of American troops from Vietnam: scenes of local aids grabbing for the runners of rescue helicopters on the roof of the US Embassy in Saigon. "The withdrawal is the biggest challenge for the Bundeswehr since its conception," says Green party defense expert Omid Nouripour.

A visit to the Bundeswehr bases between Masar-i-Sharif and Kabul makes clear just how great are the complexities facing the military. Innumerable mobile shelters lie spread across great expanses, their roofs secured with sandbags and the perimeter circled with elaborate fences and high walls. The camps are small technical miracles. There are integrated field hospitals, such as at Camp Warehouse in Kabul, fitness centers and cantinas. There are even bars and supermarkets selling sweets from back home.

Much of this must return to Germany before the end of 2014. And that's where the problems start. Because air transport is too expensive, a significant amount of the materials have to be taken back by train. But that's extremely complicated given neighboring countries such as Iran and Pakistan. Even Uzbekistan -- the Bundeswehr's smallest problem when it comes to collaboration -- is anything but a reliable partner.

Because of Afghanistan's untrustworthy neighbors, Masar-i-Scharif is becoming a vital traffic junction. A significant portion of the NATO withdrawal is running through the northern city, which is overseen by Germany. To secure the airfield alone, the Bundeswehr needs 1,500 soldiers -- a burden that Germany can't shoulder by itself, given that troop levels are to be reduced simultaneously.

Defense ministers still active in Afghanistan met last Wednesday. The Bundeswehr cannot secure the facilities in Masar-i-Sharif alone, Maizière said, asking that the burden be shared. Mongolia and Afghanistan's new defense minister pledged their support, but it remains to be seen if indeed the situation will improve.

Several political questions also remain unanswered. To be sure, German Foreign Minister Guido Westerwelle and de Maizière recently reached agreement on an important point of conflict relating to the next Afghanistan mandate, set to be approved by German parliament in January. The new mandate is to extend for longer than 12 months and will encompass the difficult Afghan elections scheduled for early 2014. Furthermore, the two ministers agreed to reduce troop levels to below 4,000 over the course of 2013.

It remains unclear, however, if German combat troops will remain in the country beyone the end of the ISAF mission. Officially, only military trainers are to stay on in Afghanistan beyond 2014. Yet these soldiers will be carrying out their duty in a war zone, and not in a classroom.

A Clause with Implications

To emphasize the non-combat nature of the new mission, the defense ministers in Brussels came up with a new name. After 2014, ISAF is to be called ITAAM, short for the International Training, Advisory and Assistance Mission. Instead of security and force, the new mission is to emphasizs training and the giving of advice.

De Maizière, however, wants to make it clear that ITAAM also includes "the protection of our own soldiers." It's a clause with significant implications, allowing for German combat units to be stationed in Afghanistan even beyond 2014. Each advisor needs the protection and support of up to eight soldiers. De Maizière is pushing for the burden of protection to be shared among NATO partners. "If everyone says I only want to train, that won't work," cautioned the minister.

Volker Wieker, general inspector of the Bundeswehr, was even more direct at a recent event in Berlin. It looks like the mandate will be "in accordance with Chapter VII of the UN Charter," he noted, which would allow for the use of force.

Elke Hoff, a military expert with the Free Democrats, Chancellor Angela Merkel's junior coalition partners, agrees. "Bundeswehr soldiers must naturally have the ability to use weapons to protect themselves," she says. "To think anything else would be naïve." 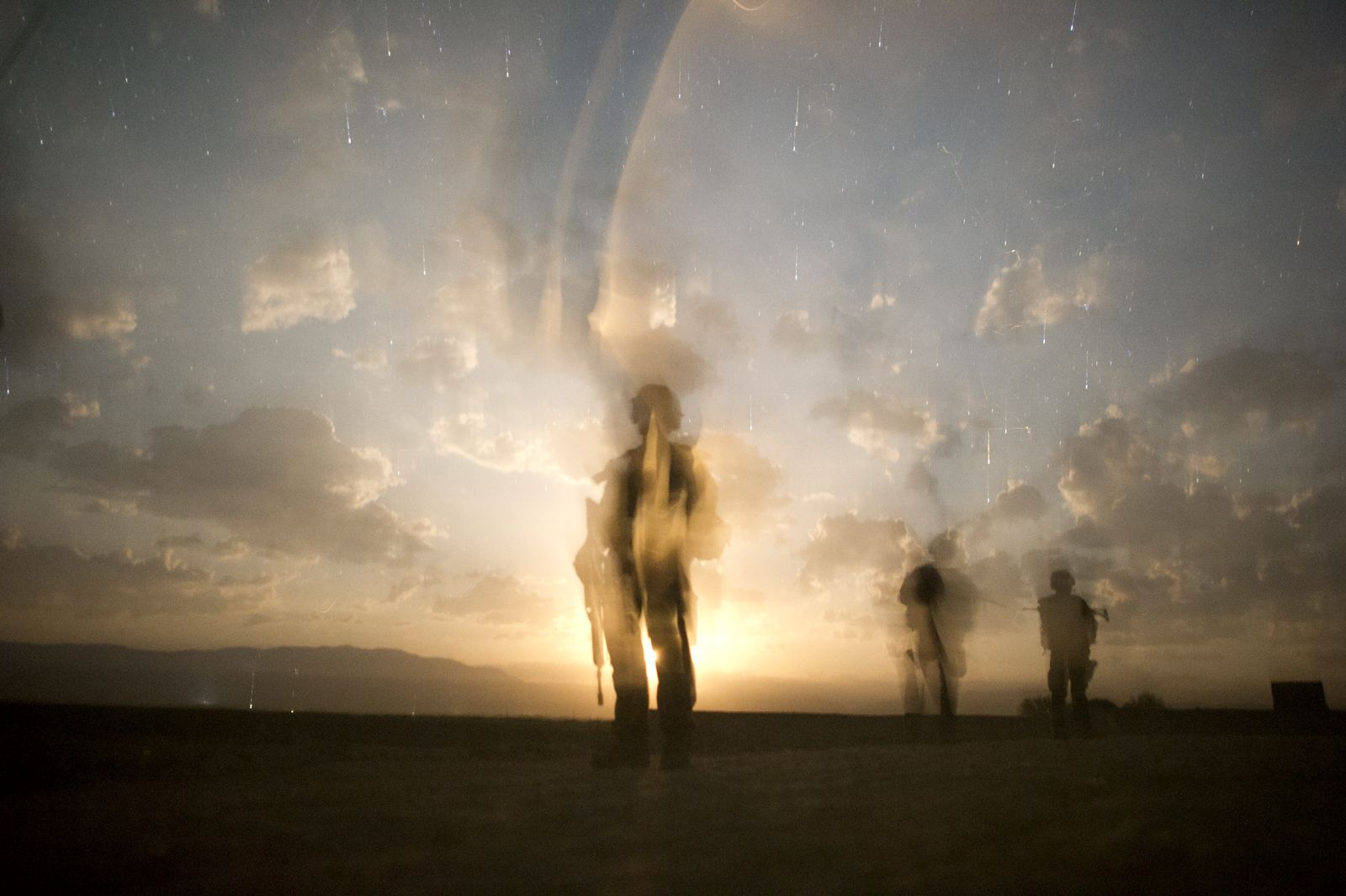 German troops patrolling in Afghanistan. How long will they stay?