France's air force has been pounding targets for almost four days. The country is in a state of war, even if government officials in Paris are reluctant to call it that. They prefer to talk about an "intervention" at the request of the government of Mali. But the facts tell a different story. The pilot of a French attack helicopter died and more than 100 people are reported to have been killed since Friday. The situation on the ground is unclear. On Monday, Islamist rebels conquered the town Diabali, some 400 kilometers (249 miles) north of the capital, Bamako.

The French government has put a time limit on its military assistance. "The intervention will be a question of weeks," said Foreign Minister Laurent Fabius.

That's rather a bold prognosis.

No one can give a realistic estimate of how long France's military action will go on for. It's a risky venture for French President François Hollande. The view of most policymakers in Berlin is that he should receive help, but it's a tightrope walk for Germany. In nine days the two close allies will celebrate the 50th anniversary of the signing of the German-French Treaty of Friendship with a grand ceremony in Berlin attended by the members of the two nation's governments and parliaments.

Mali has been on Berlin's agenda for months. In October, Chancellor Angela Merkel said she supported a joint European Union mission to train and support the Mali forces. And German Foreign Minister Guido Westerwelle doesn't want a repeat of the criticism Germany faced over Libya in 2011, when he was accused of having hesitated too long and then sidelining Germany by abstaining in the UN Security Council vote on a non-fly zone to support the Libyan rebels.

Berlin is offering the prospect of logistical, medical and humanitarian support. It's clear that Merkel's government wants to avoid deploying German combat troops. Merkel's spokesman Steffen Seibert has categorically ruled that out. The main opposition party, the Social Democrats, agree. The SPD challenger to Merkel in a September general election, Peer Steinbrück, said: "There's no question whatsoever of a combat mission by German troops."

But even if Germany doesn't send ground troops, its involvement in Mali is fraught with risks. By assisting France, Germany would in effect be taking part in an attack against radical Islamists ewith close ties to al-Qaida who are already threatening Paris and all nations taking part in the operation with revenge attacks, even outside Mali. Besides, experience shows that once a nation offers logisitical help, it could quickly be asked to get more involved. In the end, Germany could be drawn into very lengthy conflict.

No one in Berlin wants a second Afghanistan. That's why both Merkel's coalition government and the political opposition have been so cautious in their reaction. Philipp Missfelder, the foreign policy spokesman for Merkel's party in the lower house of parliament, the Bundestag, said: "I'm in favor of beng cautious and conducting a thorough review. France has our political support, but we have to very carefully weigh the risks involved in every Bundeswehr deployment." But how far should Germany's logistical help go? Will German Transall transport aircraft also be used, for example, to carry African troops with the Ecowas mission to the country? Current plans envisage setting up a force of 3,300 soldiers comprised of troops from Burkina Faso, Niger, Senegal, Benin, Togo and the Ivory Coast. Missfelder said he would not rule the possibility out, but that it would require "thorough review."

In the opposition, the Social Democratic Party's foreign policy point man in parliament, Rolf Mützenich said nothing about troop movements but make demands on Merkel's coalition. "The federal government needs to report this week on its intentions, its capabilities and the requests that are being made," he said. "In addition, there are questions of international law that need to be answered." Within the Green Party, however, a public dispute has broken out over France's Mali mission. Jürgen Trittin, floor leader of the Greens in parliament, has defended France's move, but foreign policy spokeswoman Kerstin Müller has described the gambit as being "highly risky".

In addition to providing aid for France, Berlin also wants to expedite efforts to establish a training program for the Mali army that has been repeatedly delayed. The EU training operation has been in the works for months now, and a detailed plan calls for up to 200 trainers (including up to 30 Germans) to bring the poorly trained Malians up to speed and to provide them with at least one year of support in their battle against the Islamists. Everything has already been planned, including €5 million ($6.67 million) in financing, but it hasn't gotten off the ground yet. In Berlin, officials at the Foreign Ministry say decisions are expected to be taken "in the next few weeks". And what will that mean in concrete terms?

But even that mission entails risks. If they weren't already before, then at the latest when the French launched their attacks, foreign troops in the country will now be viewed as parties in a war against Islamists. German bases could also face retaliatory actions. Doubts also persist today over how effective that training actually is. Since the putsch, the country has been run by an interim government that was installed by the military, but it is unclear who is actually leading the army. Up until the French incursion, the line had been that the EU didn't want to start its mission in Mali until political reforms in the country had become visible.

With France's unilateral action, that will now be difficult. 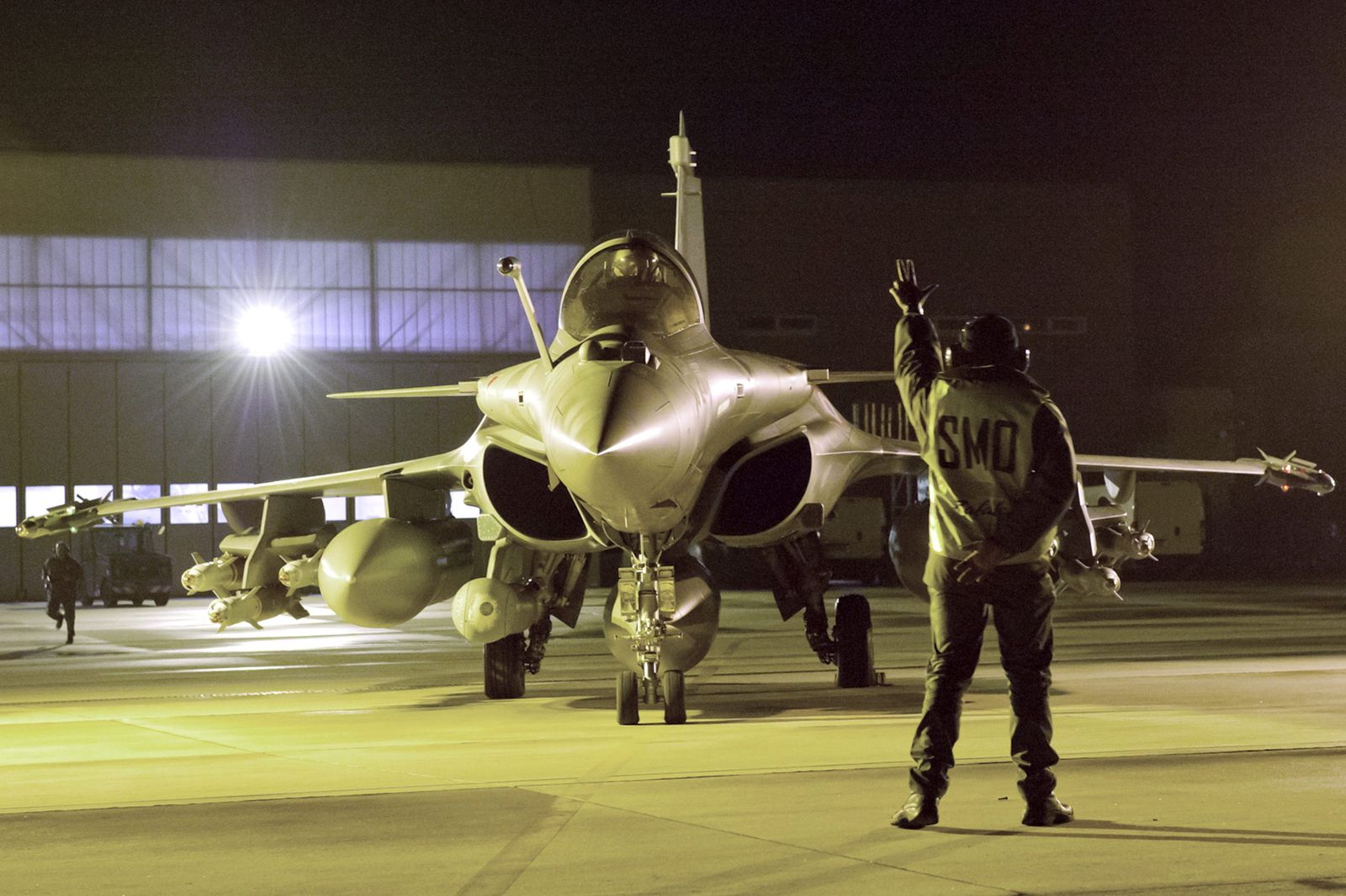 A French Rafale fighter jet in Saint-Dizier, France, preparing for a bombing mission over Mali.