An Egyptian court on Tuesday handed down a harsh verdict in a trial against foreign-funded nonprofit organizations, and sentenced 43 NGO workers to up to five years in jail. The German foundation Konrad Adenauer Stiftung, which is associated with Chancellor Angela Merkel's Christian Democratic Union party, was among the organizations affected, with former KAS branch head Andreas Jacobs likewise convicted on Tuesday. The court ordered that assets be seized from several of the NGOs as well, including three from the US.

Most of the foreign defendants had long since left Egypt by the time the sentence was handed down on Tuesday and will face no time behind bars. The organizations' Egyptian employees, however, will likely be taken into custody, though they can appeal the verdict. Hans Pöttering, the former European Parliament president who is now head of the Konrad Adenauer Stiftung, said that he will do everything he can to contest the verdict.

Tuesday's convictions come after a year-long trial which damaged Cairo's relationship with the US and Germany. In March 2012, a ban on leaving the country imposed on two German defendants was lifted after Berlin paid a €250,000 bond for each of them. The US also managed to pull most American defendants out of Egypt against a bond payment.

The groups that will now see their offices and property confiscated include the International Republican Institute, the National Democratic Institute, Freedom House, a journalist training center and the Konrad Adenauer Stiftung. Defendants from Serbia, Jordan, Lebanon and elsewhere were also tried.

"The absurd verdicts against our employees concern me deeply," said Pöttering on Tuesday. "The trial has nothing to do with the rule of law. During the course of the entire trial, it became more than obvious just how untenable and unfounded the accusations are."

The trial is the result of raids on 17 Egyptian and foreign NGOs in Cairo carried out in December 2011, during the military rule that followed the resignation of autocrat Hosni Mubarak in February of that year. Egyptian officials said the raids were the product of investigations into illegal "financing from abroad." In an interview with SPIEGEL ONLINE at the time, Jacobs, who led the Konrad Adenauer Stiftung office in Cairo at the time, said that the accusations were "completely absurd."

During a visit to Berlin this January, Egyptian President Mohammed Morsi signed a cultural agreement with Berlin which in part was to provide German NGOs with a legal framework for operating in Cairo. Whether the Konrad Adenauer Stiftung will be allowed to continue maintaining an office in Egypt is unclear. The organization has been active in Egypt for 30 years.

German Foreign Minister Guido Westerwelle criticized the verdict on Tuesday. "We are extremely outraged and disturbed to a great degree by the harsh verdict passed against employees of the Konrad Adenauer Stiftung and the forced closure of its office," he said. He said that Berlin will support the foundation in its efforts to challenge the verdict. "The actions taken by the Egyptian judiciary are worrisome. They weaken civil society, an important pillar of democracy in a newly democratic Egypt."

Former German Foreign Minister Frank-Walter Steinmeier was even more direct. "The verdict is a difficult burden for bilateral relations and is inacceptable," he told the daily Die Welt. He said the trial was "scandalous" and demanded that NGOs be allowed to continue their work "without fear of harassment."

The verdict is a severe blow for NGO groups operating in Egypt. Since Mubarak's fall, a number of new Egyptian groups have formed to promote democracy, support women's rights and protect against attacks from the state security apparatus, among other issues. But such nonprofits are often dependent on financing from abroad. Tuesday's verdict can be seen as a clear warning to such groups to shun funding from overseas.

The law which provides the basis for Tuesday's verdict was passed during Mubarak's rule and prior to his departure, the Egyptian state had strictly monitored NGOs and limited their reach. But a reform of the law has failed twice -- once after parliament had reached agreement on a change only to be dissolved by the Egyptian high court due to election irregularities.

Last month, the upper house of parliament in Cairo has intended to pass a new NGO law. But it too was dissolved before the law could be voted on. 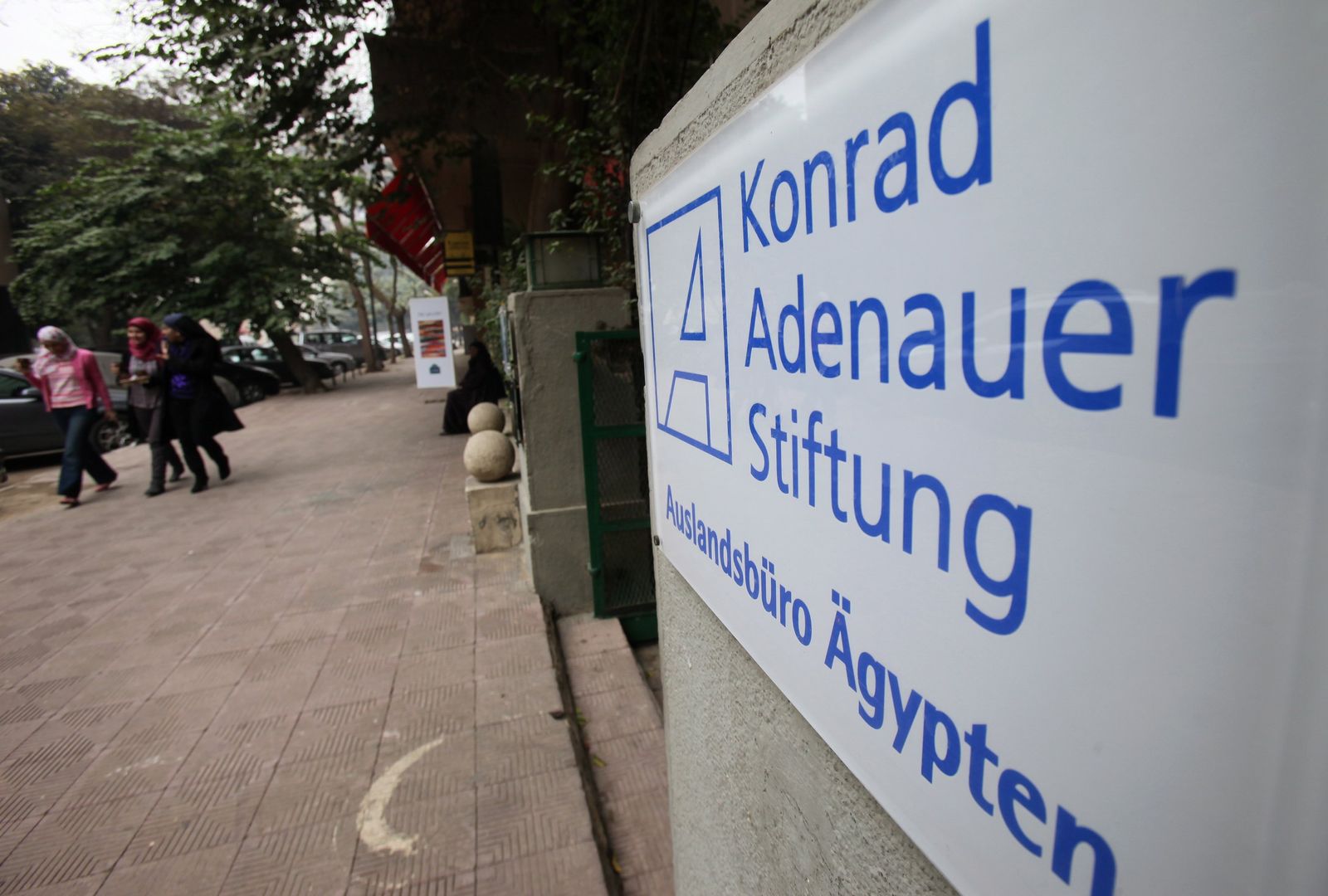 Germany's Konrad Adenauer Stiftung is one of the nonprofits that was convicted on Tuesday in Egypt.