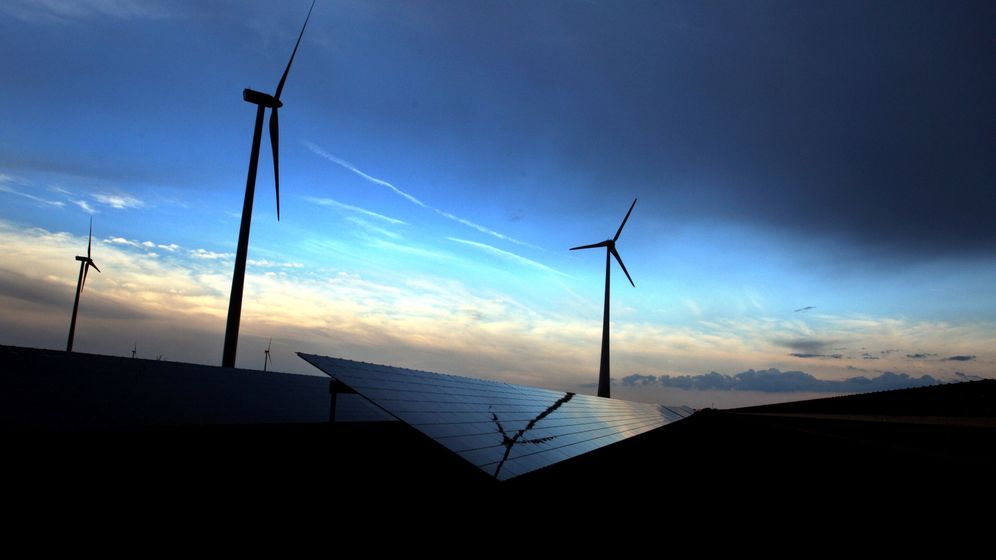 Over the course of his long career as a Republican, a businessman and a governmental adviser, William K. Reilly has seen a lot. But during a recent trip to Berlin, the 71-year-old told SPIEGEL he finds Germany's evolving national energy policy "breathtaking."

Reilly recently led a delegation of senior US officials on a two-day trip to Germany. The officials were members of the board of trustees of Duke University's Nicholas Institute for Environmental Policy Solutions -- and they were interested in getting a close-up look at energy policies being implemented by Chancellor Angela Merkel's government.

The trip happened to fall right in the middle of Merkel's radical energy-policy about-face precipitated by the nuclear catastrophe in Fukushima. To their amazement, the American visitors found officials in the inner core of Germany's conservative government who the Republicans back home would have dismissed as "eco nuts."

Republicans in the US show no mercy when it comes to environmental issues. They refer to climate change as the "big swindle" and some of them view efforts to increase high-speed train service as a way of decreasing automobile traffic as "socialist." What's more, most of them would like to see the Environmental Protection Agency (EPA) dissolved. They would likely refer to German Environment Minister Norber Röttgen, a member of Merkel's conservative Christian Democrats, as a "liberal weirdo" for his embrace of ecological principles, loose though it may be by German standards.

Reilly, though, no longer holds political office in Washington. And he is a rarity among Republicans. During the Nixon administration, Reilly joined the staff of the President's Council on Environmental Quality before going on to head the World Wildlife Federation (WWF). When severe heat and widespread air pollution became major issues in the 1988 presidential election, George H.W. Bush, its eventual winner, appointed Reilly to lead the EPA.

'On the Right Track'

At the time, Bush Sr. tried to present himself as "the environmental president," a shocking strategy for a Republican. His predecessor Ronald Reagan, likewise a Republican, is memorable for quips such as "A tree's a tree. How many more do you need to look at?" and "Trees cause more pollution than automobiles do." But Reilly and Bush Sr. succeeded in toughening the regulations of the Clean Air Act, the effects of which are still felt today.

Now, Reilly is a private-sector businessman. But environmental issues have remained close to his heart. In June 2010, President Barack Obama appointed him to be the conservative co-chair of the commission charged with investigating the BP Deepwater Horizon oil disaster in the Gulf of Mexico. Though he sits on the board of directors of ConocoPhillips, he continues to denounce the lax culture of oil firms when it comes to protecting the environment.

In Berlin, Reilly and his delegation met with industry representatives, environmentalist groups, senior civil servants and Klaus Töpfer, the former environment minister who has been appointed to lead the so-called "Ethics Commission" tasked with studying the future of nuclear power in Germany. Given the degree of polarization surrounding the climate debate in the United States, the American visitors were amazed at what they heard.

From the American perspective, Reilly thinks that it is "almost incredible" that the nuclear reactor accident in Fukushima would lead a conservative government to bid farewell to nuclear power while simultaneously trying to reduce the use of coal. He also thinks it will be hard to explain to his Republican friends on Capitol Hill.

But he says he will try. Reilly, after all, in contrast to those international observers who have criticized Merkel's about-face as being hurried and emotionally driven, is impressed. He is, to be sure, critical of the high subsidies on offer for renewable energies. And he believes Germany won't be able to abandon nuclear energy without increasing its natural gas imports from Russia. But, he says, Germany "is on the right track."

'The Party of Sound Science'

In the United States, Reilly has gotten used to being part of an absolute minority in terms of his environmental views. In Germany, he finally feels understood. "It would be of great service for the whole world if Germany, as a successful and large economy, shows that it can increase wealth through renewable energies," he says. Were Germany successful, he believes it might impress the Americans and perhaps even lead to a change of heart.

Still, he does not believe that such a change of heart will take place in the near future. Unlike in Germany, he says, most Americans believe that the most pressing environmental problems are polluted rivers and smog -- and that these problems were already solved in the 1970s. It is a viewpoint, he adds, that is as wrong as it is widespread.

Reilly also finds it disappointing that his fellow Republicans have shown so little respect for climate research. "Traditionally," he explains, "the Republicans cast themselves as the party of sound science, whereas we portrayed Democrats as the party of emotionalism." Under these circumstances, he finds it "shocking" that there is so "little regard in the Republican party for the fact that 11 national academies of science have issued a strong warning" about the dangers of man-made climate change.

Still, Reilly has not given up hope, and he even says his trip to Germany has made him more optimistic. If Germany's conservatives have succeeded in embracing environmental protection, he asks, why can't it happen with his fellow Republicans? "American politics can turn on a dime," he says. "If our economy woes become smaller and we then face an extreme climatic event like a national draught, things might change."

Reilly points out that his old boss, President George H.W. Bush, even gained some political capital by pledging to be an environmental president. "He demonstrated how to steal the environmental issue away from the Democrats," he says, adding: "I'm still hopeful that there will again be a Republican president who calls himself an environmentalist."