The meeting with Donald Trump's emissary was discreet, the location carefully chosen -- it was supposed to seem informal. Ultimately, an unremarkable café in Washington D.C. was picked. And in April, Markus Ederer, state secretary in Germany's Foreign Ministry, met there with Trump advisor Sam Clovis. Ederer was tasked with finding answers to a central question. What would a Trump victory mean for German-American relations? And how serious is the Republican candidate with his foreign policy blustering?

The German government long doubted that the real estate magnate would even become the Republican candidate for president. Now, though, even after the recent debate, nobody can exclude the possibility that the 45th president of the United States will be named Donald Trump.

In an uncharacteristically undiplomatic moment, German Foreign Minister Frank-Walter Steinmeier, a member of the center-left Social Democrats, recently described Trump as a "preacher of hatred." Next week, Andreas Scheuer, the general secretary of the Christian Social Union, the Bavarian sister party of Chancellor Angela Merkel's Christian Democrats, will travel to the United States to observe the race between Trump and Hillary Clinton in person.

At the same time, Germany's Foreign Ministry is trying to establish contact to the Republican's camp in order to determine the consequences the US election could have for the German-American relationship. Unlike Hillary Clinton, whose Brooklyn headquarters is constantly being visited by diplomats, officials have avoided being too obvious in approaching Trump's people. His spokesman, Jason Miller, has declined to comment on the discussions.

Despite the difficulties in finding a serious contact person from within the Trump camp, the initial probing has now become a half-way regular exchange. Clovis, a heavyset Republican from Iowa, is one of the few Trump advisors allowed to speak on behalf of his boss. Clovis' points of contact with Germany tend to be Berlin's ambassador to Washington, Peter Wittig, in addition to a Foreign Ministry representative.

The former Air Force colonel shares Trump's view that American foreign policy needs to strictly prioritize national interests, not the handed-down alliances of the postwar period: "We're not about to spill one drop of blood or spend one more dollar unless we know exactly what the outcome is going to be or at least have some notion of what the predictability is," Clovis has told a group of European diplomats and experts.

Central to the attempts to learn more about Trump's true plans is the fear that, for the first time since World War II, an American president might terminate the trans-Atlantic alliance. Trump has described NATO as "obsolete" and announced that he would at the very least seek to renegotiate its framework. Countries like Germany, Trump has said, have to pay more of the costs for their own security in the future. Otherwise, the US would withdraw its troops.

In his talks with German officials, Clovis has attempted to assuage the Germans' concerns. His message: Things aren't nearly that dire. He claims that Trump is a businessman, who always negotiates everything. That's more or less what Wittig's reports to Berlin argue as well. This spring, Wittig met with Trump's son-in-law, Jared Kushner. Kushner took diligent notes during the discussion, but couldn't contribute anything revelatory about how Trump really ticks.

Jürgen Hardt, the trans-Atlantic coordinator for the German government, believes that "even a President Trump would not carelessly jeopardize solid relationships if he is elected." Berlin officials believe that Trump would back away from some of his most outrageous demands if he were elected. But they do think that he would focus on the question as to who should carry the future costs of the trans-Atlantic alliance. A Republican victory in the election could be expensive for Germany.

The same could be true for German business, according to an internal analysis by the Finance Ministry in Berlin. The report argues that a Trump victory would mean "a shrinking gross domestic product, fewer jobs and higher unemployment" -- developments which would negatively impact German exporters. Trump's economic ideas, furthermore, "aren't feasible," violate international or US law and could not "provide the foundation for a realistic economic policy."

The German Embassy reports also address Trump's personal attacks on Merkel. The Republicans have taken to portraying the German chancellor as a naïve old-school socialist. Last fall, Trump described her refugee policies as catastrophic and when Clinton recently suggested that the US take in more Syrian refugees, Trump called his opponent "America's Angela Merkel," as if a comparison with the German Chancellor qualified as an insult. Trump claimed that it was clear "what a disaster this massive immigration has been to Germany and the people of Germany."

"The biggest danger is that Trump makes a thoughtless statement, that he himself regrets a moment later, because it damages foreign policy," says Hardt, the trans-Atlantic coordinator. In Berlin government circles, officials are more concerned about Trump's character than the radical political about-face he might introduce. 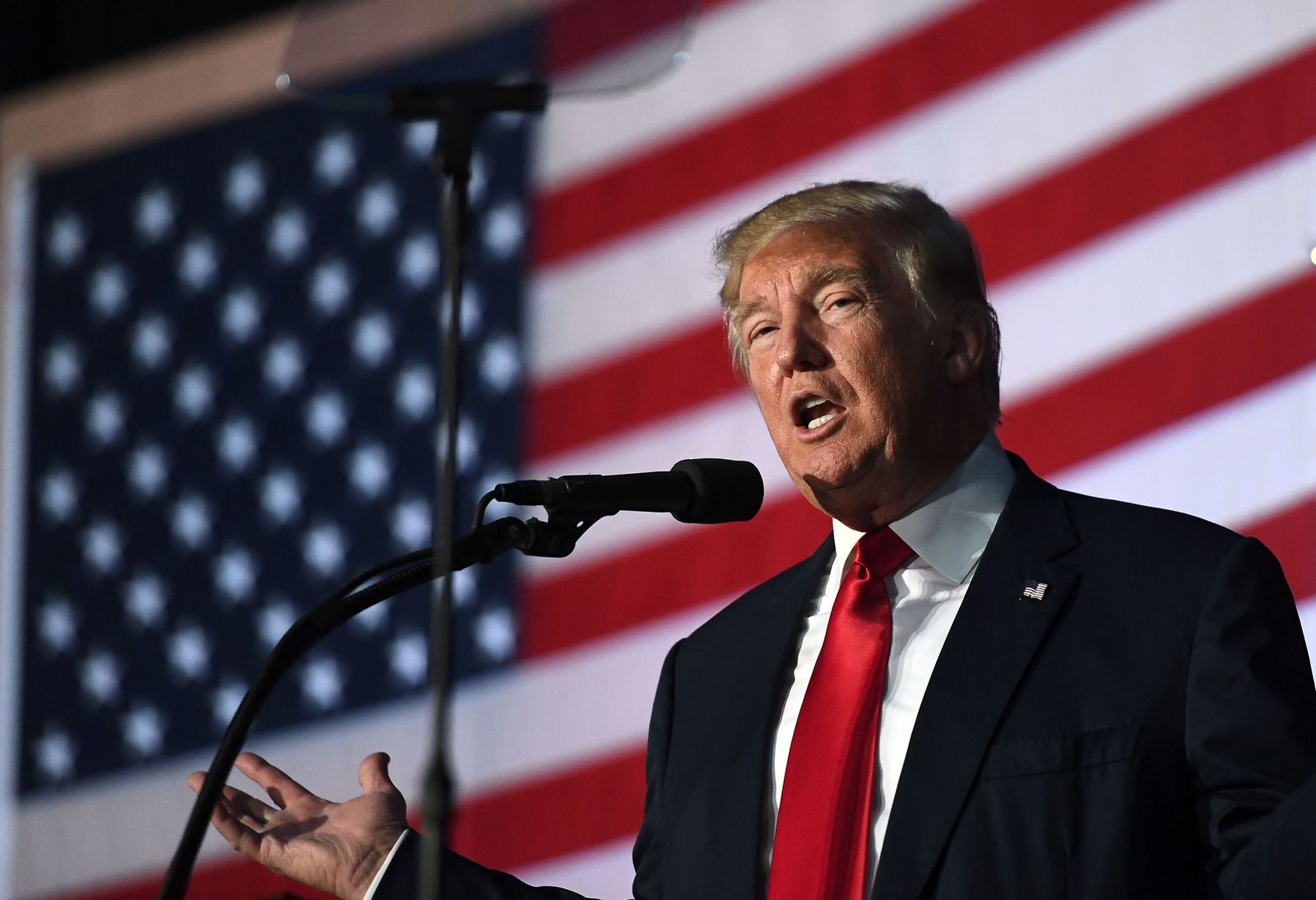