As TV stations around the world broadcast the first news of the deal that had emerged between Israel and Hamas over the release of soldier Gilad Shalit, German Chancellor Angela Merkel was far away in Hanoi, Vietnam, where she was conducting a state visit. Her advisers let it be known, expressing cautious optimism, that the government in Berlin would be relieved if the prisoner exchange actually did take place.

For one thing, they would be pleased when the issue of the soldier kidnapped by Hamas over five years ago was finally over and Shalit was freed -- in exchange for more than 1,000 Palestinian prisoners who are expected to be released from prison in Israel.

But politicians in Berlin are also slightly proud of the fact that German efforts to find a solution to a hostage crisis that stretched on on for years now helped lead to success in the end -- even if the ultimate solution is different and comes much later than had been hoped for.

In a Twitter message sent out shortly after the news, Israeli Prime Minister Benjamin Netanyahu even wrote: "I wish to thank the German mediator and Chancellor Merkel for their efforts to release Gilad Shalit."

The German efforts, a kind of of discreet but useful support from Berlin, has a name and a face. As an envoy for Merkel, Gerhard C.*, who is a senior agent with Germany's foreign intelligence service, the Bundesnachrichtendienst (BND), has shuttled between Germany and the Middle East to mediate with both sides of the dispute. The former main Middle East man for the BND speaks four languages fluently. He negotiated with the Israelis and Hamas and drafted possible solutions for the Shalit deal. Positioned as he was between the two enemy fronts, talking to both the Israeli side and Hamas, he suffered many setbacks. But he still pursued his difficult mission.

When it comes to the Middle East, the BND is considered to be a qualified and honest broker between the enemy camps. For more than 15 years now the Germans have mediated successfully in the region, most recently between Hezbollah and the Israelis. In July 2008, a deal brokered by the BND saw the return of the bodies of two Israelis who had been abducted by Hezbollah.

The latest mission for the BND official was similarly difficult. He enjoyed the trust of negotiators on both sides because, as a German, there was no suggestion he would harbor any special political interests. But when it came to a possible deal for Shalit's release, both sides haggled as if they were buying or selling goods in a bazaar. The Israelis, for their part, feared that the release of Palestinian prisoners, some of whom had been convicted because of attacks on Israel, would be too high a price to pay. On the Hamas side, meanwhile, negotiators tried to secure the release of as many prisoners as possible in exchange for Shalit's freedom. BND man Gerhard C. sought to look at things from both perspectives. The BND agent's colleagues say his greatest attributes are his patience and determination.

'The Political Situation Has Changed'

The current agreement also carries the BND agent's mark, even if he was no longer active in the negotiations when the final deal was reached. Back in 2009, Gerhard C. had negotiated a prisoner-swap deal. Already then, both sides had informally agreed to a prisoner exchange -- one similar in size to the one intended to take place now, which would have involved the release of 1,000 Palestinians. Both sides fought over the list of which Palestinians would be set free -- particularly those the Israelis didn't want to release because they were fighters or had orchestrated bloody attacks. In the end, Israel allowed the deal to collapse. A disappointed Hamas unleashed its disappointment on the German. In May 2011, deputy Hamas leader Mousa Abu Marzook blamed the BND man for the failed deal. He claimed that Gerhard C. had been biased towards Israel and that he had withheld important information from Hamas negotiators. Abu Marzook announced that negotiations would be frozen. At that point in time, officials in Germany realized just how muddled the situation had become.

Since that time, the BND has only followed the developments in the case from a distance. Gerhard C. has continued to travel to the region occasionally, and he has met with his negotiating partners, but he no longer participated directly. Sources in Berlin say that the Egyptians were responsible for the breakthrough and the solution in the deal. It was the Arab spring that once again created momentum in the Shalit case. The new Egyptian leadership had signalled its impatience and pushed Israel to finally agree to the prisoner exchange. The attack by an angry mob on the Israeli Embassy in Cairo in September and the statements made by the Egyptian ruling military council that peace with Israel is not sacrosanct, increased pressure on Israel and Netanyahu to act.

"The political situation in the country has changed," a high-ranking government official in Berlin said. "It took that to make a path to an agreement between Israel and Hamas possible."

'Mr. Hezbollah' Awaits His Next Mission

In Jerusalem, officials became increasingly aware that they were running out of time if they still wanted to retain the possibility of an exchange deal will a well-meaning Egypt as mediator. The Israeli government appears to have decided to make concessions in order to reach a solution in the case. By that stage, the Egyptians were leading the negotiations. Israeli delegation chief David Meidan praised Cairo. "The Egyptians, with all their problems, were engaged full steam," he said. According to the Israeli daily Haaretz, the chief Israeli and Hamas negotiators agreed to the details of the swap during a 24-hour marathon session. The newspaper also reported that the negotiators communicated through intermediaries, and the representatives of the conflict parties never met together in one room.

For Gerhard C., the difficult Gilad Shalit mission is over. But in Berlin, people already believe that "Mr. Hezbollah," as he is known in intelligence circles for his work in the Middle East, could soon be dispatched for similar cases in the region.

* Gerhard C.'s last name has not been provided in order to protect his identity. 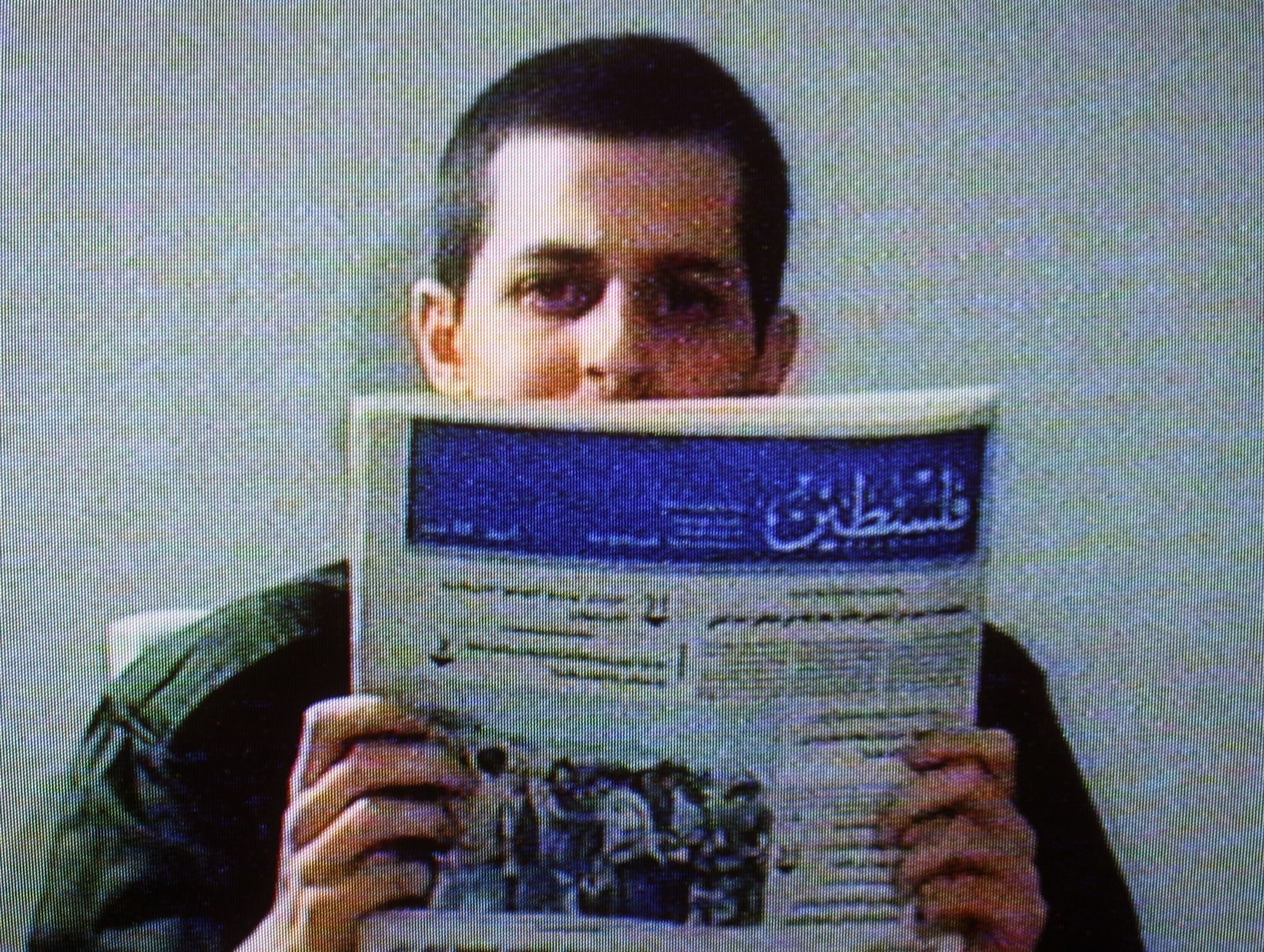 Israeli soldier Gilad Shalit (shown here in 2009) is expected to be released within a week.