The Belgacom employees probably thought nothing was amiss when they pulled up their profiles on LinkedIn, the professional networking site. The pages looked the way they always did, and they didn't take any longer than usual to load.

The victims didn't notice that what they were looking at wasn't the original site but a fake profile with one invisible added feature: a small piece of malware that turned their computers into tools for Britain's GCHQ intelligence service.

The British intelligence workers had already thoroughly researched the engineers. According to a "top secret" GCHQ presentation disclosed by NSA whistleblower Edward Snowden, they began by identifying employees who worked in network maintenance and security for the partly government-owned Belgian telecommunications company Belgacom.

Then they determined which of the potential targets used LinkedIn or Slashdot.org, a popular news website in the IT community.

The computers of these "candidates" were then infected with computer malware that had been placed using infiltration technology the intelligence agency refers to as "Quantum Insert," which enabled the GCHQ spies to deeply infiltrate the Belgacom internal network and that of its subsidiary BICS, which operates a so-called GRX router system. This type of router is required when users make calls or go online with their mobile phones while abroad.

SPIEGEL's initial reporting on "Operation Socialist," a GCHQ program that targeted Belgacom, triggered an investigation by Belgian public prosecutors. In addition, two committees of the European Parliament are investigating an attack by a European Union country on the leading telecommunications provider in another EU member state.

The operation is not an isolated case, but in fact is only one of the signature projects of an elite British Internet intelligence hacking unit working under the auspices of a group called MyNOC, or "My Network Operations Centre." MyNOCs bring together employees from various GCHQ divisions to cooperate on especially tricky operations. In essence, a MyNOC is a unit that specializes in infiltrating foreign networks. Call it Her Majesty's hacking service, if you like.

When GCHQ Director Iain Lobban appeared before the British parliament last Thursday, he made an effort to reassure lawmakers alarmed by recent revelations. British intelligence couldn't exactly stand back and watch the United Kingdom be targeted for industrial espionage, Lobban said. But, he noted, only those whose activities pose a threat to the national or economic security of the United Kingdom could in fact be monitored by his agency.

A Visit from Charles and Camilla

Even members of the royal family occasionally stop by to see what British intelligence is up to. In one photo that appears in a secret document, Charles, the Prince of Wales, and his wife Camilla, the Duchess of Cornwall, are shown listening to a presentation at a MyNOC workstation called "A Space." The tongue-in-cheek caption reads "Interlopers in A Space."

The presentation does not indicate the extent to which the royal family is kept abreast of current espionage operations. Their last visit was reportedly about Afghanistan, not Belgium. But the visit had been to the same location where what the secret document described as the "very successful" operation against Belgacom as well as "Operation Wylekey," also run by a MyNOC unit, had been conducted.

This also relates to an issue that the British have made a focal point of their intelligence-gathering activities: the most comprehensive access possible to worldwide mobile networks, the critical infrastructures for the digital age.

Mobile networks are a blessing and a curse for spies worldwide. Because each major wireless communications company operates its own networks, tapping into them becomes more complex. On the other hand, the mobile multi-use devices in our pockets are a blessing, because they often reveal more personal information than stationary computers, such as the user's lifestyle habits and location. They can also be transformed into bugging devices that can be activated remotely at any time to listen in on the user's conversations.

"We can locate, collect, exploit (in real time where appropriate) high value mobile devices & services in a fully converged target centric manner," a GCHQ document from 2011 states. For years, the British spies have aspired to potentially transform every mobile phone on the planet into a monitoring tool that could be activated at any time.

But the government hackers apparently have to employ workarounds in order to infiltrate the relatively inaccessible mobile phone networks.

According to the presentation, in the case of Belgacom this involved the "exploitation of GRX routers," from which so-called man-in-the-middle attacks could be launched against the subjects' smartphones. "This way, an intelligence service could read the entire Internet communications of the target and even track their location or implant spying software on their device," mobile networks expert Philippe Langlois says of the development. It is an effective approach, Langlois explains, since there are several hundred wireless companies, but only about two dozen GRX providers worldwide.

But this isn't the only portal into the world of global mobile communications that GCHQ has exploited. Another MyNOC operation, "Wylekey," targets "international mobile billing clearinghouses."

These clearinghouses, which are relatively unknown to the general public, process international payment transactions among wireless companies, giving them access to massive amounts of connection data.

The GCHQ presentation, which SPIEGEL was able to view, contains a list of the billing companies that are on the radar of the British. At the top of the list are Comfone, a company based in Bern, Switzerland, and Mach, which has since been split into two companies, one owned by another firm called Syniverse and another called Starhome Mach. Syniverse was also on the list of companies to monitor. Together, these companies dominate the industry worldwide. In the case of Mach, the GCHQ personnel had "identified three network engineers" to target. Once again, the Quantum Insert method was deployed.

The spies first determine who works for a company identified as a target, using open source data like the LinkedIn professional social networking site. IT personnel and network administrators are apparently of particular interest to the GCHQ attackers, because their computers can provide extensive access privileges to protected corporate infrastructures.

In the case of Mach, for example, the GCHQ spies came across a computer expert working for the company's branch in India. The top-secret document shows how extensively the British intelligence agents investigated the life of the innocent employee, who is listed as a "target" after that.

A complex graph of his digital life depicts the man's name in red crosshairs and lists his work computers and those he uses privately ("suspected tablet PC"). His Skype username is listed, as are his Gmail account and his profile on a social networking site. The British government hackers even gained access to the cookies on the unsuspecting victim's computers, as well as identifying the IP addresses he uses to surf the web for work or personal use.

In short, GCHQ knew everything about the man's digital life, making him an open book for its spies. SPIEGEL has contacted the man, but to protect his privacy is not publishing his name.

But that was only the preparatory stage. After mapping the man's personal data, now it was time for the attack department to take over. On the basis of this initial information, the spies developed digital attack weapons for six Mach employees, described in the document as "six targeting packs for key individuals," customized for the victims' computers.

In an article in Britain's Guardian newspaper, American IT security expert Bruce Schneier describes in detail how Quantum Insert technology is used to place malware. Apparently, the agencies use high-speed servers located at key Internet switching points. When a target calls up a specific website, such as LinkedIn, these servers are activated. Instead of the desired website, they supply an exact copy, but one that also smuggles the government hackers' spying code onto the target computers.

According to other secret documents, Quantum is an extremely sophisticated exploitation tool developed by the NSA and comes in various versions. The Quantum Insert method used with Belgacom is especially popular among British and US spies. It was also used by GCHQ to infiltrate the computer network of OPEC's Vienna headquarters.

The injection attempts are known internally as "shots," and they have apparently been relatively successful, especially the LinkedIn version. "For LinkedIn the success rate per shot is looking to be greater than 50 percent," states a 2012 document.

Much like the Belgacom spying operation, Wylekey is considered a great success. According to a summary, it provided GCHQ with detailed information about Mach, its communications infrastructure, its business profile and various key individuals.

Another document indicates that the operation yielded much more than that. In addition to "enhanced knowledge of the various clearinghouses, their customers," it also provided "knowledge of and access to encrypted links between the clearinghouses and various mobile network operators."

Interim reports on the course of the Belgacom operation were even more enthusiastic, concluding that the British spies had penetrated "deep into the network" of the Belgian company and were "at the edge of the network." This enabled the British internal encryption specialists ("Crypt Ops") to launch their "Operation Socialist II," so as to crack the encrypted connections, or VPNs.

'LinkedIn Would Not Authorize Such Activity'

When contacted, LinkedIn stated that the company takes the privacy and security of its members "very seriously" and "does not sanction the creation or use of fake LinkedIn profiles or the exploitation of its platform for the purposes alleged in this report." "To be clear," the company continued, "LinkedIn would not authorize such activity for any purpose." The company stated it "was not notified of the alleged activity."

A spokesman for Starhome Mach said his company is "with immediate effect undertaking a full security audit to ensure that our infrastructure is secure" and that its platform had recently switched to a completely new configuration with mainly new hardware. Officials at Comfone said: "We have no knowledge of the British intelligence service infiltrating our systems." Syniverse also stated "there have been no known breaches of the Syniverse or MACH data centers by any government agency."

GCHQ did not comment on questions posed by SPIEGEL.

For the British, all of this was apparently only an intermediate step on the path to a greater goal. In addition to the conventional Internet, GCHQ now wants to turn the mobile web into an all-seeing surveillance machine.

This is how the GCHQ spies described their "vision" in 2011: "Any mobile device, anywhere, anytime!"

In this context, the attacks on Belgacom and the clearinghouses merely serve as door openers. Once the telecommunications companies' actual mobile phone networks have been infiltrated, completely new monitoring possibilities present themselves to the spies. A briefing dating from 2011 stated the agency wanted to "increase operational capability to remotely deploy implants when we only know the MSISDN." In other words, GCHQ's phone hackers would ideally like to repurpose every mobile phone in the world into a bugging device, merely on the basis of the phone number. "That would be game changing," the document reads. 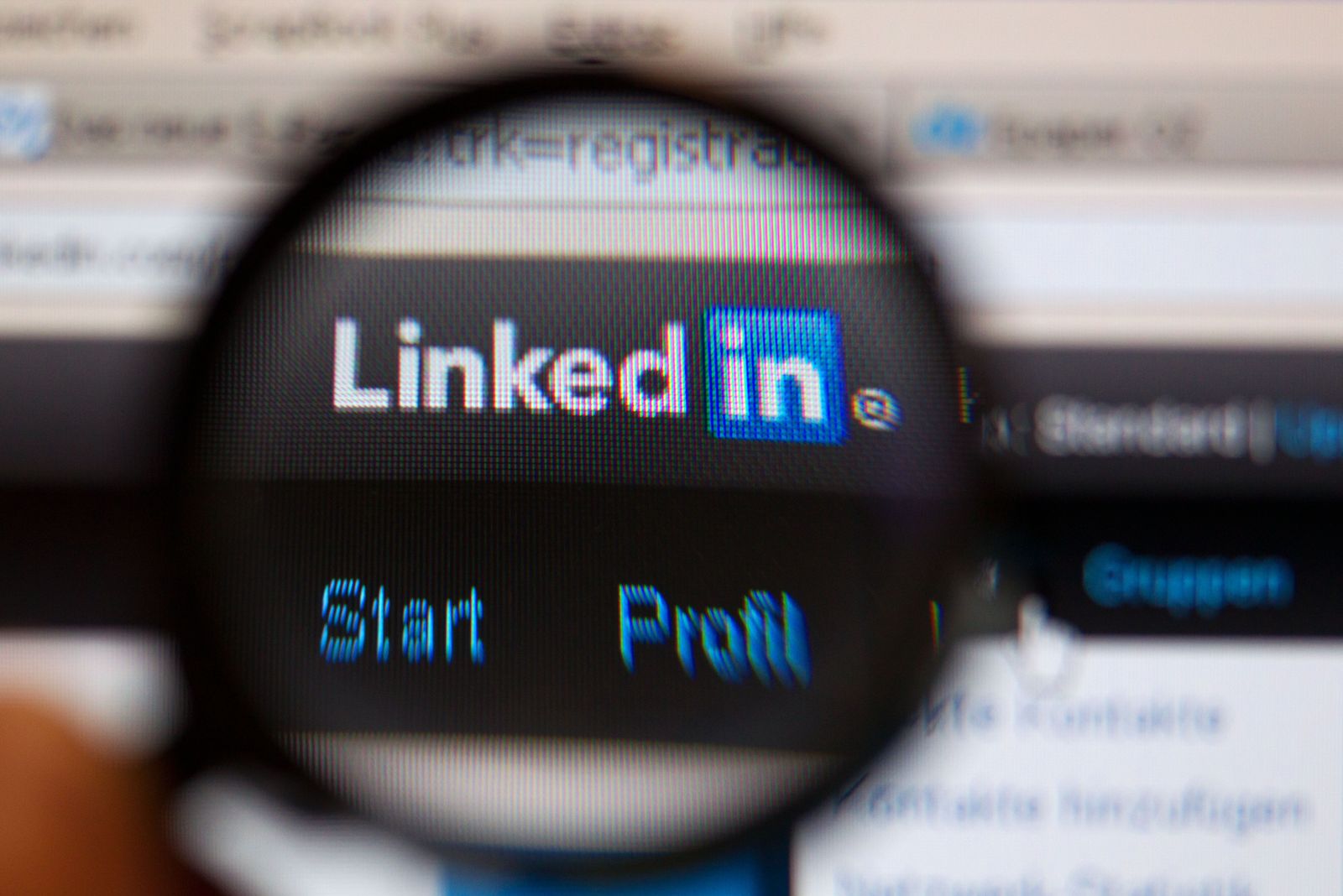 Officials at LinkedIn say they "would not authorize such activity for any purpose".