SPIEGEL ONLINE: Dr. Hertz, one is constantly reading about how much a country's economy has grown or shrunk. Why is gross domestic product (GDP) taken so seriously?

Noreena Hertz: It's easy to measure and shows how one nation performs in comparison to another. Every country, therefore, measures its economic success by its GDP. Only Bhutan is an exception.

SPIEGEL ONLINE: According to the constitution of Bhutan, the people should not become richer every year, but happier. The little Asian kingdom wants to achieve this with a socially equitable society and better protection of the environment. Is this a better approach?

Hertz: Definitely. GDP only measures a small part of economic success. Some really important aspects are ignored. Take sustainability, for example. It's absurd that a country can have high growth rates because it has a lot of polluting industry. The quality of the air, health, progress made by women, child care and social cohesion -- these are all important economic factors. GDP does not show how innovative an economy is. Nor does it show if the products being produced will be successful in the long run or will be out of fashion tomorrow. But, up to now, there has not been a substitute for GDP.

Hertz: This has never been proven. The economy of a country can grow enormously, and the majority of the population remain poor. Russia is an example. The country has huge growth rates, but only few people benefit from this. For more than 25 years, the gap between the richest and the poorest has been increasing. There is absolutely no correlation between an equitable society and GDP growth. The reasons why a country's economy grows can also be very negative. Wars are good for growth, for example. So are natural disasters. Haiti will have high growth rates because, after the earthquake, everything has to be rebuilt.

Hertz: Yes, that is an absolutely forward-looking approach. More and more people are of the opinion that GDP is no longer adequate because it only measures output.

SPIEGEL ONLINE: What concrete form would such a model take?

Hertz: It could be a kind of basket with different factors, for example justice, environmental protection, the health of the population. These factors would have to be weighed differently.

SPIEGEL ONLINE: And how much weight would you give to GDP?

Hertz: GDP does mean something and should definitely be included in the basket. But we have to decide whether we want to measure success by measuring absolute economic wealth on its own or if we want to take into account how the wealth is distributed and how sustainable it is.

SPIEGEL ONLINE: Do you believe that the leading industrialized nations would move away from using GDP to compare the size of their economies?

Hertz: It is true that GDP has been a common measure of success for a long time now. But if politicians are to make the best decisions, they need to be measuring the right things. Focusing so completely on GDP is out of touch with what we now know about what makes societies better or worse than others.

SPIEGEL ONLINE: And, yet, the climate change summit in Copenhagen failed mainly because countries like China do not want to rein in growth.

Hertz: If some countries start to use an alternative measure, others will do the same. But you're right. Countries like China are absolutely focused on growth. If they only grow 7 or 8 percent, they regard it as a failure. But this does not mean that the other countries also have to stay focused on GDP growth.

SPIEGEL ONLINE: But every country -- except Bhutan -- does. And Sarkozy has yet to put his words into practice.

Hertz: I am convinced that we are at a turning point in capitalism. The financial crisis could only come about because people were too focused on growth without asking where this growth comes from and at what cost. The crisis was a wake-up call for many people who accepted the rules of the old system. And many people -- from policymakers to academics to economists to politicians, but also the man on the street -- are starting to question whether the old rules were actually fair, just or right.

SPIEGEL ONLINE: You call it the switch from Gucci capitalism to cooperative capitalism.

Hertz: In Gucci capitalism, people believed that the markets were absolutely rational and reliable. Economists created models with cartoon-like assumptions about people as super-rational profit maximizers. They tried to describe a complex world without paying attention to politics, economics and history. They ignored all of that. But, now, these economists are starting to question all of this. It is interesting that the Nobel Prize was not given to a traditional economist but, rather, to Elinor Ostrom, who questions the fundamental assumptions of the classical economy.

SPIEGEL ONLINE: What form would companies take in cooperative capitalism?

Hertz: There are already companies that have a cooperative business model. Start-ups in Silicon Valley or the suppliers of open-source software are just some examples. These industries are not driven by Gucci capitalism. They work on principles that explicitly value collaboration, partnership, networking, relationships and social forces -- values that were not really seen as having any economic worth. But we have seen that sometimes they can be far more successful than the old models.

SPIEGEL ONLINE: About a year ago, you wrote an essay about the change to a cooperative capitalism. But, since then, nothing has changed, and bankers are pulling in huge bonuses again.

Hertz: There are two parallel realities going on at the moment. The bankers, many of whom do not understand the concerns of ordinary people, live in one reality. The rest of the economy -- the rest of us -- lives in the other one. To say that nothing has changed underestimates the many new innovations we are seeing in thinking, doing and acting.

Hertz: Politics is unfortunately very dependent on the economy. In the US, Wall Street supports the big political parties. In the UK, there are elections coming up. The Labour Party is likely to lose, and there are many jobs in the banks that the politicians would like to have when they leave politics. Furthermore, the financial sector in the UK is a big part of the GDP. Different countries have responded differently to the crisis. There is now a lot of talk about taxes and levies being imposed on banks and about other ways to manage risk. And there is now a sense that it is OK for politicians to intervene in the market nowadays -- a belief that had almost disappeared before the crisis.

SPIEGEL ONLINE: Is there a feeling that it is too late now?

Hertz: No. It's not too late for changes. When it comes to reforming the financial sector, for example, the UK has imposed a 50 percent tax on banker bonuses. The Netherlands are setting a limit for bankers' pay. There are international meetings where discussions take place about how the sector can be made less risky. But, thinking more widely, what the crisis did was expose holes in the old system -- the Gucci capitalist one. Furthermore, this ideology was never one fully embraced by the new emerging power bases in the world -- countries like Brazil, India and China -- and these countries now have a big and increasingly global voice. In my opinion, it is very unlikely that the future will be like the past.

SPIEGEL ONLINE: And what will the future look like?

Hertz: We are entering an age of complexity, diversity and collaboration. These three trends will drive everything from innovation to ownership structures to the way that power is managed and structured. It will be a future in which skills like holistic thinking and critical analysis will be essential, in which understanding how to manage networks will be important, and in which we must become resilient enough so that we can deal with, manage and prepare for change as and when it comes. 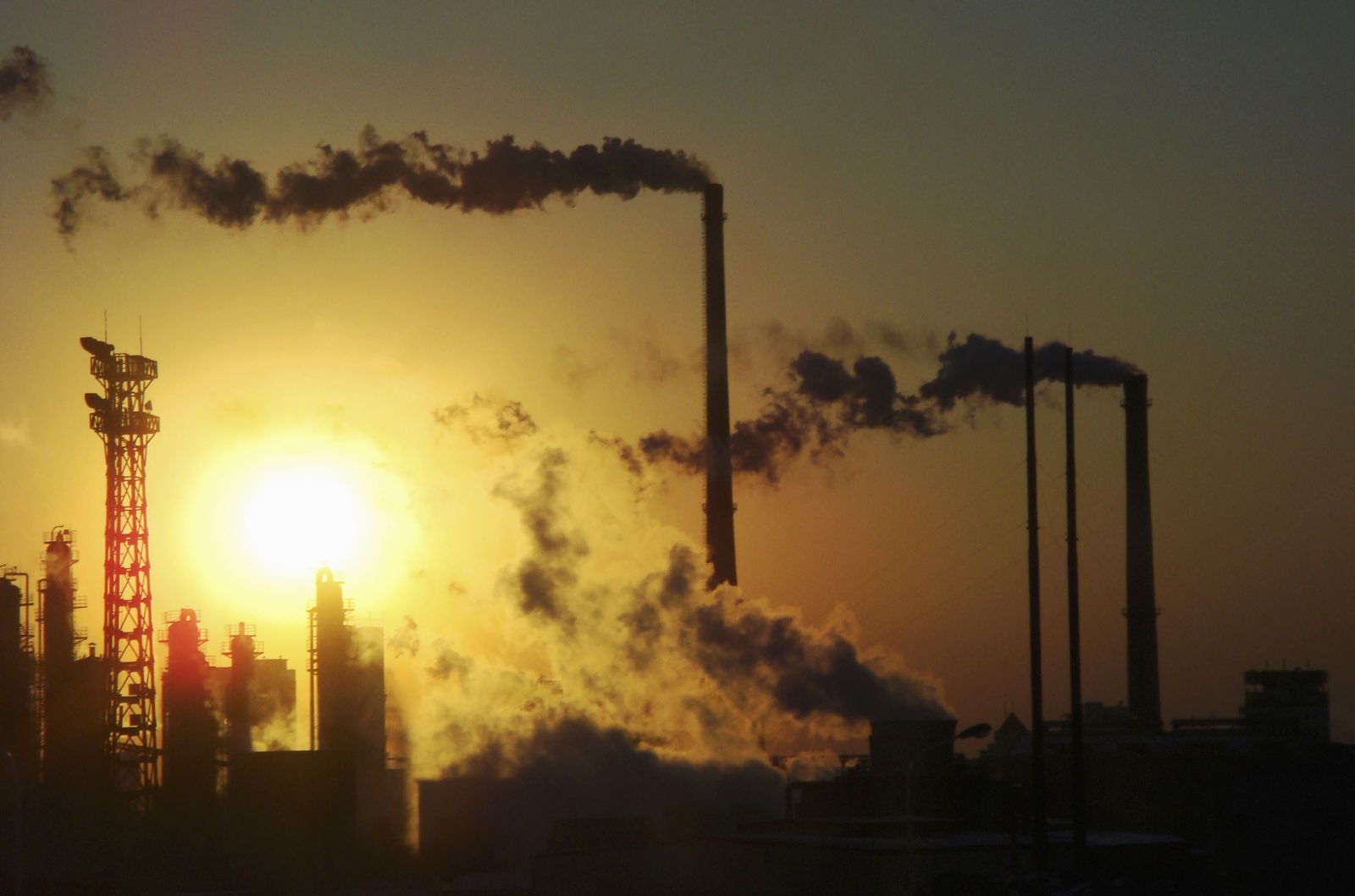 Smoke billows from chimneys at a chemical factory in China.