If there's one thing that you have to hand to Abdullah Abdullah, it's that he doesn't give up easily. On Monday, the former Afghan foreign minister stood before a throng of journalists to discuss the elections once again. Abdullah said that, in order to make sure that the runoff planned for Nov. 7 was "free and independent" -- that is, in order to make sure the second election isn't as corrupt as the first one -- heads will have to roll on the election commission. Some people would say this is naïve; others would just call it campaign sparring.

More specifically, Abdullah is demanding the dismissal of Azizullah Ludin, whom President Hamid Karzai appointed as the head of the Independent Electoral Commission (IEC). Shortly after the election, the Karzai confidant's organization announced a landslide victory for the incumbent. It was only after massive pressure from abroad that the organization agreed that something wasn't quite right about the election -- or about the results produced by the IEC. A UN-backed report released on Oct. 19 threw out nearly one-third of Karzai's vote from the August 20 elections -- and, with it, Karzai's clear majority.

Still, for his part, Ludin has no intention of stepping down from his post. Instead, over the weekend, he could already be found speaking excitedly about what he predicts the results of the runoff election will be. What's odd about this isn't just that his job forbids him from making any sort of predictions; it's also that he is completely open about where his sympathies lie -- and not a bit abashed about it. "We will have a new election," Ludin recently told the New York Times, "and will have the same results. Karzai is going to win."

In response, Abdullah called Ludin's statement "a scandal" that must be handled appropriately.

Still, as far as one can tell, it doesn't look like Abdullah's predictions of a new fiasco are going to change much about the upcoming election on Nov. 7. In fact, Afghanistan appears much more likely to be stumbling into yet another fraudulent election that will have virtually no independent monitors. The West is consciously turning a blind eye to the whole affair because leaders in Washington and European capitals cannot afford another failed attempt at turning Afghanistan into a democracy. The last thing that US President Barack Obama wants to have to deal with before deciding whether to send thousands more soldiers to the region is annoying questions, such as whether people are registering under different names to be able to vote multiple times.

Sen. John Kerry, the head of the Senate Foreign Relations Committee, recently got a taste of just how stubborn and undemocratic Karzai can be when he visited Kabul as a White House emissary. Kerry's job was to get Karzai to agree to the runoff election. It eventually happened, but not without a bit of arm-twisting. After chats over endless pots of tea that went nowhere, Kerry finally spelled things out to Karzai in less diplomatic terms: If Karzai said no to the runoff, the US was pulling out of Afghanistan. The threat did the trick. And the fact that the US praised Karzai as a great statesman for his decision was the most poisonous compliment the White House had uttered in quite some time.

In the end, all the Western governments -- including Germany's -- agreed to a dirty deal. Chancellor Angela Merkel even got so carried away as to publicly praise Karzai for merely following the most basic of the country's election laws. It's rare for a leading politician as careful as Merkel to come out in open support of a politician who has made it clear that, for him and his clan, democracy is just one annoying intermediate stop on the path to power. In his many speeches, he has also made a point of saying that the West doesn't want the second election to cause any commotion and that it wants him to be the "clear" winner.

Slim Chances of Fairness and Legitimacy

When it comes time for the election on Nov. 7, chances are that no one will really care much about the fact that the circumstances surrounding this election aren't much different than the ones that surrounded the failed first election. Despite the fact that 200 election monitors will be deployed at stations across the country, even Kai Eide -- the Norwegian diplomat who is the UN's special envoy to Afghanistan -- doesn't believe they will really change much. Like so many other UN officials, Eide just hopes that the vote won't just be a repeat of the farce of August 20. Still, after having spent a lot of time in Kabul, Eide has become a realist. "I do not expect that I will be able to eliminate fraud in two weeks' time," Eide told reporters last Friday. "But what I do expect, and what we will try to do, is to reduce the level of fraud."

Reducing fraud is one thing, but the UN won't be able to do any thing about the underlying problem. During the process of voter registration, hundreds of thousands of false voter cards were put into circulation. These cards are still out there, and they still can be re-used in the runoff. And then there are other troubling circumstances. First, the onset of winter is going to make things more difficult for election monitors, especially in the country's more rural regions. Second, the limited amount of time available for the planning phase of the election will mean that the monitoring mission will have fewer personnel -- and even less wiggle room -- to carry out its mission. Likewise, in many areas in the southern and eastern parts of the country, people won't even be able to vote since worries about security will guarantee that many polling stations don't even open.

'The Mayor of Kabul'

The West continues to demand that the election be legitimate. But the thing that is most likely to undercut any claims of legitimacy is the fact that it seems likely that voter turnout will be poor. Already in the first election, only about 40 percent of Afghans eligible to vote did so. But this time, with the Taliban threatening massive violence against people who take part in the runoff, election observers predict that they will be even less enthusiastic about voting in the November election. Should the level of participation fall below 30 percent, it will be hard for leaders in Washington and Berlin to even pretend anymore that they can speak about a genuine election or a legitimate president.

Given this constellation of circumstances, it is highly unlikely that Abdullah Abdullah even has a long shot against Karzai. The latter is often mocked as being merely the "mayor of Kabul," a slight meant to underline the fact that his government's forces have little or no control over major swathes of the country. But even that can't erase the fact that he still controls a functioning network in the country -- or can at least still raise the money he needs to get one. In any case, those surrounding Karzai are convinced that their man will emerge from the runoff victorious.

What is still unclear is whether anyone in Kabul or elsewhere will listen to Abdullah's justified objections after the election. At any rate, only a few hours after Abdullah's press conference, Karzai rejected calls for the dismissal of the head of the election commission without citing any reasons for his decision. 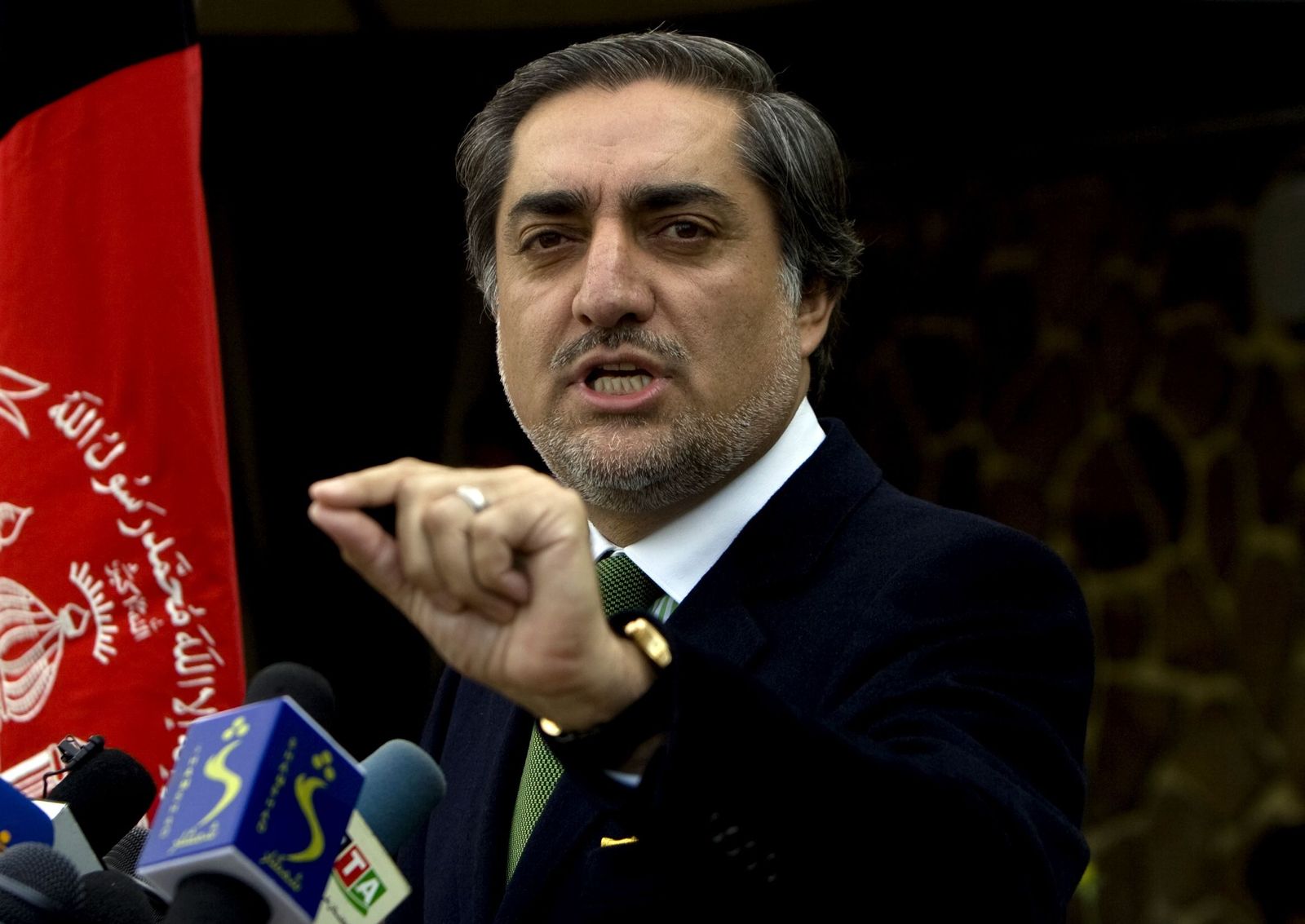 Abdullah Abdullah's chances of getting a fair shot at the Afghan presidenty in the upcoming runoff election with Hamid Karzia are extremely slim.