Western democracies consider themselves to be efficient, farsighted and just -- in other words, prime examples of "good governance." But in recent years, the euro and debt crises, along with wars in Iraq and Afghanistan, have shattered faith in the reliability of Western institutions. Disconcerted Europeans are casting a worried eye at newly industrialized nations like China and Brazil. Can the West learn something from countries that for so long sought its advice? In an introduction to a four-part series, SPIEGEL looks at how the world is governed today.

If it were measured soley by the millions of refugees and migrants who leave their homes in Asia, Africa and Latin America in search of a better life each year, there would be little doubt that the West has won the battle between political systems.

Six of the world's 10 most attractive destinations for immigrants lie in North America or Europe. Yet the four countries from which the most people emigrate to the United States -- Mexico, China, the Philippines and India -- are all growing dynamically. Even though many migrants never reach their intended destination -- often getting stuck in places with worse conditions than those they faced back home -- the politically free states of Europe and America are still so enticing that hundreds of thousands of people still try.

Twenty years ago, American political scientist Francis Fukuyama declared with the title of his 1992 book that we had reached "The End of History" and that Western liberal democracy had established itself as "the final form of human government." Both the flood of immigrants and popular uprisings to unseat autocratic leaders -- first in eastern Europe, then in the Balkans, in Ukraine, Georgia and now in the Arab world -- seem to prove him right.

But does his claim still hold true? Two decades after the end of the Cold War, Western elites can look back on a series of mistakes and setbacks that suggest Fukuyama's conclusion is questionable or at least premature. The erosion of the rule of law in response to the attacks of 9/11, wars in Afghanistan and Iraq, financial and economic crises have raised serious doubts about the quality of Western governance.

At the same time, the economic upswing and growing political clout of authoritarian states, especially China, gnaws at the self-assurance of those who, to bowdlerize Winston Churchill, consider democracy the best of all the inadequate forms of government in existence.

In the spring of 2008, SPIEGEL published a series of articles on the future of democracy. At the time, the concept was at the center of a philosophical and even moral debate. US President George W. Bush had declared the democratization of the world a political objective he was prepared to push through militarily, if necessary, just as he had in Iraq. Several governments, including Germany's, refused to follow him down this path.

The democratization of non-democratic nations is still politically divisive, but the global economic crisis has brought a practical consideration to the forefront that strikes at the heart of established democracies: Independent of the abstract form of a government, how good are the results that it achieves or, in other words, how well have leaders mastered their craft?

The debate raging among politicians and political scientists centers on a term known as "good governance." Five years after the outbreak of the financial and debt crisis, SPIEGEL is considering in a series of articles how good the leaders of four selected countries are at detecting and solving problems.

Using Rio de Janeiro as an example, the first in the series describes how Brazilian governments have managed to invalidate the seemingly irrefutable laws of globalization. The Chinese city of Lanzhou shows the practices that have turned China into a superpower in the second article. A third report, from the US, pinpoints the weaknesses plaguing the system of "checks and balances" that has been in place for more than 200 years. The final piece, on the exemplary European nation of Denmark, explains how governments and their citizens can cooperate.

American political scientist Charles Kupchan claims that there is a "mismatch between the growing demand for good governance and its shrinking supply," putting Western powers under pressure. He says it's no coincidence that the political systems in the US, Europe and Japan are all discovering their limits almost simultaneously. Their traditional tools, such as their currency control instruments, have repeatedly proven to be powerless when faced with the sheer might of global financial groups. Likewise, democratic governments, which rely on the approval of their electorate, "have proved far better at distributing benefits than at apportioning sacrifice." Worse still, many likeminded Western democracies no longer see eye-to-eye on how to solve global problems, from climate change to the isolation of Iran.

The politically savvy citizens of the West have been quick to recognize their governments' weaknesses. Why, they wonder, can speculators put the economies of certain countries under so much pressure that some, like Spain, have unemployment rates above 50 percent among those younger than 25? Why is the wealth disparity in industrialized nations now greater than ever? Why does it take longer to replace an old railway bridge in Pittsburgh than to construct the world's highest building in Dubai? "A crisis of governability has beset the Western world," Kupchan writes.

But are other systems any better? Even countries where the government doesn't need to seek re-election at regular intervals haven't been spared from the consequences of the economic crisis, and they too are increasingly being called to account for their actions. China's growth, Prime Minister Wen Jiabao admitted, is "unstable, unbalanced, uncoordinated and unsustainable." Until relatively recently, the economically battered West still hoped to tap into the bulging state coffers of the monarchies along the Persian Gulf. But these states are now having difficulties themselves. The Arab Spring has challenged the legitimacy of these regimes, and just like other autocratic governments, they are more concerned with trying to hang onto power at present than with saving the global financial system.

The debate over the best form of government has been raging ever since the days of Plato and Aristotle. Nevertheless, empirical studies about how government actions affect citizens have only been conducted in the last few decades. Probably the most ambitious attempt to evaluate the world's governments comprehensively is being carried out by the Bertelsmann Stiftung in Germany. The "Sustainable Governance Indicators" it has been using since 2007 grade government performance by the 31 members of the Organization for Economic Co-operation and Development (OECD), while its "Transformation Index" has been employed since 2004 to rate all other countries with more than 2 million inhabitants.

The mere fact that the studies divided the countries of the world into two categories shows how conventionally even economists and political scientists still think. Indeed, until just a few years ago the issue of good governance was only ever discussed in relation to developing and newly industrialized countries. The findings have been used by organizations like the International Monetary Fund, World Bank and first-world development aid ministries to gauge how much money to donate to developing nations.

That's no longer the case. Good governance has become a benchmark against which even the highly developed industrial nations of the West should be judged, partly because of stiffer competition between them. But also because, as is clear from the shift of entire industrial and production segments to former Eastern Bloc countries, or to China and India, they are increasingly competing with nations beyond the OECD's borders.

According to the Bertelsmann studies, Sweden is currently the world's best-governed country, while North Korea is the worst. Denmark ranks third overall, Germany 11th. But while the findings may be more-or-less expected for the countries at the top and bottom of the scale, there are quite a few surprises in between. France, for instance, ranks behind Chile, Turkey and Mexico because its government is less accountable to parliament, its citizenry and the media than in many developing nations. Another interesting revelation is that faith in democratic institutions has recently fallen dramatically in several countries -- including Hungary and Argentina -- that seemed for many years to be moving particularly stridently toward democracy.

The authors of the study struck at the heart of the debate with a question that the SPIEGEL series also addresses in its four case studies: How great is the difference in the difficulty of the tasks facing the world's governments?

"How can you govern a country that has 246 varieties of cheese?" French President Charles de Gaulle famously complained. It would seem harder still to pass a law in Washington that goes against the wishes of America's powerful potato growers' lobby. And what would de Gaulle have said about the challenge of leading more than 20 million Brazilians or 300 million Chinese out of poverty and into the middle class?

The standards of good governance rise in line with the demands and expectations of the governed. That is true not just in developing and newly-industrialized nations, but for Western countries as well.

Read SPIEGEL's first installment of the good governance series on Brazil here, and check back for more on China, Denmark and the United States in the coming weeks. 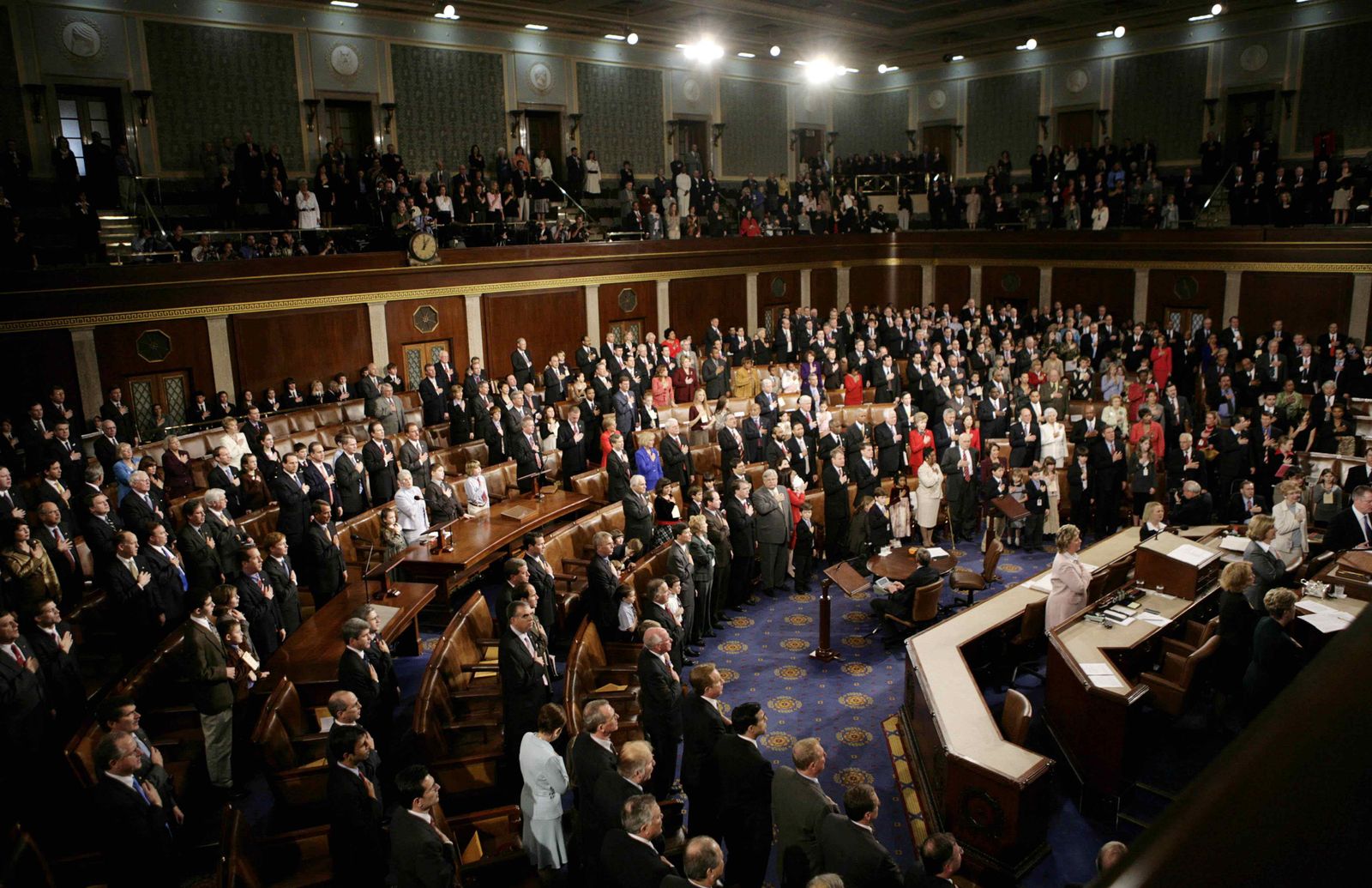 The US House of Representatives: Is democracy still the 'final form' of human government?