Politicians and business leaders are fond of talking about the new era of the green economy. But in reality, the exploitation of nature is on the rise. The Brazilian parliament is seeking to weaken laws protecting the rain forest. At the climate conference in Durban, South Africa, no agreement could be reached on limiting CO2 emissions. And in developing economies such as China and India, dozens of new coal-fired power plants are in the works.

One government after another is ducking its responsibility when it comes to the fight against climate change. Meanwhile, environmental activists around the globe have proven unable to reverse, or even slow, the trend. Indeed, the green movement seems to have lost momentum. Now, the head of Greenpeace has begun pursuing a new strategy. Kumi Naidoo is shifting his organization's focus to the developing world. He is linking the fight against global warming with the fight against poverty and is increasing Greenpeace's cooperation with large companies.

Critics have accused Naidoo of weakening the Greenpeace brand name. SPIEGEL ONLINE caught up with Naidoo at the St. Gallen Symposium in the Swiss city of the same name. In an interview, he defended Greenpeace against accusations that it has become too soft.

SPIEGEL ONLINE: Mr. Naidoo, Greenpeace seems to be powerless in its struggle to protect the environment. Is the planet already lost?

Naidoo: For millions of people, especially in Africa, it is already too late. They are already feeling the impact of climate change, which is not to say that through adaptation and mitigation they, and the rest of the world, cannot avert the worst consequences or relieve the suffering. But we need to act now and start doing all we can to protect the climate. We are definitely not powerless, but we need support. Other interests -- such as the oil lobby -- have access to vastly more financial resources than us, and this is what we're up against.

SPIEGEL ONLINE: What was your most recent success?

Naidoo: We have many, but a great example of our recent work is convincing Nestlé to stop cooperating with the Indonesian palm oil producer Sinar Mas. That company destroys large areas of rainforest in order to make room for its plantations, and a big part of our work is encouraging companies to practice ecological responsibility.

SPIEGEL ONLINE: Yet when it comes to issues on a grand scale, you haven't been as successful. Hazardous projects for energy production such as fracking or deepwater oil drilling are increasing. The global output of CO2 has continued to rise.

Naidoo: Unfortunately, it is true: We are winning important strategic battles. But we are losing the planet.

SPIEGEL ONLINE: How do you intend to change this?

Naidoo: We have to change the narrative of climate protection and create a sense of hope -- because there is hope. Do we want to be self-determined and curb the impact of climate change now? Or do we want to wait until it overruns us? It will take a different kind of proactive human thinking to get there and I believe we're capable of such change.

SPIEGEL ONLINE: So far, such apocalyptic scenarios haven't done much to change public opinion. A nuclear reactor in Japan exploded; a deepwater drilling disaster in the Gulf of Mexico resulted in the most disastrous oil spill in the history of America. Most countries, however, have not moved to abandon such technologies.

Naidoo: We are addicted to dirty energy, it is true. And it is an addiction, which, like all addictions, can be cured. But it's not easy. Maybe what will wake us up is the fact that we're talking about a dramatic increase in catastrophic weather events: about the country of Kiribati, which is slowly sinking into the ocean due to rising sea levels; about water shortages and the collapse of agricultural systems in some countries; about millions of climate refugees from Africa that will be heading for Europe; about devastating economic, social and ecological damage that can be prevented. Our leaders are big losers. Whereas they should be looking after the interests of their citizens, instead they are making deals with big business -- and thereby accepting catastrophe with their eyes wide open ...

SPIEGEL ONLINE: ... yet critics accuse Greenpeace of doing nothing to prevent it. You have been unable to shift the public discourse on climate protection. And now you want to fight poverty in addition. Aren't you losing even more impact with such a broad approach?

SPIEGEL ONLINE: On the other hand, hazardous energy technologies can boost economies. Angola is experiencing a boom thanks to offshore oil drilling. How can you convince the government of such a country that they should stop production in order to protect the environment?

Naidoo: The revenue of those industries is almost entirely flowing into the hands of a small, corrupt political elite, so yes, some people are experiencing a boom. But the word 'hazardous' here is more pertinent. With the overwhelming growth of renewable energy worldwide, oil spills and nuclear disasters, these industries are not stable investments in the long term. This kind of energy is based upon an outdated business model -- and not only because of the environmental impact. Angola and other African countries have an enormous potential to generate renewable growth, and emerging nations must learn from the failures of Western economic development. 'Leap-frogging' the West's dirty energy technologies is an important step in that process.

Naidoo: We could do this with the help of religion. Ideally, the Pope should ask the people: Do you really think God would bury oil and coal for extraction as the only option to produce energy? There are enough other sources of energy that are way easier to harvest: sun, wind and water to name only three. .When you look at the damage and destruction that needs to take place to source dirty energy, I think instinctively a human recognizes that this is wrong.

SPIEGEL ONLINE: Greenpeace is increasingly advising large companies on environmental issues. Isn't this strategy akin to sleeping with the enemy?

Naidoo: No. It would be a tactical error not to advise those companies or to avoid working with them. We welcome these relationships. Every ally for protecting the environment is important. We're better able to achieve our goals in partnership, not in opposition. And it is increasingly the case that the companies are coming to us. They hope to prevent us from starting campaigns against them. Greenpeace has long maintained a position of no permanent allies or enemies: We keep a neutral position.

SPIEGEL ONLINE: Or companies use you in an attempt to appear more environmentally friendly.

Naidoo: Sometimes, but in time and in this transparent online world, those companies are too often exposed, their true colors revealed. In reality, a lot of the company leaders that I am talking to are telling me: "We would love to make the company more sustainable." But they are caught in the vicious circle of quarterly reports. If environmentalism is negatively affecting a company's bottom line, it will scare away investors. We help provide managers with arguments against this fallacy.

SPIEGEL ONLINE: The hierarchy of Greenpeace is very rigid, with very few strategists determining strategy. Is the organization's structure still up to the task of changing minds?

Naidoo: The communications environment has never been better for organizations like Greenpeace. We are highly active on social media and have considerable success mobilizing large groups of supporters and winning news ones: Thanks to YouTube and Facebook, we were able to activate hundreds of thousands of people for our campaign against Nestlé's cooperation with Sinar Mas.

SPIEGEL ONLINE: Again, that was but a single campaign. Don't you need other strategies as well? In order to change the system, you need to change the people first.

Naidoo: True enough. Still, it would be a mistake to neglect campaigning or traditional media such as TV or radio at this point. Most of the time, we still generate more impact through those channels. But it is possible that social media will become increasingly important in our strategy.

SPIEGEL ONLINE: What changes does Greenpeace need to change?

Naidoo: Our overall approach to campaigning is changing. What environmental organizations have realized is that 'say no' messages no longer work like they used to. People switch off very quickly to that. We need to create inspiring visions of the world we'd like to live in, not the apocalyptic scenarios you referred to earlier. And this is happening. We are working on a campaign for Energy Revolution at the moment -- our vision, backed up by the right science, of a renewable energy future. So we'll celebrate success as well as the challenges. That is very different from the kinds of messages we've promoted in the past. 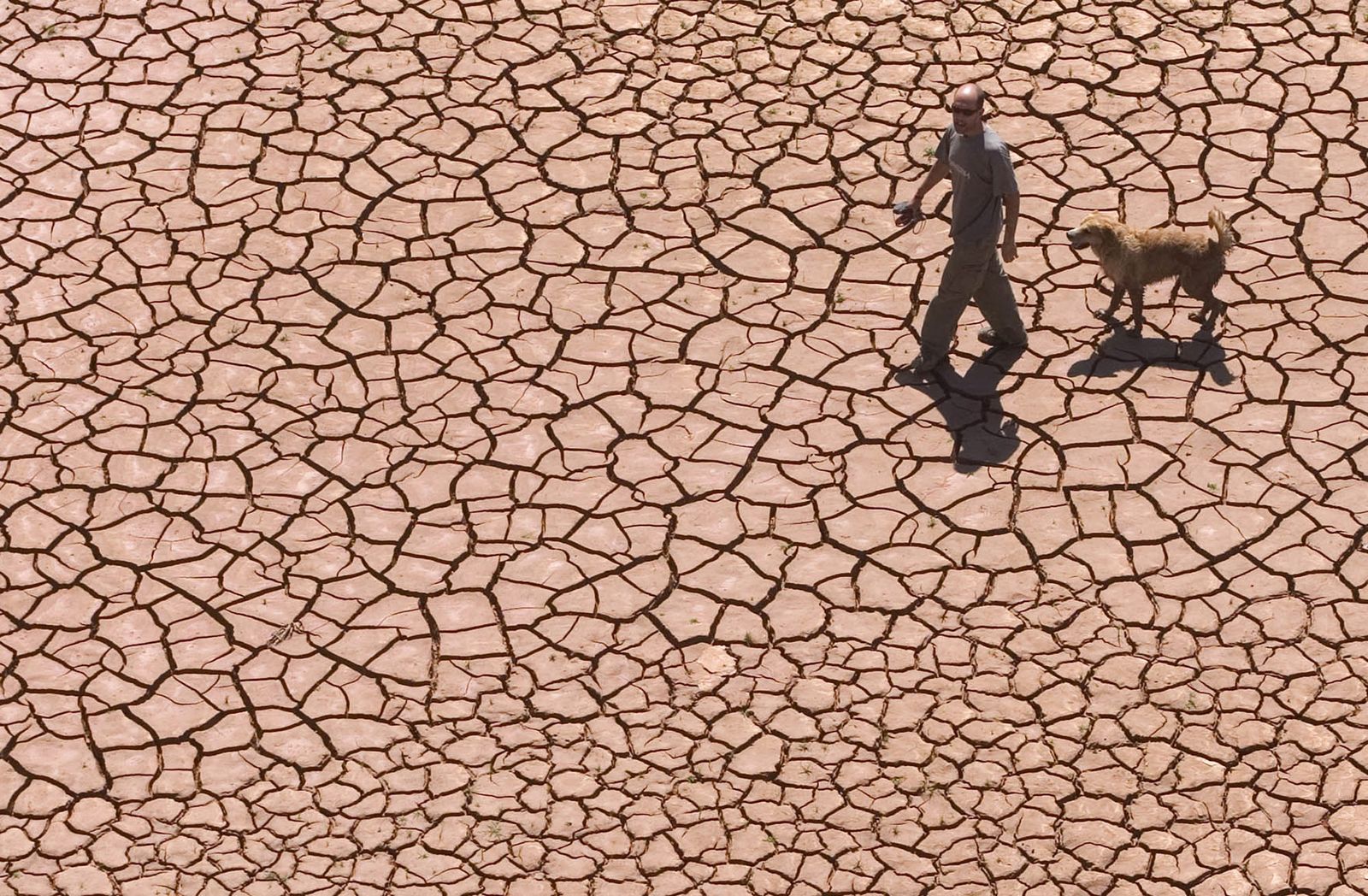 Greenpeace is searching for new strategies to combat climate change.