The researchers who develop vaccines hope, of course, that their products will work. This time around, however, even the developers themselves were surprised to see just how effective their products have turned out. Researchers from the Novartis pharmaceutical company, testing their swine flu vaccine this September, were astounded to find that just one dose was sufficient to produce copious antibodies in their inoculated patients.

Similar news had already come from China, and GlaxoSmithKline followed shortly afterward, finding the same held true for its vaccine, which Germany is putting into effect as of this week. Unexpectedly, the company found a second shot for adults was unnecessary.

These findings present a puzzle for immunologists and virologists, who are now asking themselves what this tells us about the pathogens behind swine flu.

Pandemic viruses are newly occurring pathogens. They're unknown to the human immune system, which is why people are so defenseless against them. Not one but two inoculation shots are generally necessary to provide sufficient defenses to an immune system that has no previous experience of a virus. Why, then, are current vaccination studies from around the world delivering results that seem far more fitting for a normal, seasonal flu?

Johannes Löwer, president of the Paul-Ehrlich-Institut (PEI), the German governmental institute that oversees immunizations, suggests these results could "perhaps be explained by the fact that the population is not actually as immunologically naive as was inferred from the virus' characteristics and the course of the infection." So is swine flu not actually as new as previously thought? Is it, despite evolving from swine and avian viruses, not a complete unknown for humans after all? And does that mean perhaps it isn't a true pandemic virus at all?

This is not exactly the most convenient time for these doubts to arise, at least from the perspective of Germany's health officials. The country's first large-scale vaccination campaign has just begun, with the public so far showing little interest in getting itself immunized. Doubts about swine flu's status as a pandemic are hardly welcome right now.

But the question -- is it a pandemic, an unusual flu season, or something else in between -- is not a purely academic one. When the World Health Organization (WHO) decided on June 11 to increase the pandemic alert phase to six, the highest level, pandemic plans came into effect around the globe, governments stocked up on drugs worth billions of euros, and companies turned out new pandemic vaccines. Was it all really necessary?

Taking preventative measures was certainly warranted. The virus has already claimed more than 5,000 victims globally. Pregnant women and young, previously completely healthy people have died of the disease -- although only in rare cases -- within the space of just a few days. Thus PEI President Löwer believes, "The question of whether the spread of the new influenza virus concerns a pandemic or rather a seasonal occurrence is a moot point with respect to the need to provide vaccines in a timely manner."

Did the WHO Overreact?

And yet it can't be denied that in most cases, the infection has run an astonishingly mild course. And the question of whether the WHO overreacted will only become more pressing. Some experts expressed criticism early on, saying that before declaring phase six, the WHO quickly modified its own definition of a pandemic. The organization simply disregarded the criterion that stipulates a very high mortality rate must first be present, and changed passages accordingly in the pandemic definition on its Web site. If the virus turns out not to be nearly as new as first believed, that begs a further question -- what, then, actually makes swine flu a true pandemic?

Some virologists already had doubts when the WHO first announced the existence of a new flu in late April. Top health officials were indeed talking about a "new subtype" of the influenza virus, one feature required by the US Centers for Disease Control and Prevention to meet its definition of a pandemic. But "new subtype," it turns out, was an inaccurate description -- the pathogen behind swine flu is in truth only a new strain of an old subtype. And as influenza expert Hans-Dieter Klenk at Marburg University's Virology Institute explains, "such strains are more closely related to each other than subtypes are."

Today's swine flu did arise new from a combination of avian and swine viruses. But it's related nonetheless, in a roundabout way, to the pandemic-causing virus of 1918, which still has descendants circulating in the population. That could help explain why older people contract swine flu considerably less often than young people -- for their immune systems, this new virus is simply an old familiar one retooled. But younger people may also be less defenseless against the new virus than originally believed.

The influenza proteins H1 and H2, which characterize different viral subtypes, typically vary by more than 40 percent. The H1 protein that has made the leap from pigs to humans with the current swine flu virus, however, differs from the H1 of the seasonal flu virus by only around 25 percent. "And we suspect," Klenk explains, "that this closer relationship is also reflected in some way on the immunological level." What does all that mean? That unlike with the pandemics of 1918, 1957 and 1968, when truly new subtypes sent waves of infection across the globe, this time human immune defenses may be better prepared.

The fact that many people require only one vaccine dose to be protected against swine flu is one piece of evidence. Another is that the virus didn't spread nearly as far through the population as originally feared during the Australian winter.

No one knows how swine flu's course will run. But in the end, British molecular biologist Derek Gatherer may prove to have been right all along. Gatherer declared his suspicions back in the beginning of July, that humankind is facing only a "pseudo-pandemic," one that "may be insufficiently virulent ultimately to enter the annals of major pandemics." 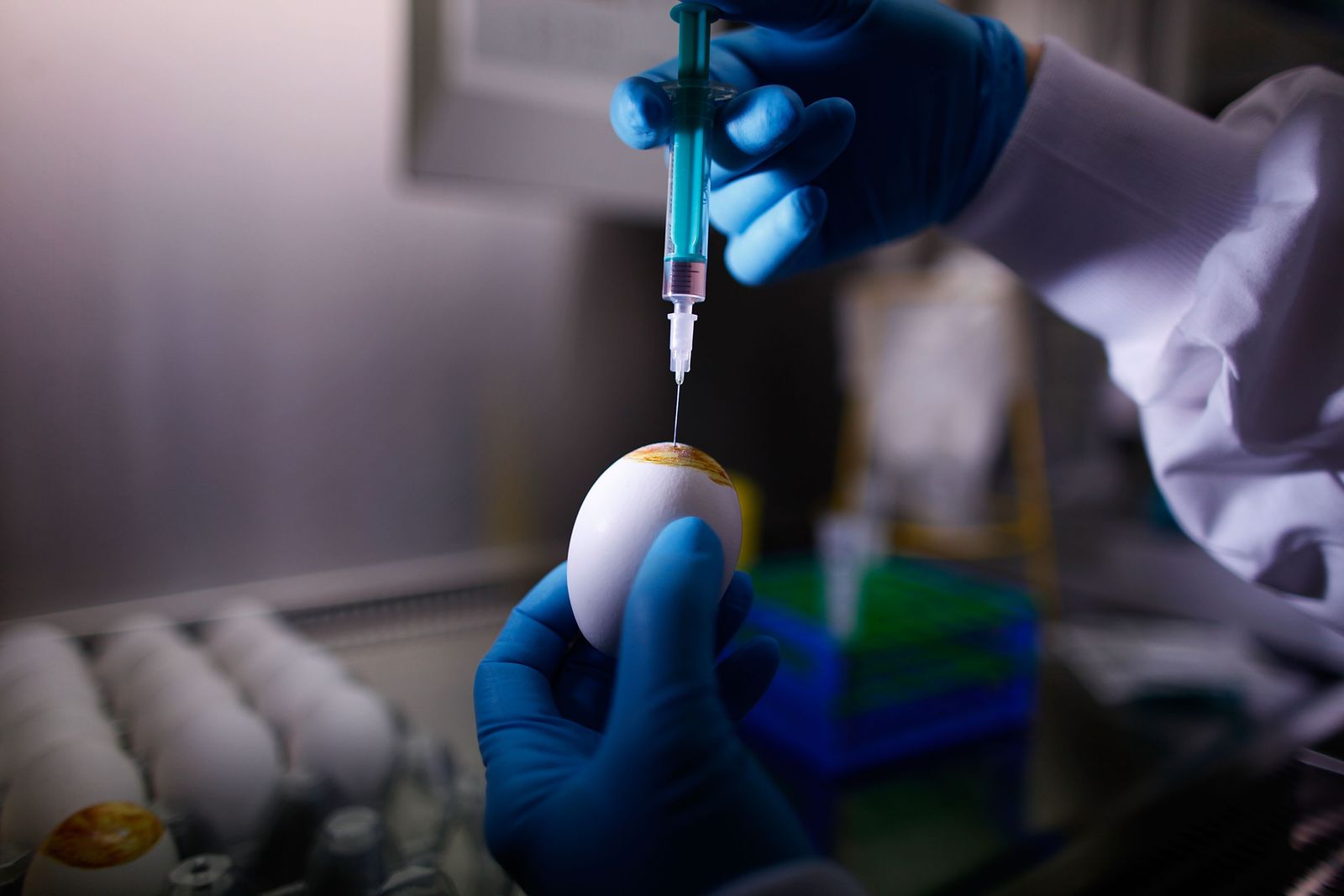