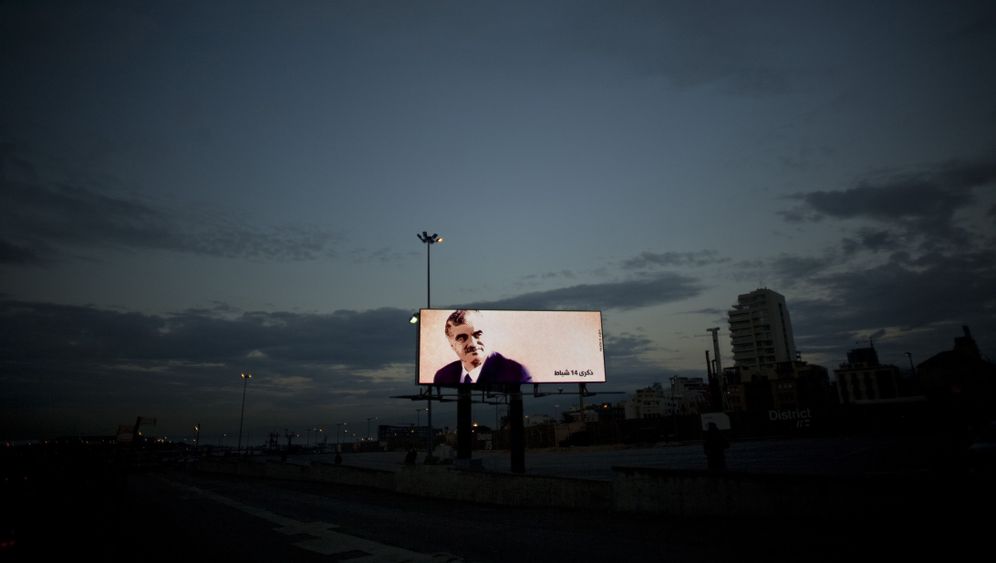 Rarely has there been a case like this one. The crime was both dramatic and brutal, the investigation was plagued by shocking errors and surprising twists. And rarely has a criminal case had such geopolitical significance. On Thursday, the Special Tribunal for Lebanon will begin hearing the case in an unimposing building in the Dutch town of Leidschendam near The Hague. The outcome is uncertain.

Former Lebanese Prime Minister Rafik Hariri was killed in an attack in Beirut almost nine years ago. Twenty-two bodyguards and passersby also lost their lives in the explosion. Six-and-a-half years ago, the United Nations decided to investigate the murder and established the Special Tribunal for Lebanon, also known as the STL. In the intervening years, the tribunal, which is funded by 28 countries, Germany included, has spent more than a quarter-billion dollars in its quest for truth.

Scandals have accompanied the investigation from the very beginning. High-ranking UN deputies have stepped down, for "private reasons." Others have been duped by dubious witnesses. In Lebanon, there are many who believe the tribunal has a Western bias; in the West, on the other hand, people worry that the UN body has withheld facts that could be uncomfortable for the Arab world.

What everybody seems to agree on, though, is that the case is about neither justice nor revenge. Rather, the STL is setting the course for Lebanon's future, and possibly for that of the entire Middle East.

The trial in the STL headquarters in Leidschendam is getting underway in the heart of a Middle Eastern minefield, and once again there are many with access to the explosives. Lebanon is currently suffering under a wave of attacks, partly the result of destabilization from the large numbers of refugees flowing into the country from neighboring Syria. At the same time, however, Qaida-affiliated Sunnis have begun challenging violent groups from other confessions in an apparent attempt to have Lebanon join Iraq as a battlefield in the ongoing religious proxy war.

Five men have been charged with murder by UN prosecutors: Mustafa Badr al-Din, Salim Ayyash, Hassan Oneissi, Assad Sabra and Hassan Marhi. All of them are members of the radical Shiite Hezbollah militia.

But it looks as though it could end up being something of a trial of ghosts -- the international community vs. phantoms. The court, led by a president from New Zealand, will see a Canadian-led team of prosecutors arguing against a French-led team of defense attorneys. But none of the Lebanese defendants will be in the dock. The trial and the verdict will all take place in abstentia.

Nobody is certain of the whereabouts of the five defendants. Western intelligence agencies believe that the two prime suspects are in Iran, according to information received by SPIEGEL. It is thought that the others could have become victims of "preventative liquidation."

Hassan Nasrallah, head of the powerful Hezbollah, or "Party of God," which is better equipped than the Lebanese army and also well represented in the country's parliament, has made it clear from the very beginning what he thinks of the STL. The tribunal, he says, is "an American-Israeli conspiracy," adding that the extradition of "brothers with honorable pasts" is inconceivable -- "not in 30 days and not in 30 years." Nasrallah has even threatened to "chop off the hand" of anyone who tries to do so. And he has accused Israel of responsibility for Hariri's assassination.

The crime that shook Beirut on Valentine's Day in 2005 at 12:56 p.m. local time was a monstrous one. A massive bomb, packed into a Mitsubishi van, exploded in front of the St. Georges Hotel just as Rafik Hariri's convoy rolled past. Body parts were blown onto the roofs of surrounding buildings, several cars burned up in the inferno and a two-meter-deep (6.6 foot) crater was left behind. "Mister Lebanon," as Hariri was often called -- a Sunni with billions to his name, a friend to both the West and to Saudi Arabia, the enemy of hardliners everywhere -- didn't have even the slimmest chance of survival.

At the request of the Lebanese government, the UN established an ad-hoc tribunal, the Special Tribunal for Lebanon. Beirut pledged to cover 49 percent of the costs associated with the body.

But the investigations repeatedly stalled. Prosecutor Detlev Mehlis, from Berlin, had four pro-Syrian Lebanese generals arrested and they remained in investigative custody for three full years before being released because witness accounts proved unreliable. The suspicion that Syria may have had something to do with the crime, and that Syrian President Bashar Assad may have known about the plot, has still not been completely dispelled. Hezbollah has always been funded in large part by both Tehran and Damascus and has openly fought on Assad's side in the ongoing Syrian civil war.

In May 2009, SPIEGEL published a detailed report on the attack's background and named Hezbollah commanders Badr al-Din and Ayyash as suspects. The head of the Party of God threatened SPIEGEL and the report's author with legal action. But it never materialized. Two years later, the STL released a warrant for the arrest of the two suspects named by SPIEGEL.

Badr al-Din, 52, long the head of Hezbollah's secret service, is believed by investigators to have been the organizer of the attack. He has a terrorist resume that is said to reach from attacks against Jewish facilities in South America to assassinations in Kuwait. Nasrallah made him responsible for foreign operations.

Badr al-Din is extremely familiar with the Shiite state of Iran. He was educated not far from the city of Isfahan and for years worked closely together with Kassim Sulaimani, a general in the feared Revolutionary Guard -- a group which, like Hezbollah, is something of a state within a state. It could very well be that Iran's new president, Hassan Rohani, knows where the two wanted men are hiding. But, even as Rohani has shown a predilection for reform, it is unlikely that he will want to do anything to endanger Iran's special relations with Hezbollah and the Syrian president.

Hezbollah controls several quarters of Beirut and entire regions in the country's south. The three large religous denominations -- the Shiites, the Sunnis and the Christians -- along with their corresponding political parties, eye each other with distrust, but depend on one another for peaceful coexistence. The result is the absurd situation whereby the Sunni premier, Najib Mikati, can't take the risk of tracking down the suspects himself even as he is obliged to provide full cooperation by UN Resolution 1757 and required to provide the Tribunal with monthly reports on his efforts.

Can the search for evidence succeed under such conditions, even if the highly professional tribunal is giving it its best effort? Is it possible and desirable to hand down a verdict in a case that has the potential explosiveness to tear an entire country apart?

The tribunal is in possession of mobile phone records that can prove the existence of a plot to kill Hariri. Witnesses are also scheduled to speak. Seventy-six have already provided testimony, with two dozen of them expected to take the stand in The Hague.

A special forces unit belonging to the STL has been tasked with providing witness protection. Some of those willing to give testimony will likely have to stay in the Netherlands for some time, protected by aliases and living in hotel rooms booked by the STL. Others are to receive completely new identities. Hezbollah, after all, has already proven its ability to strike in Asia, South America and Eastern Europe. Furthermore, witnesses' family members back home in Lebanon are at risk of retaliation.

One particularly prominent Lebanese has already found his own personal response to the danger: Saad Hariri, 43, the son of the murder victim and prime minister of Lebanon from 2009 to 2011, has spent much of his time in recent years in French exile or in his villa in Saudi Arabia. Trial observers believe that he will travel to Holland to follow the proceedings. Optimists believe that a verdict will come before the end of the court's mandate in the spring of 2015.

The STL is aware that the trial in the coming months is likely to become a political plaything. And the pressure on Hezbollah is immense. The organization has already lost more than 500 fighters in the Syrian civil war, more than during the war with Israel in 2006 -- a fact which has created great anger inside of Hezbollah. And Saudi Arabia intends to spend $3 billion to arm the regular Lebanese army, with the weapons to be purchased in France.

There is, in short, the possibility of a striking power shift both within Lebanon and in the entire Middle East. Hezbollah could lose its exceptional position. It is thus to be expected that the radical Shiites will do everything in their power to transform the potentially damaging trial in The Hague into a propaganda success, to discredit the tribunal and to portray itself as a victim. And it might succeed. Already, a majority of Lebanese believe that the court is one-sided and that the Israelis are to blame for Hariri's murder.

For Lebanon, such efforts to heat up emotions could lead to disaster. "We lurch from crisis to crisis, with superficial calms in between. But the crises are coming closer and could soon merge into a single, all-consuming crisis," Mohamad Chatah, the former Lebanese finance minister who is a friend of the Hariri family, said in December. Two weeks later, he was dead, blown up in an attack. Many believe that Hezbollah is responsible and Sunni radicals killed several Hezbollah commanders in response.

The peaceful Dutch town of Leidschendam, where people normally spend their time talking about whether more bicycle paths should be built and how the local windmill museum should be expanded, has become a focal point for global politics. Ideally, it will also play host to justice.