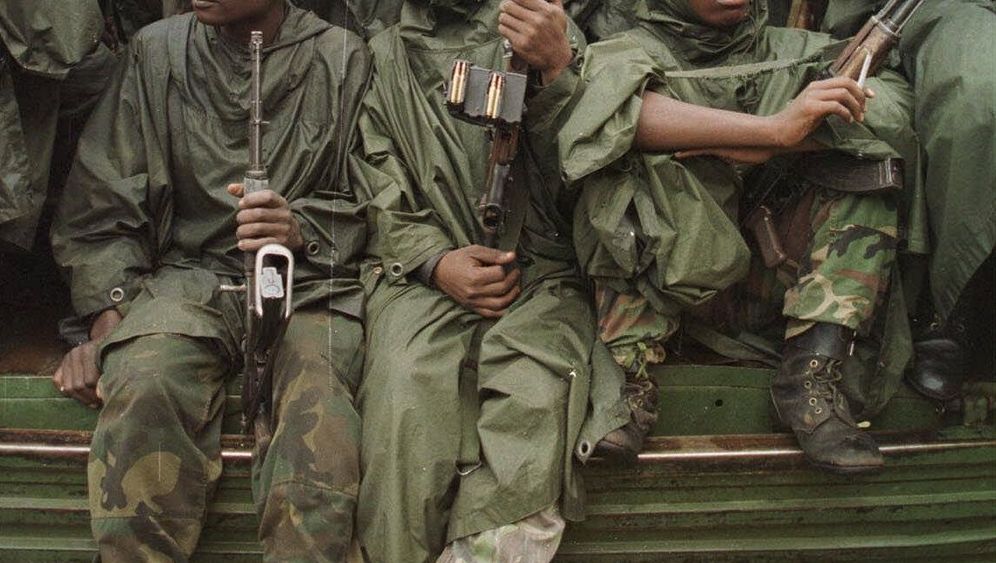 The report is over 500 pages long. It is one of the most comprehensive investigations into war crimes in the history of the United Nations. Even though it has not even been released yet, it has caused serious diplomatic tensions in New York, Congo and Rwanda.

Two dozen UN inspectors meticulously examined the mass murders in the Democratic Republic of Congo between 1993 and 2003. They assessed reports, viewed film documents and interviewed thousands of witnesses. They collated everything that was considered significant. The draft report has already been leaked and it is a documentation of horror.

The investigators describe how for years Rwanda-backed rebel groups hunted, tortured and massacred Hutu refugees in Congo, or Zaire as it was then known. Schools, hospitals, refugee camps, children, women, the aged -- nothing and no one was safe from the murderous gangs on both sides. By no means were the pursuers from Rwanda the only ones to perpetrate crimes. The report describes the massive country as corrupt and rotten, a place where human rights, justice and humanitarian values had lost any worth decades ago.

The decline of the country began long before the First Congo War of 1996 to 1998 and the overthrow and exile of the former dictator Mobutu Sese Seko in 1997. At the end of 1991 the Congolese from the copper-rich province of Katanga in the south of the country had started to persecute, displace and murder people who had migrated from the Kasai region. The conflict was fuelled by Mobutu, who felt threatened by many opposition politicians from Kasai.

Traders from Kasai were denied access to the markets in Katanga, their property was stolen, and they themselves were persecuted. In late autumn of 1992, around half of the residents of the town of Likasi in Katanga were forced out, around 60,000 people in total. Kasai migrants were also chased out of the mining town of Kolwezi, with the aid of the local police and officials.

The same occurred in other provinces, sometimes at the instigation of the provincial governors. The conflicts between different ethnic groups led to the deaths of over a thousand people in Katanga alone, something that barely registered in Europe and the US. The conflicts soon spread to the capital Kinshasa, where Mobutu was trying with all his might to hold on to power. Migrants from Kasai were the main victims, but political opponents also had to fear for their lives.

Meanwhile, in the mid 1990s in the resource-rich east of the country, agitation began against Tutsi immigrants from Rwanda and Burundi. In the North Kivu province, Banyamasisi-Tutsis had already been the victims of forced displacement. Now pressure was growing on the Banyamulenge-Tutsis in South Kivu. This pressure increased because two years previously millions of refugees from Rwanda, primarily Hutus, had fled into eastern Congo. They were a mixture of soldiers and civilians, murderers and children, and all had left Rwanda out of fear that the victorious Tutsis and their military leader Paul Kagame would wreak their revenge following the genocide of 1994 when 800,000 Tutsis and moderate Hutus were murdered by Hutu extremists over just 100 days.

Many reorganized themselves in the refugee camps dotted along the border and they then began tracking down Tutsis who had been settling in Congo for decades. By the end of September 1996, the systematic murders of Banyamulenge-Tutsis began. The UN report describes this in minute detail:

The report soberly describes more than 600 similar incidents and for every case there are witnesses and proof. The investigators did not rely on rumors.

The report states that people were "executed in their hundreds, often with edged weapons." It states that "the majority of the victims were children, women, elderly people and the sick ... who posed no threat to the attacking forces." The report goes on to say that the "systematic and widespread attacks have a number of damning elements which, if they were proven before a competent court, could be classified as crimes of genocide."

Yet it was not just Tutsis who put aside all standards of humanity in their war of revenge against the Hutus in Congo. The Congolese did not treat each other much better. The report provides ample evidence of that.

When clashes between the Hema and Lendu people escalated in the Ituri province in February 2003, the Hemas invited a Lendu delegation to talks in the village of Sangi. The Lendu group, which included a number of women, had barely arrived when the Hemas attacked them with machetes, knives and clubs. Some were bound and killed in the village church. Only two Lendu survived the slaughter. The conflicts between these two ethnic groups are also painstakingly documented in the UN report.

The official version of the report is to be released in a few days, but already in Rwanda in particular, the first reports in the media have caused great disquiet. The Kagame government has expressly denied that it took part in any crimes that could be equated with genocide in Congo. Over the past few months the government has even tried to prevent the publication of the report, or at least to mitigate it somewhat.

Foreign Minister Louise Mushikiwabo wrote a letter to UN Secretary-General Ban Ki-moon, in which she threatened to end Rwanda's involvement with the UN, and in particular said it would withdraw Rwandan peacekeeping troops from UN missions, for example in the Sudanese crisis region of Darfur. And the government spokesman in Kigali says that it would be "immoral and unacceptable" for the UN, "an organization that failed outright to prevent the genocide in Rwanda" to now accuse "the army that stopped that genocide of committing atrocities in the Democratic Republic of Congo."

And yet Rwanda and its history are inextricably linked with the decades of bloodshed in Congo. That was made apparent once again at the beginning of August. Members of the FDLR, the Rwandan Hutu militia, raped at least 179 women not far from Walikale in Congo. The victims said that they had each been raped between two and six times. The terrible violence went on for several days.