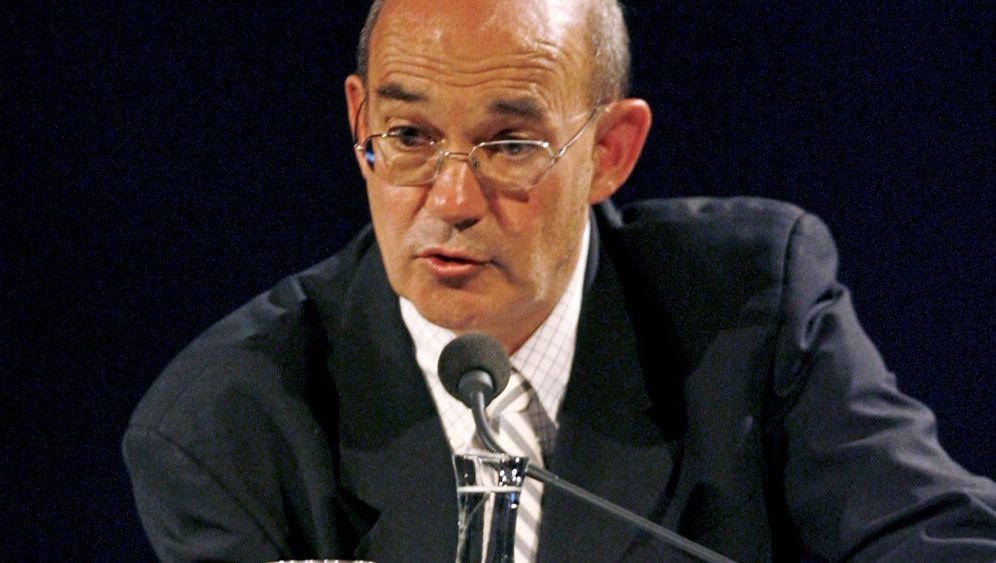 SPIEGEL: What do people in Israel think about the

Tom Segev: Ever since our country came into existence, we have always assumed that we are better than the Arabs. But now we are noticing that these are no longer backward people. Suddenly we are confronted with a new situation -- the fact that the Arab world maybe thinks just as democratically as we do, perhaps even more democratically. Where does this leave us? After all, we're supposed to be the only democracy in the Middle East!

SPIEGEL: Will Israel have to measure its achievements against those of its neighbors in the future?

Segev: Yes. And while we see democracy coming to the Arab world, democracy is getting weaker in Israel. We have a foreign minister whose party can be compared with far-right movements in Europe. Democracy is in jeopardy in Israel, and this threat is greater than the external threat.

SPIEGEL: In Israel, one senses more concern than enthusiasm over the uprisings.

Segev: Like most Israelis, I know very little about the Arabs. We just look down on them and see them as a threat. We have absolutely no experience with a democratic country in our vicinity. Is it good or bad for us? I am convinced that democracy isn't just good for the people in those countries, but for Israel as well.

SPIEGEL: Many already see the peace with Egypt coming to an end. What do you think?

Segev: Don't forget that the peace treaties with Egypt and later with Jordan have already survived several tests: two wars with Lebanon, two Palestinian uprisings, the attack on Gaza, the murder of Egyptian President Anwar Sadat. The peace, as fragile as it is, has become self-evident.

SPIEGEL: Many Egyptians hate Israel, and one of the first things the new leadership did was to allow Iranian warships to sail through the Suez Canal.

Segev: I thought it was interesting to see that Israel did not play a role in this revolution. The man on Cairo's Tahrir Square doesn't want anything from me, but he does want something from his government. That's a good sign. We (Israelis) always think that we're at the center of everything. It's true that we didn't make peace with Egypt and Jordan, but with two men, President Sadat and King Hussein. It is possible that we will have to restructure the peace and our relations (so that they are) between one people and another.

SPIEGEL: Those people include the Muslim Brotherhood, a powerful Islamic political group which could soon be part of the government in Egypt. Doesn't this scare you?

Segev: They terrify me, but I don't see how they can be more dangerous in a democracy than in a dictatorship. In fact, it's probably the other way around. What I do fear is that there will not be a real democracy in Egypt. Who says that the people are strong enough to assert themselves? Is the democratic spirit really that strong?

SPIEGEL: How should Israel change its policies now? Should it resume peace negotiations, for example with Syria?

Segev: We could have made peace with Syrian dictator Bashar Assad a long time ago. It didn't happen, because Prime Minister Benjamin Netanyahu doesn't want to give up the Golan (Heights).

SPIEGEL: Will the revolutions also increase pressure to end the occupation of the West Bank?

Segev: If the region truly becomes democratic, an undemocratic bit of earth would remain here. It's hard to imagine that the world, especially the Arab world, would tolerate this. Netanyahu adheres to his old position: He doesn't want a Palestinian state, and he doesn't want to give up the settlements and the occupied territories. Pressure from abroad is the only way to change anything.

SPIEGEL: Will the Palestinians also revolt? There have already been several demonstrations in Ramallah, where there is growing dissatisfaction with an increasingly authoritarian leadership.

Segev: I hope that the Palestinians don't make the mistake of unleashing a new intifada. They've tried it twice before, and the consequences were bad for both sides. But I don't think the forces are there (that could carry out) an uprising against the leadership. The people that could initiate it are in Israeli prisons. And what could they hope to achieve? In the end, they're too weak to end the Israeli occupation.

SPIEGEL: The Palestinians have close ties to Jordan, where there have also been protests. Are you worried that the monarchy could collapse?

Segev: It's still relatively calm there, but we shouldn't assume that it will remain that way. The Jordanian interior minister recently called a soldier who shot seven Israeli girls in 1997 a hero. At the time, after that terrorist attack, King Hussein himself came to Israel and begged the families for forgiveness. But now there is a rift in our relationship.

SPIEGEL: If there was a revolution in Jordan, would it pose a threat to Israel?

Segev: No, on the contrary. If the corrupt Jordanian monarchy were overthrown, it would be the ideal opportunity to solve the Israeli-Palestinian conflict, because the West Bank and Jordan could then be united. There is already a Palestinian majority in Jordan, and there is enough room for everyone there. That would be the best revolution I could imagine.