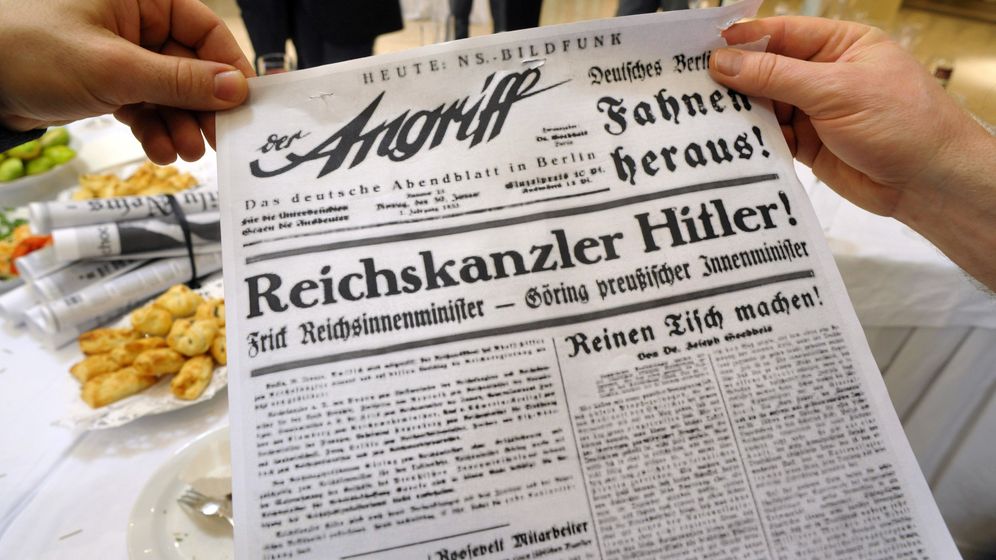 It was a nice idea, but it went spectacularly wrong. At a reception for journalists at the 2011 Biathlon World Championships in Khanty-Mansiysk, Siberia, decorative bouquets were made from old newspapers in different languages.

But someone clearly wasn't paying too much attention, as two pages from German newspapers of the Nazi era snuck in, some with explosive content. The headline "Reich Chancellor Hitler" was in a publication called Der Angriff, or The Attack, while "The Invasion has Begun" appeared in the Deutsche Allgemeine Zeitung.

"It has no political cause," says Irina Tashenko, the general director of the Ugra-Classic Theater Center, part of the venue for the championships. She has profusely apologized in a letter to biathlon's world governing body, the IBU. The newspapers were reportedly selected by mistake, picked by a designer who lacked the language skills to realize what they were, since Russian uses a different alphabet from German.

The Ugra-Classic complex has hosted biathlon events for five years, and the current competition in Khanty-Mansiysk forms part of the annual World Cup season.

Der Angriff was founded in 1927 by the Nazi party, and was published by Propaganda Minister Joseph Goebbels.