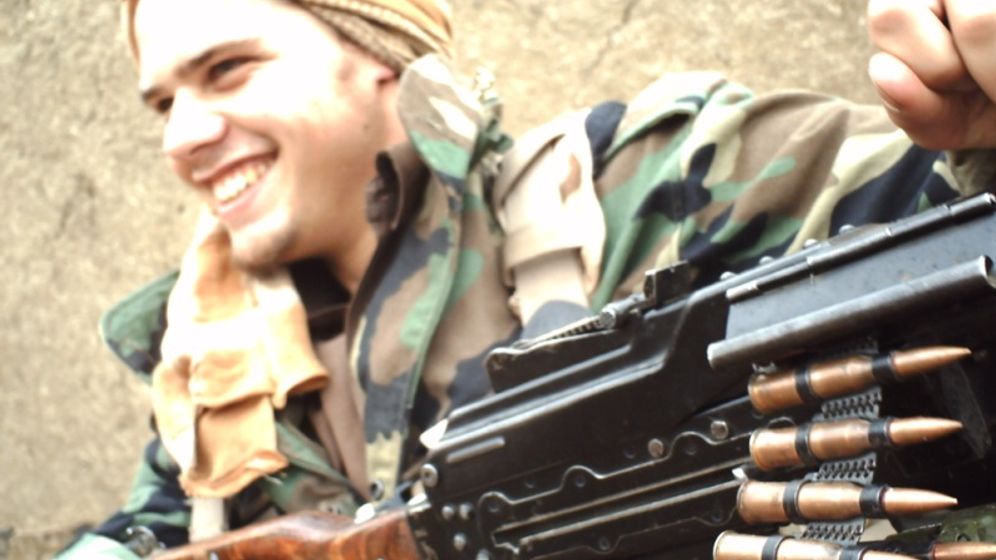 Eric Breininger, a German-born convert to Islam wanted by German police on suspicion of belonging to a terrorist cell, was killed on April 30 in a firefight with Pakistani troops, according to an unconfirmed claim by a Jihadi group on Sunday.

Breininger, 22, was a member of the Islamic Jihad Union and had contacts with the homegrown group of terrorists who plotted to bomb US targets in Germany in 2007. Three of the members of that group, known as the Sauerland cell after the region of western Germany where it was based, were arrested in September 2007 as they were preparing to carry out bombing attacks. They were sentenced to long jail terms in March this year.

A Turkish Islamist known as "Salaheddin," who was in charge of the Islamic Jihad Union's Internet site, is also reported to have been killed in the fight. German authoritities believe Salaheddin is Ahmet M., who was born in Germany and deported to Turkey 10 years ago.

German authorities said they were checking the report. The written statement made by the group called Taifatul Mansura and seen by SPIEGEL ONLINE says the two men were attacked by "Pakistanis who have deserted their faith" near the town of Mir Ali. It is likely to be referring to Pakistani soldiers. Ahmet M. had killed four attackers by exploding a hand grenade even though he had already been severely wounded, the statement said.

Eric Breininger was believed to have been in the Waziristan border region between Afghanistan and Pakistan since September 2007. He had appeared in several propaganda videos posted by the IJU in recent years and had tried to recruit new members in Germany.

If his death is confirmed he will be the fourth German-born jihadist to have died in the Pakistan-Afghanistan border region.

Cüneyt Ciftci from Bavaria in southern Germany committed a suicide attack in Afghanistan in March 2008 in the name of the IJU. Javad S. from Bonn, who had joined the Islamic Movement of Uzbekistan, died last autumn in a clash with Pakistani soldiers. Saadullah Kaplan, who like Breininger and Ciftci had been recruited by the Sauerland cell, died in autumn 2007 in a gun battle.

Taifatul Mansura is a mainly Turkish group which operates under the command of the Afghan Taliban and is closely linked to the IJU. Its statement says: "We, those responsible for the region Germany, regard it as important to mention that the jihad is getting increasing numbers of supporters from Europe, especially from Germany."