"Gays?" says the Azerbaijani man. "I hate them! I don't know any, and I don't want to meet any. In our view, they aren't people."

The man, who does not want to be identified by name, is not stupid. He has a university degree and is sympathetic to democracy and the European Enlightenment. But he is also a Muslim. A secular, modern Muslim, so he claims -- but one who hates gays.

The Eurovision Song Contest, which is being held this year in the Azerbaijan capital Baku, has a massive gay and lesbian following around the world. But homophobia is rampant in Azerbaijan, where many people consider the word "gay" to be an insult and the government uses accusations of homosexuality to discredit members of the opposition, regardless of their sexuality. There have been repeated attacks on homosexuals, but the victims rarely file charges against their assailants, out of fear of the corrupt authorities.

The well-known artist and poet Babi Badalov left his native Azerbaijan a long time ago. He says he doesn't have the slightest intention of ever returning to "this stupid country."

"I love the culture and the tradition, but I simply want to forget the tear-filled, unhappy years I spent there," he says. After Azerbaijan became independent in 1991, freedom of religion was granted, which was accompanied by an increase in homophobic attacks, he says. "Since then, homophobia has grown among the majority Shiite population. And there is no end in sight."

At the beginning of the 1980s, Badalov moved to the Russian city of St. Petersburg. Although the city enacted a law against "gay and pedophile propaganda" earlier this year, Azerbaijani homosexuals feel that Russia is still far ahead of their own country in terms of gay and lesbian rights.

"The new law is a response to the forceful protests by the gay and lesbian community in St. Petersburg," says Ruslan Balukhin, an Azerbaijani gay rights activist. "In Baku, such protests don't even exist. Just a rumor about a possible gay pride parade during Eurovision sparked a storm of indignation and anger among the population."

Although Azerbaijan abolished a Soviet-era law criminalizing homosexual activity in 2000, and many gays and lesbians are able to live and work in the capital in relative peace, homosexuals have to keep a low profile in public. Apart from a cruising area in the city center, there are no official meeting places, events or organizations. Some prominent homosexuals are open about their sexual orientation, but most gay and lesbians remain firmly in the closet.

Intolerance in rural areas is greater than in cities, leading many gays and lesbians in the provinces to flee from their oppressive and sometimes dangerous surroundings. It is rare for homosexuals to come out to their families, and many gays and lesbians live a carefully orchestrated double life -- for good reason. In 2006, the International Lesbian, Gay, Bisexual, Trans and Intersex Association (ILGA), a Brussels-based advocacy group, reported on the case of an Azerbaijani transsexual who was brutally tortured by her own father for years after learning that she had worked as prostitute.

"If my family found out, they would kill me or burn me alive," says one lesbian woman. Her answer is typical of the responses given by many homosexual Azerbaijanis when asked about how they act in public.

Attacks on sexual minorities can be motivated by religion, lack of education or the conservative attitudes of many Azerbaijanis. "But the worst thing is the ignorance," Balukhin says.

In a restaurant in the center of Baku, the author Alekper Aliyev jokes with a talkative, ostentatiously dressed cloakroom attendant. In the rear part of the basement is a kind of private room, a stone-clad area with two small tables. Elevator music is playing in the background. Aliyev, who is wearing a baseball cap and a hooded sweatshirt, comes across as well-educated and urbane in a low-key kind of way.

The writer caused a scandal in Azerbaijan in 2008 with his book "Artush and Zaur," which tells a love story involving two men. That alone would have been enough to cause a fuss in the country. But Aliyev added an extra twist: Zaur is Azerbaijani, but Artush is Armenian. Azerbaijan and Armenia are bitter enemies as a result of the ongoing territorial dispute over the Nagorno-Karabakh region. The novel caused a huge outcry in Azerbaijan, where it was banned from bookstores.

When asked whether foreign gays and lesbians visiting Baku for Eurovision need to fear for their safety, Aliyev says: "No, they can feel completely safe -- not because the Azerbaijanis are tolerant, but because the authoritarian government doesn't want any disturbances." He says that the clan of Azerbaijani President Ilham Aliyev -- with whom he shares a last name -- will "deal with" anyone who harrasses gays. He explains that Azerbaijan wants to present itself as an open-minded, secular country, adding sarcastically, "with dozens of political prisoners, but with 'free' sexual minorities."

The writer is concerned about the increasing radicalization of religion in the country. "It is just as dangerous for us to agitate against Islam as it is against the government," he says. "Azerbaijan is becoming more like Iran."

Indeed, the influence of neighboring Iran is immense, Aliyev says, even if President Aliyev, a staunch atheist, likes to cultivate a secular image for the country. Wearing headscarves is banned in Azerbaijan's schools, there are no religious programs on television, and mosques are occasionally shut down. "In the south of Azerbaijan, our compatriots send their children to Iranian schools and let them attend university there," Aliyev says.

On Wednesday, Iran claimed that the Azerbaijani government was insulting Islam because it was going to allow a "gay parade," according to the semi-official Fars news agency. In fact, there has never been such a demonstration in the country, and none was planned for Eurovision. In reality, Tehran is upset because the oil-rich Azerbaijan concluded a multi-billion dollar arms deal with Iran's arch-enemy, Israel, in February and apparently promised to allow the Israeli Air Force access to several military airfields in Azerbaijan -- which the Israelis could potentially use for an attack on Iran's nuclear facilities.

As it happens, there was never any chance of a gay pride event being held to coincide with Eurovision, as gay rights activist Ruslan Balukhin explains. "We would need the city's permission for that -- and we would not get it." 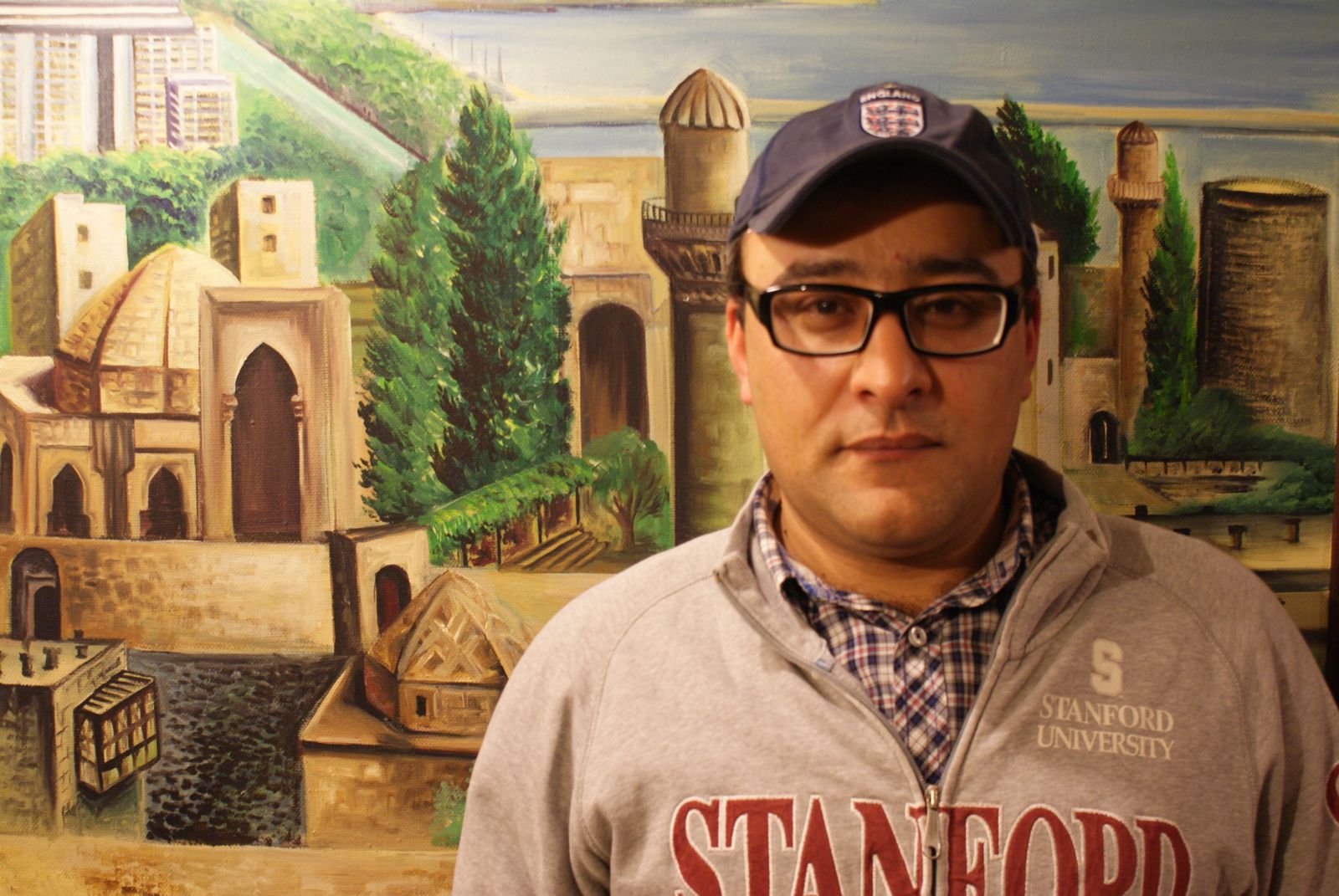