Politicians are used to engaging in politics -- either with or in opposition to other politicians. Traditionally, the foreign policy of one nation-state or alliance is confronted by the foreign policy of another nation-state or alliance. That's the way it has been for hundreds of years. But that's not the way it is at the moment. When Donald Trump is involved, politics is not confronting politics. Rather, politics is confronting the bizarre.

There is no precedent for such a situation in the history of the West. That fact is also contributing to the difficulties of practicing politics in this day and age. Politicians, after all, frequently look to the history books for examples to follow and traditions to pursue. But in the history of democracies, the chapter on the bizarre is rather thin. Someone like Trump is a totally new beast and requires a completely novel approach to politics.

That fact can no longer be in doubt following the U.S. president's trip to Europe, including his stopovers in Brussels, London and Helsinki. It makes little sense to hope that Trump might improve. He is the way he is and politicians from other countries have to get used to it. They have to develop a specific strategy for the period during which this president is in office.

For the European Union, the appropriate strategy can be expressed in a single word: hibernation. But that isn't quite as easy as it might sound. We're not talking here about the long, restorative slumber of a bear in her cave. Hibernation in the Trump era requires a complex political concept that Brussels should pursue in lockstep with all member states to the degree possible. Should that happen, there is light at the end of the tunnel, and perhaps even before.

Trump's embarrassing behavior during his trip has two primary causes: his explosive narcissism and his adherence to an extremely vulgar form of capitalism.

In 1989, back when Trump was nothing more than a real-estate tycoon, he suddenly said during a television interview with Larry King: "Your breath is very bad, it really is. Has this ever been told to you before?" Later, Trump explained this impertinence by saying it was a demonstration of his negotiating strategy: putting people on the defensive.

The last week has shown that it is a concept he apparently pursues in politics as well. He sought to unsettle German Chancellor Angela Merkel by claiming that Germany is a "captive of Russia" on the eve of his meeting with her. And he did the same to British Prime Minister Theresa May, saying just before their face-to-face that her rival Boris Johnson would make a good prime minister. It is vulgar. And it is ineffective. All it does is darken the mood and make it more difficult to find common ground. That, though, is the primary goal of foreign policy -- something that Trump is apparently incapable of grasping.

Regarding narcissism: Trump is constantly employing superlatives to praise his own deeds. Whatever he does, says or thinks necessarily has to be the best, the greatest of all time. On days when he is feeling modest, he might add a qualifier like "probably." One gets the feeling that he is seeking to insulate himself from overwhelming self-doubt. And that is what makes his narcissism so explosive. When doubts arise about his self-proclaimed magnificence, he is more or less capable of anything -- including uttering sentences that many, and not just his opponents, view as treasonous.

His election victory was not nearly as dazzling as he likes to portray it. Hillary Clinton received almost 3 million more votes than he did, with Trump only becoming president due to the peculiarities of the American electoral system. Close advisers and members of his family stand under suspicion of having maintained dubious contacts with Russians during the campaign. U.S. intelligence agencies have evidence that Russian agents interfered in the campaign.

The legitimacy of his election victory -- the greatest triumph of this small man's giant ego -- is thus suspect. And that is why Trump threw his intelligence services under a bus in Helsinki, why he betrayed all that America stands for and acted like a lackey to Russian President Vladimir Putin. All subsequent attempts to walk back the comments have only made the situation worse. It is comedy and tragedy at the same time.

That doesn't mean that Trump is unable to make the correct, logical move on occasion. Andrew Johnson, widely considered to be one of the worst presidents in U.S. history, bought Alaska from the Russians in 1867. It was a great deed, but it can't compensate for the fact that following the Civil War, Johnson wanted to refuse equality to the newly freed slaves, which marked the beginning of an eternal disaster in American society.

In the early 1970s, Richard Nixon pursued a sensible policy on China, which helped put the Soviet Union on the defensive, but he is primarily remembered for his crimes -- as the Watergate president -- and rightly so.

The reverse is true for Ronald Reagan. In the 1980s, he was widely considered among peace activists and beyond as a madman who posed a real threat of starting a nuclear war. But Reagan realized that rapprochement had primarily served to extend the Cold War and he felt it should be ended. His contribution to the fall of the Berlin Wall was significant.

Reagan was laughed at for being a former actor, but he was a real politician who learned the ropes as governor of California and with roots in the Republican Party. Despite a couple of bizarre speeches and adventures, most notably the Iran-Contra affair, he cannot be compared to Trump. With his aimless meanderings, Trump belongs more in the category of someone like former Argentine football great Maradona, who has now become the president of a football club in Belarus.

Trump is a historical outlier and that is how he should be treated. But his tenure in office is finite: It may end in two-and-a-half years; in the worst-case scenario, we may have to wait until 2025 if he is re-elected. And that is something we must prepare for given that Trump is a quasi-religious figure for his followers. They have faith in him, and that faith is not necessarily rooted in fact. 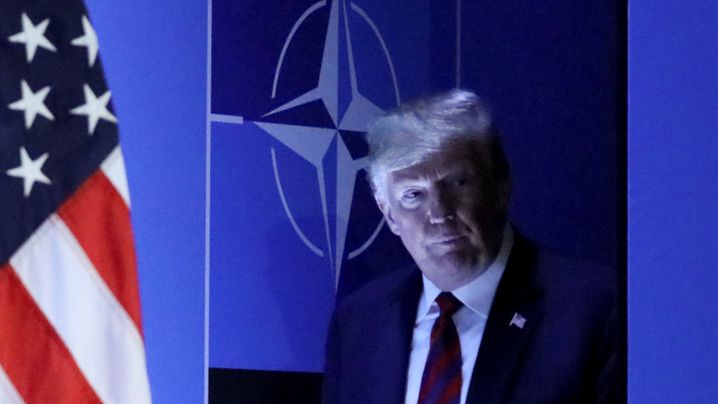 What, then, should be done? Europe could not commit a larger mistake than that of tailoring its policies to Trump and allowing him to dictate the agenda. It is tempting to fixate on Trump, something we journalists well know, but long-term political trends are much more important. They began long before Trump and will continue long after he is gone.

Nothing is ending with Trump. Nothing is beginning with Trump. That has to be Europe's guiding principle. We must avoid conflating him with the United States. There is no community of values with this president, but that doesn't mean that the West is at an end. Perhaps it is on ice, perhaps it is currently handicapped, but the U.S. remains the founder of modern democracy and its traditions have deep roots.

Era of the Bizarre

Trump does not mark the beginning of an era of the bizarre. His successor will very likely be a real politician. That successor may continue some of the trends that Trump has started -- the tendency toward isolationism, for example. But that is a trend that existed long before Trump and in recent years, it has been among the long-term trends of American politics. Europe can deal with that, assuming European politicians have capable counterparts -- real politicians -- on the other side of the Atlantic. Until then, Europe must avoid getting carried away and must shy away from escalation, particularly when it comes to the trade dispute. Reactions to Trump should be adequate, but not vengeful. Cool-headed politics are needed. Trump will go, but the U.S. will remain -- and should remain Europe's friend.

It has frequently been said that because of Trump, the European Union must further close ranks, establish a joint security policy and be more aggressive in asserting its own interests. That argument gives Trump too much credit: Europe must do those things no matter who is in the White House. Europe has been doing too little on that front for the last several years and Trump has only served to highlight that failure.

There is, for example, hardly an awareness regarding what should be the top priority of European foreign policy: the stabilization of North Africa and the Middle East. That is where many refugees are coming from, that is where the origins of terror are to be found -- and that has consequences for European politics and society, especially now that there is a threat of war between Israel and Iran/Syria. Europe must focus its energies on this region and do all it can to promote peace and development. That is much, much more important than a couple of unscrupulous tweets from Donald Trump.

The Comeback of Real Politicians

Another European interest is that of maintaining good yet critical relations with China. Europe should play the role of third party, with the other two parties -- China and the U.S. -- confronting each other as superpowers. Europe cannot resume its role as accessory as it was during the Cold War, a period when America determined the Western approach to the Soviet Union.

Europe is not involved in this clash, it is independent of it. Free trade, fair economic relations, a gentle but insistent promotion of freedom, democracy, human rights and the rule of law in China: Those should be the guidelines followed by the EU in its relations with Beijing.

The same holds true for the relationship with Russia, though the security aspect for Europe plays a much greater role here. Russia is also a European military power -- one that can rapidly cause significant harm if it wants. Europe must craft a benign security policy that is as optimistic as it is pessimistic. The Russians don't want war either, but if it were to start one, the European Union would be prepared. Brussels must plan for the long-term lack of an American security umbrella.

Such are the foreign policy tasks that have to be taken care of during hibernation and thereafter. They are tasks that must be addressed by real politicians. And here is the opportunity offered by the Trump era: the rehabilitation of professional politics. Politicians have a chance to show that they are needed, because only they can address the challenges that face us. 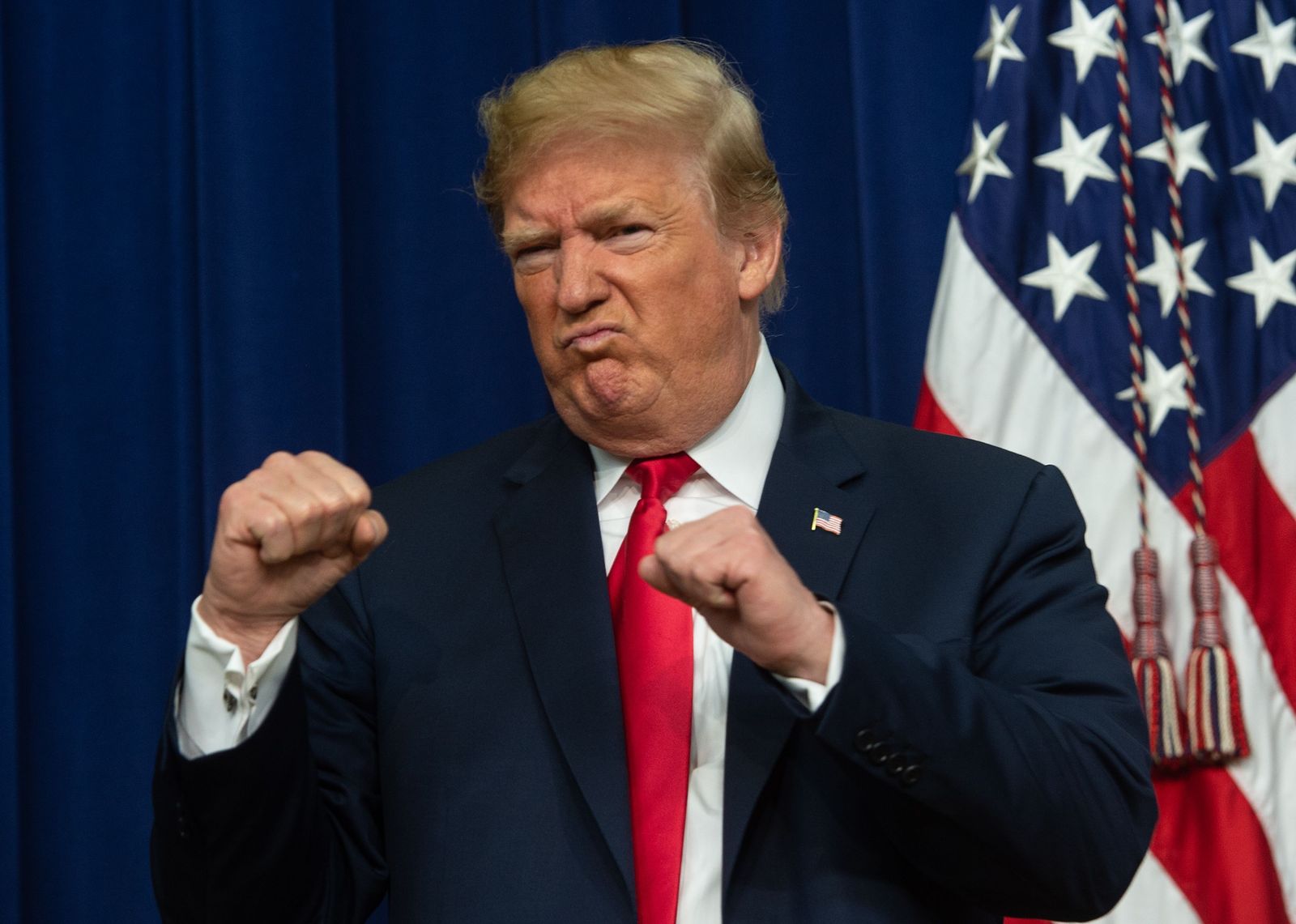 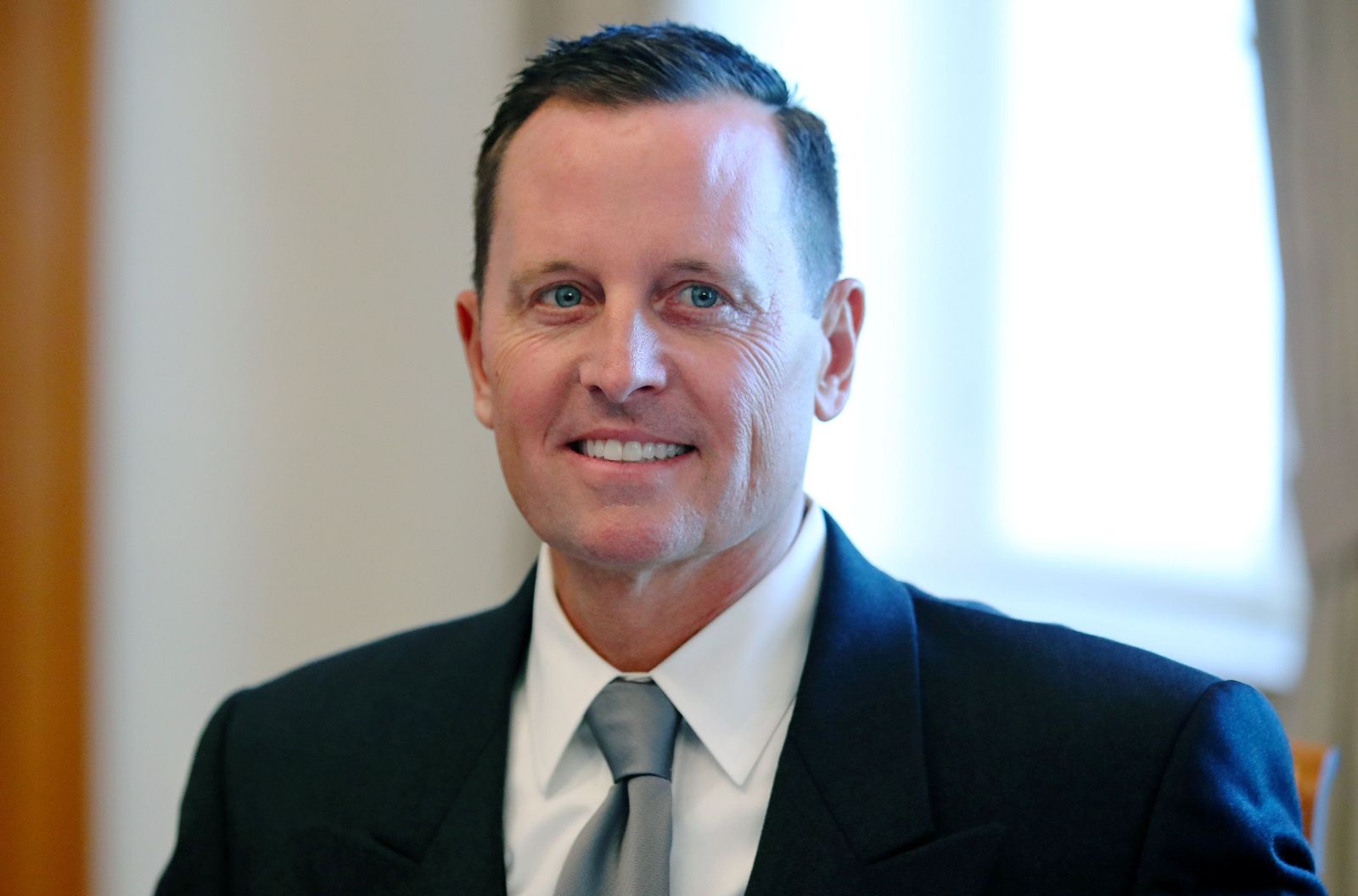 Trump's messenger in Berlin is U.S. Ambassador Richard Grenell. The ambassador made waves immediately upon arrival by demanding that German companies cease doing business in Iran. Many in Berlin say he is acting like a colonial governor.

U.S. troops participating in a NATO exercise in 2016. Trump has been hammering his European allies on defense spending and has been particularly critical of Germany. He even seemed to threaten this week that he would consider backing out of the alliance.