At this point, it’s hard to know what person in the German government first came up with the idea of brokering peace in Libya. Some say the idea came from Angela Merkel's Chancellery. Others believe it originated in the Foreign Ministry. German President Frank-Walter Steinmeier reportedly made an attempt to pursue the idea – and Andreas Michaelis, a senior official in the Foreign Ministry and confidant of Steinmeier’s, allegedly suggested the idea to Heiko Maas shortly after the latter became Germany’s foreign minister.

What is known is that during a regular foreign policy meeting between German Chancellor Merkel and Maas in mid-August, the two decided to become mediators in the conflict. The idea behind the initially secret “Berlin Process” had been to bring together all the countries involved in the Libya conflict from the outside – without including the Libyan parties themselves. Merkel and Maas were particularly interested in the countries supporting Libyan General Khalifa Hifter in his plan to capture the capital of Tripoli: Russia, the United Arab Emirates and Egypt. Hifter is vying for power against Fayez Sarraj, the prime minister of the internationally recognized unity government in Libya.

At first, things looked promising – so promising that the German ambassador in Libya tweeted: “With sufficient preparatory work, these efforts could lead towards a meaningful international event this fall.” Jan Hecker, Merkel’s foreign-policy adviser, and Michaelis made plans to hold an initial meeting in the Chancellery on Sept. 17. They invited high-ranking foreign-policy advisers from the three Hifter-supporting countries, along with Turkey, which supports the official Libyan government. Other guests included the permanent members of the United Nations Security Council and representatives of Italy, the European Union, the African Union and the Arab League. The plans required a considerable amount of work. Hifter’s supporters, in particular, reacted skeptically.

Sarraj supporters and Haftar allies clashed during an early-evening conversation that lasted for around three hours. Two European partners – France and Italy – also signaled their skepticism. Both countries had made previous attempts to solve the Libya problem, but in contrast to them, Berlin was seen by many as unbiased on Libya and less stained by colonial history. Leaders in Berlin also believed Germany’s actions at the end of the Gadhafi regime could help them become honest brokers in the conflict. When a Western coalition under French military leadership moved to oppose the longtime Libyan ruler in the spring of 2011, Germany abstained from the vote at the Security Council.

Given how many diplomatic attempts to solve the Libyan conflict had previously failed, it was a feat to get all the players to the table. To show that the German government was serious, Minister Maas personally welcomed the international advisers on Oct. 1 at the Foreign Office in Berlin.

But then negotiations stumbled. Allies of General Hifter were particularly reluctant to agree to a weapons embargo. The German hosts believed this was the necessary first step for a successful peace process. The more success Hifter had in Libya, the less his supporters were willing to agree to a compromise.

Can Remaining Question Marks Be Removed?

After that, Merkel agreed to make the negotiations a priority. During the third meeting, on Oct. 21 in the Chancellery, she dropped in on the negotiations herself. Another meeting then took place in late November in the Foreign Ministry. The German negotiators hoped they would be able to hold the summit before the holiday season in December.

Then Turkey created new problems. In late November, Libyan Prime Minister Sarraj and Turkish President Recep Tayyip Erdogan agreed to a “Memorandum of Understanding,” facilitating military cooperation and allowing Turkey to easily send ships as well as airplanes and soldiers to Libya. Hifter’s supporters fumed. The Greeks, the Cypriots as well as Libyan tribes all sharply criticized the deal.

A further meeting at the Chancellery as well as countless phone calls from Merkel and Maas were necessary for all the countries involved to declare themselves willing to attend the peace summit in Berlin in January.

On Saturday, Jan. 11, Merkel once again tried to secure personal support in Moscow for her Libya conference. At the Kremlin, Merkel and Russian President Vladimir Putin spoke much longer than expected – first for one-and-a-half hours alone, and then for another two hours as part of a larger group. When they stepped in front of the tightly packed crowd of journalists, it was clear that the conversation had been fruitful. Putin praised the German plan to have a conference in Berlin. Merkel lauded the attempt by Putin and Erdogan to negotiate a cease-fire between the opponents. The “Berlin Process” and the deal with Ankara now functioned like two parts of a whole. Putin looked at his watch and said, “The cease-fire should be starting in five hours.”

One final meeting of the countries’ leading advisers is planned for this Saturday. The last question marks are to be removed from the summit declaration, which is then to be signed by the countries’ leaders and foreign ministers.

But its success doesn’t depend solely on the final declaration. It's possible one of the leaders invited to the summit could cancel at the last minute. There's also the question of whether the agreement will actually get implemented at the end of the day. 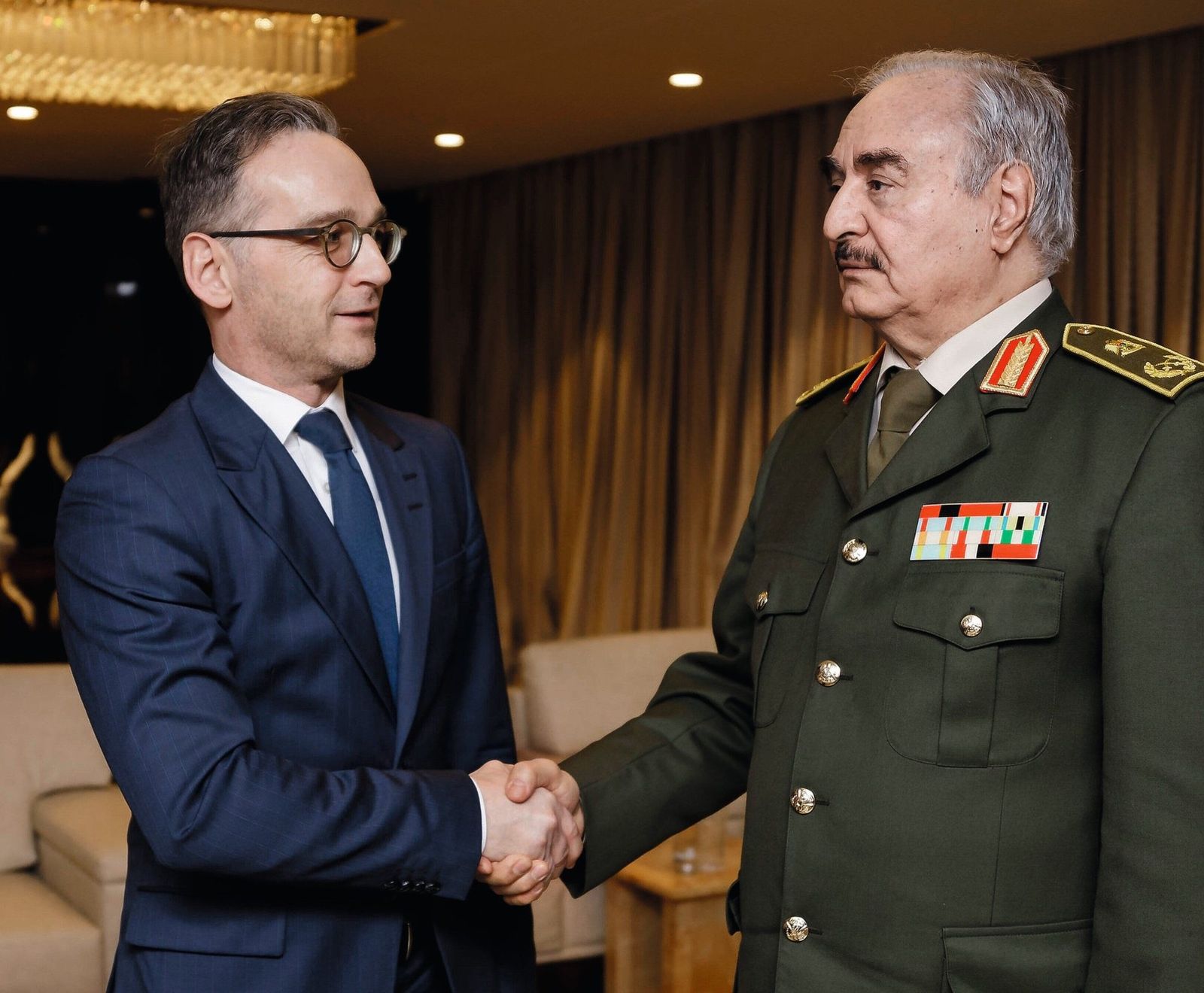