"If someone is gay and he searches for the Lord and has good will, who am I to judge?" Pope Francis asked during an unexpectedly candid in-flight news conference on Monday. "We shouldn't marginalize people for this. They must be integrated into society."

The pope's comments, made on his way back to Rome from his first foreign trip, have been welcomed by human rights advocacy groups.

"Pope Francis used a different and more benign tone than his German predecessor when he was talking about homosexual people," said Boris Dittrich, advocacy director of the LGBT program at Human Rights Watch. "I read his view ... as a call to Roman Catholic clergy in many countries to speak up and protest when gay men or lesbian women are arrested or discriminated against by the authorities in their countries."

"From now on, the Roman Catholic clergy cannot look the other way, but should support this vulnerable group to integrate in society they live in," he added. 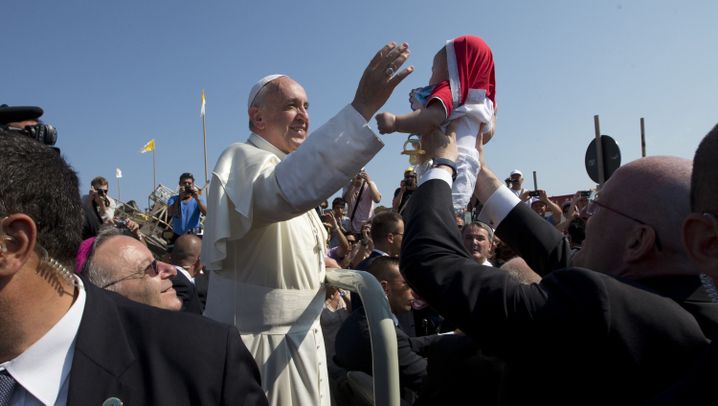 The German wing of the international Catholic reform movement "We are Church" also praised the pope's remarks. "This is a major coup for gay priests who have had to cover up their sexual orientation," said spokesman Christian Weisner. "It was a strong statement and an important signal that Francis is not afraid of reality."

Human Rights Campaign, the largest gay rights group in the US, said in a statement that the pope's remarks "represent a significant change in tone."

By contrast, Francis' predecessor, Pope Benedict XVI, signed a document in 2005 that said men who had deep-rooted homosexual tendencies should not be priests. Francis distanced himself from this position in his first news conference as pope, when he said that gay clergymen should be forgiven and their sins forgotten.

Change in Style, not Substance?

But Francis still stopped short of rejecting the Catholic Church's principle that homosexual acts are a sin.

"Basically, what he said was obvious," wrote Germany's center-left daily Süddeutsche Zeitung. "In his press conference, the pope skilfully avoided the truly thorny issue of whether gays and lesbians can only be equal before God (as others) if they are celibate."

Nevertheless, his remarks indicated that the new pope is willing to make his church more inclusive and merciful, and less critical and disciplinary, conceded the Süddeutsche Zeitung. "This new attitude is still noteworthy -- it suggests a willingness to step away from the old dogma."

The pope's comments were made in response to questions about reports earlier this year that a group of gay clergymen exert undue influence on Vatican policy. Italian news media suggested that a "gay lobby" contributed to Benedict's decision to resign.

"A lot is written about this 'gay lobby,'" said the pontiff. "I still haven't found anyone at the Vatican who has 'gay' on his business card. You have to distinguish between the fact that someone is gay and the fact of being in a 'lobby.'" 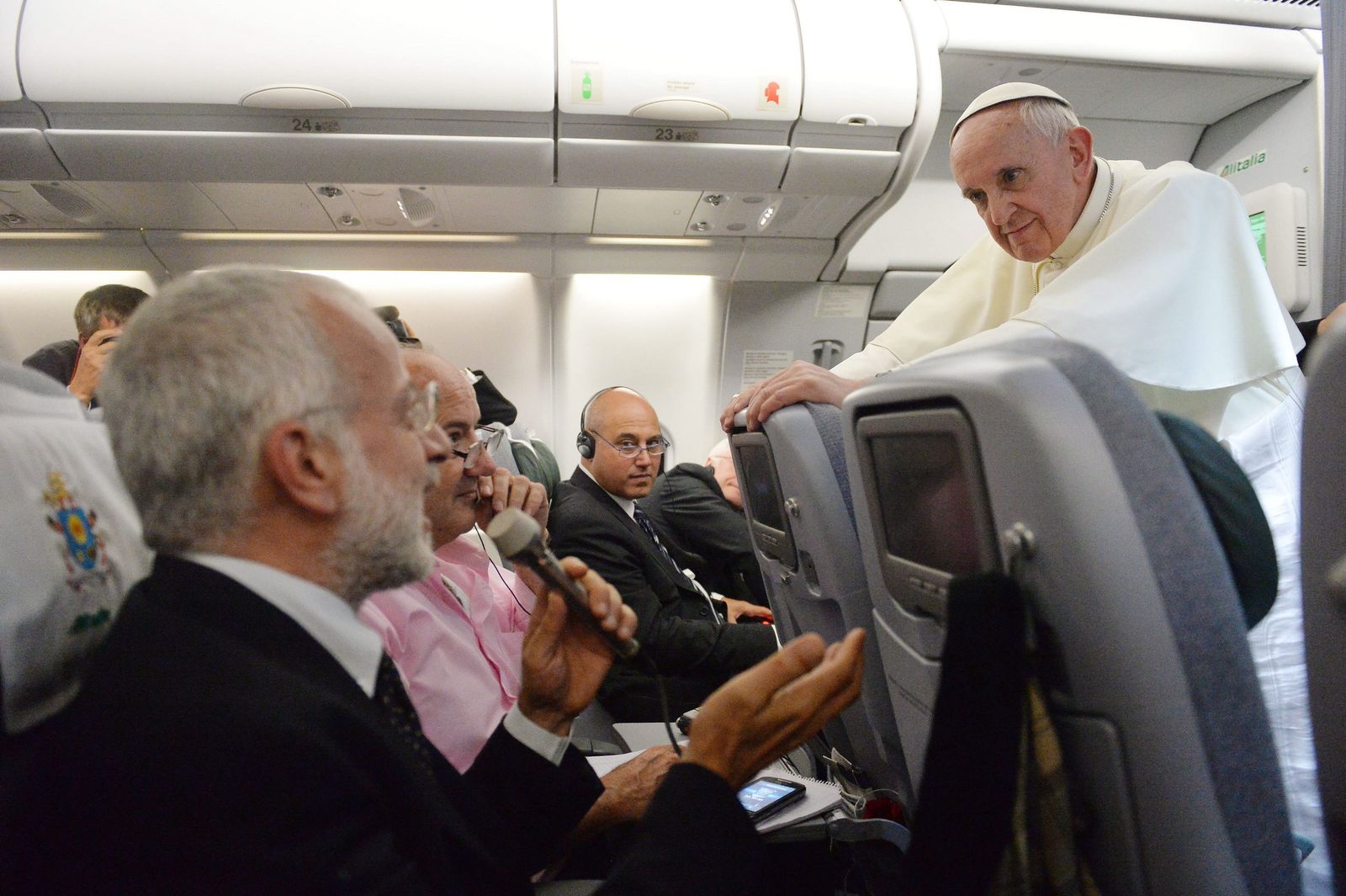 Pope Francis talks to journalists while flying home from his a week-long tour of Brazil, which culminated at the Catholic World Youth festival on Rio de Janeiro's Copacabana beach.