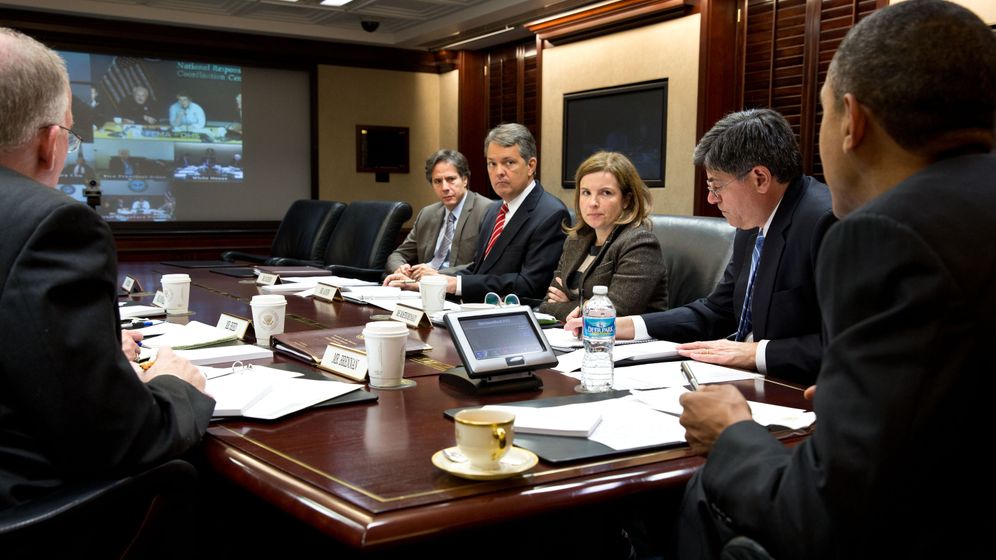 In the end, he pulled it off. "I have to give the president credit," said New Jersey Governor Chris Christie, a top backer of Republican candidate Mitt Romney. "He's done, as far as I'm concerned, a great job for New Jersey."

The leading Republican political figure was referring to Barack Obama and the aid he has so far provided for the East Coast state that has been heavily battered by Hurricane Sandy. It's beyond astounding given that Chris Christie has been one of the most ardent supporters of Obama challenger Mitt Romney. Christie's name had even been dropped as a possible running mate on the Romney ticket. He held one of the main speeches at the Republican National Convention.

Romney? He'd Just Get in the Way

And now he's feting Obama? Christie's outpouring of praise seemed to find no end on Tuesday on TV talk shows and Twitter -- the whole morning after the catastrophe. His message? "I don't give a damn about Election Day after what happened here." Christie, a major political force, is well-liked in America. 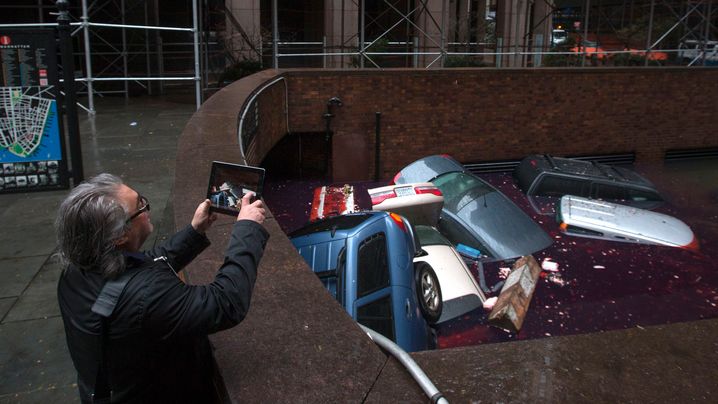 Asked by Fox News on Tuesday if Romney might tour the disaster zone, Christie brushed the question aside by noting that 2.4 million were without electricity in his state and saying, "I have no idea, nor am I the least bit concerned or interested," he said. "I've got a job here in New Jersey that's much bigger than presidential politics, and I could care less about any of that stuff." The subtext of his messages seemed to be that Romney would only be getting in the way if he came.

Shortly after, the White House issued its own statement:

"Tomorrow afternoon, the president will travel to New Jersey where he will join Governor Christie in viewing the storm damage, talking with citizens who are recovering from the storm and thanking the first responders who put their lives at risk to protect their communities. Additional scheduling details will be released when they are available."

It doesn't take much imagination to figure out what the reactions at Team Romney might be. "I have confidence that we will have support from the president and federal authorities," Christie tweeted.

Obama, for his part, has cancelled all of his election campaign appearances scheduled for Wednesday so that he can concentrate fully on the victims of the super storm, acting as the country's Commander in Chief rather than a man in the final leg of an election campaign. Even so, what Christie is doing to boost Obama's image on Tuesday and Wednesday is better than anything a stump speech could do for his languishing campaign.

On Wednesday, television images will show Obama side by side with a leading Republican right in the middle of the disaster area, with both showing expressions of concern and patting the shoulders of flood victims out of sympathy. Of course they'll be wearing raincoats for all seasons and probably rubber boots. Their message: Forget the animosity between our political parties -- in a crisis like this we stand together.

In an ironic twist, six days before the US presidential election, Christie has become one of the key helpers in Obama's re-election campaign. In a race as close as this one, that could prove decisive. So what's driving Christie? Is he already considering a potential presidential bid of his own in 2016? Or is he simply shocked by the sheer scale of storm damage that he has called "unimaginable"? That remains unclear.

Romney Launches Back into Campaign Mode

And Romney? In order to ensure his position in the coverage of the storm, he renamed his election campaign appearances on Tuesday as "Storm Relief Events" and collected blankets and food for the victims. But on Wednesday, he plans to immediately resume his campaign and travel to Florida to hold three "Victory Rallies".

Obama is instead focusing on the crisis and, by doing so, is forfeiting what could have been valuable time spent campaigning. It could pay off, too, particularly if his management of the disaster is successful and he is able to show that, unlike the administration of former President George W. Bush when Hurricane Katrina devastated New Orleans in 2005, his White House didn't fail in the wake of Sandy. At the moment, there are no signs of failure. Obama has asked his supporters to make donations to help hurricane victims. He has visited the Red Cross and warned his people that the situation still remains far from safe and that the threat of further flooding persists in the aftermath of the hurricane. He has also spoken by phone with 13 governors and seven mayors of major cities -- not to mention his several conversations with Chris Christie.

As a crisis manager, Obama also has a lot more to give. In contrast to his predecessor, one of the first things the president did after taking office was to boost the role of the Federal Emergency Management Agency (FEMA). The new fiscal year has only just begun in the United States and the US political news site Politico has estimated that FEMA has up to $7.8 billion at its disposal. The US Congress also has the ability to make a further $7.8 billion available without the need to pass any additional legislation. That may be necessary, too, given that economists are already estimating the costs of the damage caused by Sandy to be at least $20 billion.

This week Romney has had to defend himself over questions on whether he wanted to abolish FEMA. On Monday, campaign aides insisted he would not, but during a 2011 primary debate, Romney said he supported the idea of cutting back federal disaster response and instead giving a larger role to the states and the private sector. This week, Romney dodged a reporter's question about whether he would eliminate FEMA, but reporters at a number of publications, including the New Yorker and the New York Times, have interpreted Romney's previous statements as meaning he thought FEMA should be eliminated.

A Time for 'Big Government'

If anything, the current disaster, which has directly or indirectly affected the around 60 million Americans who live on the East Coast and has caused the deaths of at least 40 people, shows that the "big government" that is so vilified by many Republicans actually makes a lot of sense -- if it operates effectively.

After all, Sandy is a painful reminder of what can happen to a country if too much is left to free market forces. Due to the lack of public investment, America's infrastructure has become so vulnerable that millions can lose access to electricity for days at a time, countless streets and railway tracks are unable to withstand the forces of nature, communications networks collapse, an aging nuclear power plant has difficulty coping with rising water levels and others have to be shut down. In an editorial, the New York Times on Tuesday commented, "A big storm requires big government."

Both Romney and running mate Paul Ryan have said they would wage war on a strong government, instead focusing on the private sector. During this storm week, that contrasting position between the Democrats and the Republicans could make Obama a winner in this crisis.

It's possible that the tragic storm could do for Obama what the first television debate did for Romney: It could prove to be another turning point in the campaign. Obama cancelled all of his campaign appearances even though he didn't need to scrap all of them. He's staking everything on this single card. Meanwhile, the campaign is continuing. The first lady, Vice President Joe Biden, ex-President Bill Clinton, they're all making campaign appearances and in some cases are standing in for Obama.

But in the end, it may prove that the most effective support for Obama's re-election campaign came from none other than New Jersey Governor Chris Christie. 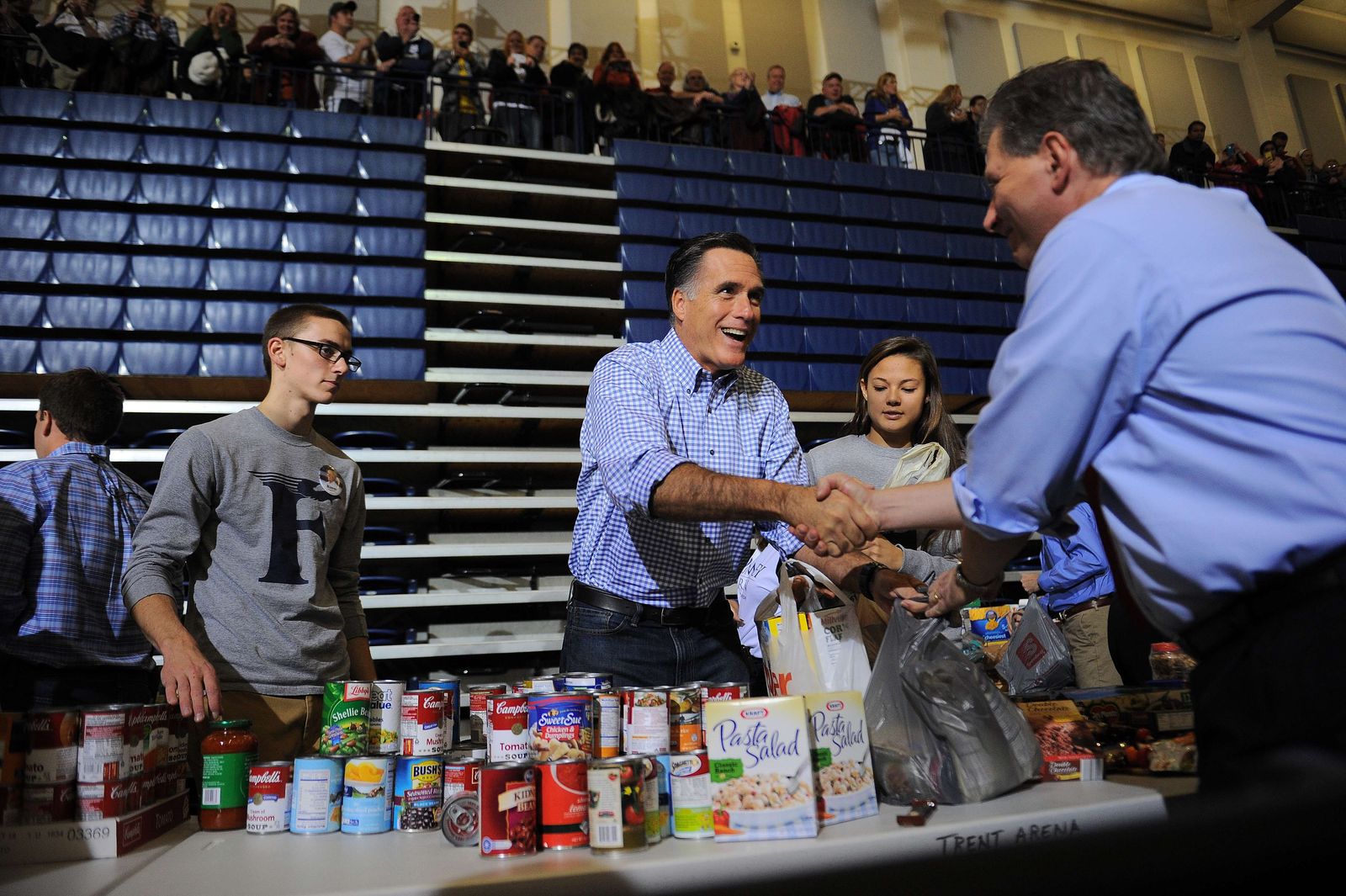 Romeny greets a supporter in Ohio on Tuesday: Now lurking behind the final leg of the election are memories of Hurricane Katrina, which devastated New Orleans and the Gulf Coast in 2005, and of then-President George W. Bush's bungled handling of the crisis. 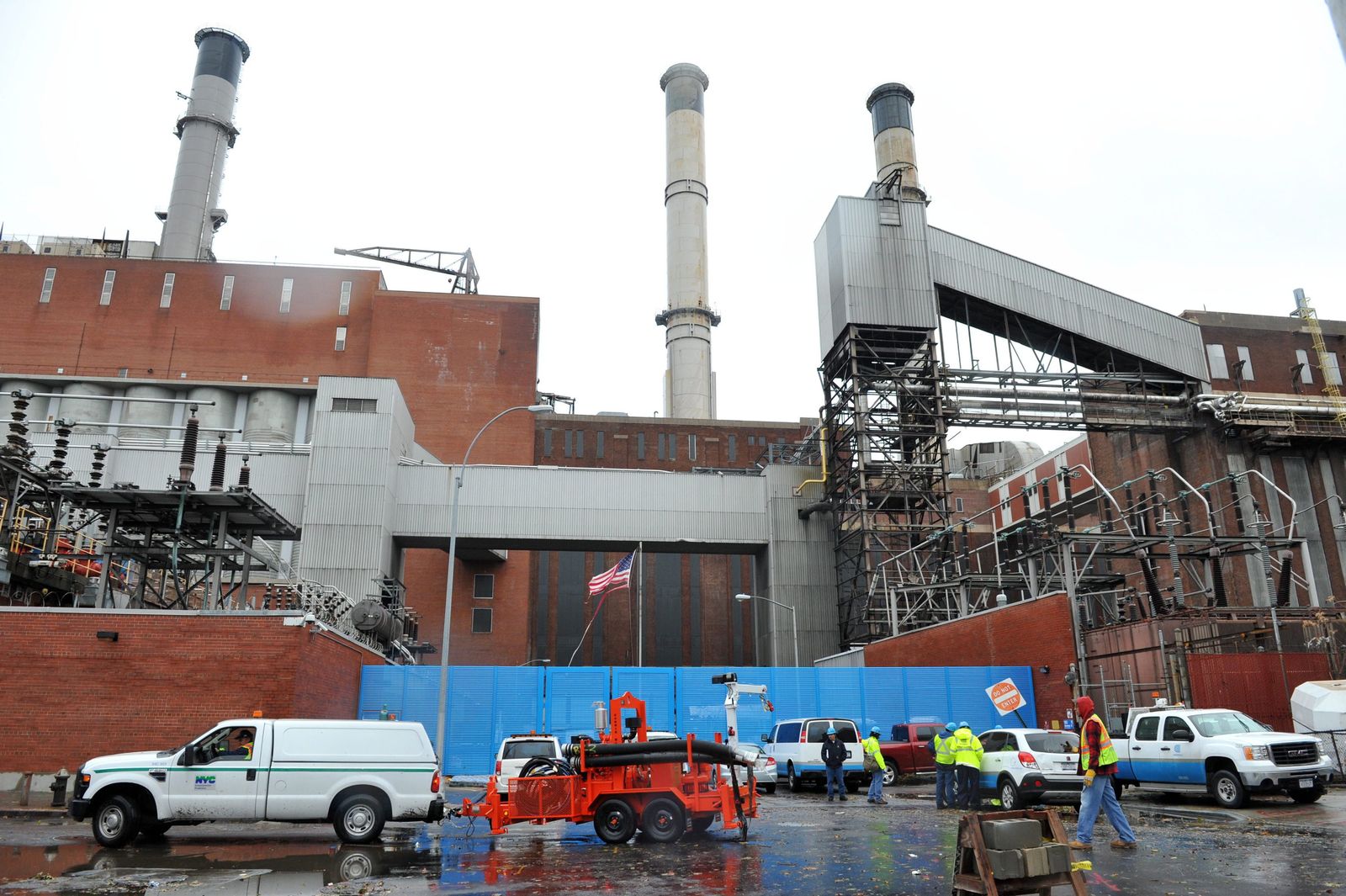 Sandy caused an explosion at one power plant in New York. According to the power company Consolidated Edison, more than 230,000 residents in southern Manhattan were left without electricity as a result.