In recent years, Bashar Assad has repeatedly given people the choice when his troops were about to recapture rebel areas in Syria: They could either choose deportation to Idlib or death. When the last hospital was bombed to rubble and the last supplies had run out after several years of siege, the survivors would agree to be taken to Idlib in green buses: sometimes only fighters and those active in the opposition, as in Eastern Ghouta, or sometimes everyone, as in the Damascus suburb of Darayya and in the eastern half of Aleppo.

The province of Idlib in the northwest of the country, surrounding the city of the same name, has now become the last retreat for the now largely Islamist rebels still fighting against Assad -- and many civilians. The United Nations estimates that 2.9 million people now live in the province, including 1.4 million who have fled the Assad regime from other parts of the country.

It has long been the regime's plan to collect the opposition in Idlib. And it has also long been clear that, at some point, it would be this province's turn -- and that there would be no more green buses heading somewhere else. Instead the bombs would fall until it was completely reconquered. Cruel, bloody and without any regard for civilians. That is Assad's plan for Idlib.

But on the eve of what would likely be the final major offensive in this seven-year civil war, it remains to be seen if Assad's plan will come to fruition. The assault is expected to start in the next several days. Ultimately, though, the decision on Idlib's fate will not be made in Damascus, but in Moscow. And Russian President Vladimir Putin has other interests than just helping his protégé Assad complete his military conquest. As long as Putin has the ability to threaten that millions could flee from Idlib to Turkey and then on to the European Union, he can exert pressure on the Europeans to pay for Syria's reconstruction. And that is exactly what he would like to see happen.

As such, the Kremlin might even be willing to accept a partitioning of Idlib. Under that scenario, Turkey would control part of the province and add it to the protectorate it has already established north of Aleppo. Some rebels could also find refuge there. In discreet negotiations in Kazakhstan's capital of Astana, Russia, Iran and Turkey have discussed such a partition several times. Such an agreement would involve Assad recapturing the western part of the province -- including in particular the small, strategically important town of Jisr al-Shughur. The village is located on the plain at the base of Ansarieh Mountain, near the main area settled by the Alawi ethnic minority to which the Assads belong.

The Russians would be given assurances from the Turks that the remaining rebels in Idlib would no longer attack their nearby Hmeimim Air Base. An agreement is also being sought on the important trade route leading from Gaziantep, in Turkey, via Aleppo to the south. The Turks would secure the northern part, the Russians the middle part and Assad's troops the southern stretch. Each of the three parties has an interest in the cooperation of the other two, because each is capable of blocking the others.

It isn't clear if Russia really intends to implement the plan. Even before the recapturing of the southern province of Daraa, most had assumed the Kremlin would adhere to the cease-fire agreement it had negotiated with the United States out of regard for Israel. Instead, Russian jets provided air support for Assad's troops.

The Turkish army, meanwhile, has literally dug itself in in Idlib in recent months. The military has built a chain of 12 bases, each secured with trenches, sand barriers and concrete walls, each one manned with around 150 soldiers along with army and intelligence officers. Syrians are only involved in securing the perimeter. "It doesn't look like they will be leaving voluntarily any time soon," says a Syrian translator, who has been watching as supply trucks arrive every few days.

The decision about the military presence will also be made in Moscow rather than in Ankara. The Kremlin is demanding that Turkey eliminate the terrorist organization HTS in Idlib, which emerged out of the al-Qaida-affiliated Nusra Front. Currently, there is little to indicate that Turkey is in a position to honor its part of the pledge.

Just under 70,000 fighters are believed to be in Idlib, more than half belonging to the National Front for the Liberation of Syria (NFL), which was founded in May. The troops have been trained and equipped by Turkey, with Qatar providing the financing. But HTS is still the second strongest force in the province, with around 10,000 fighters. And several rebel commanders, smugglers and journalists maintain that the Islamist group maintains close contacts with the Turkish intelligence service.

The article you are reading originally appeared in German in issue 37/2018 (September 8th, 2018) of DER SPIEGEL.

They claim that Turkish "emirs" within HTS serve as the middlemen to intelligence officers. Part of the rebels supplies in Idlib are provided by IHH, a charity organization with ties to Turkish President Erdogan. Many observers in Idlib suspect that Turkey wants to maintain HTS as a secret reserve force for used against the Kurds in northern Syria -- despite having officially declared the group as its enemy.

Because after the battle for Idlib, the next and perhaps last question in this conflict will be whether the Kurds in the northeast remain autonomous, whether Turkey will launch an offensive against them or whether they too will ultimately end up back under the Assad regime's rule. 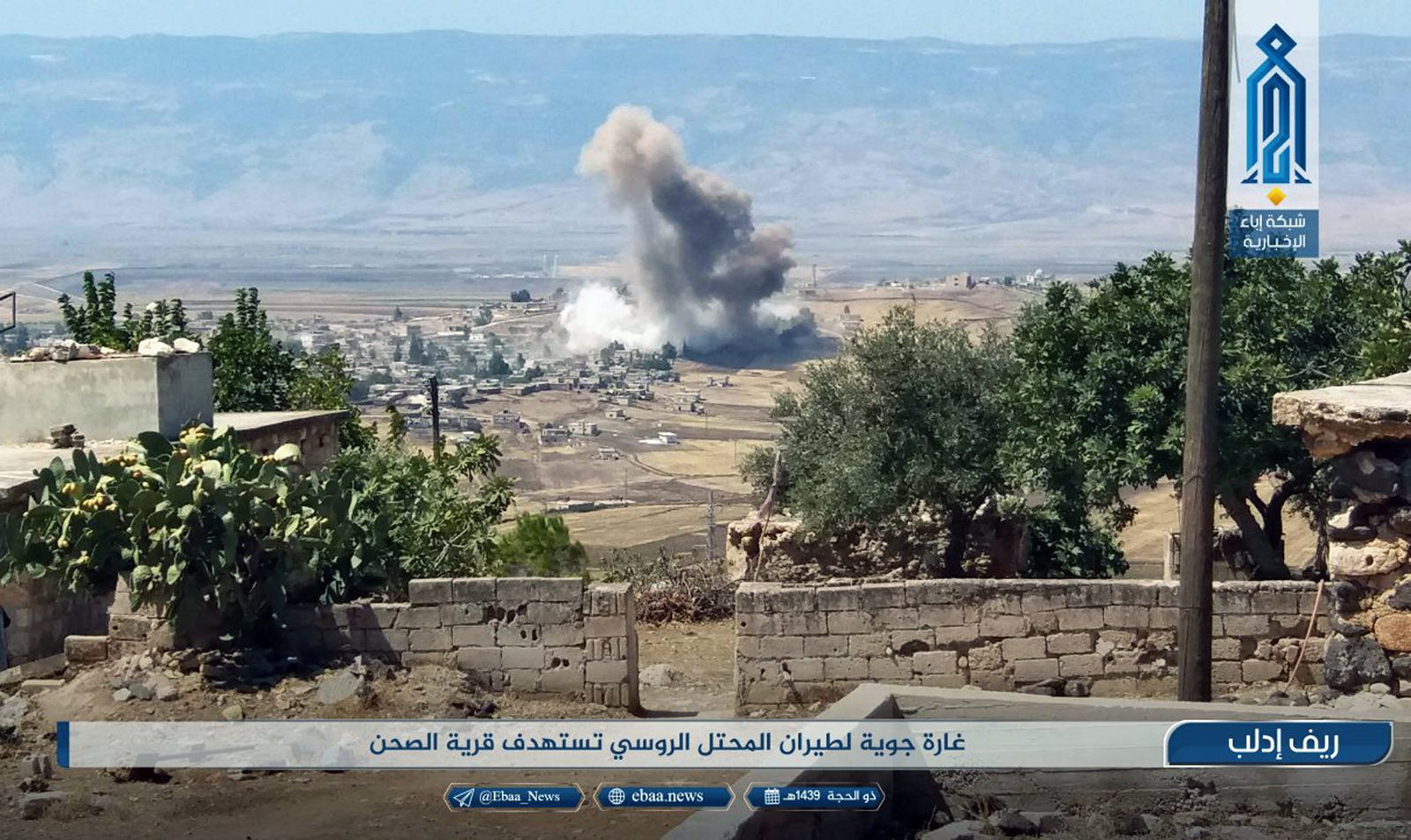 Smoke rises from a village near Idlib following an airstrike.