Osama bin Laden was vain and self-indulgent. According to former fellow fighters, he had an urge to interfere in everything. In recent years, however, he is unlikely to have been involved in operational attack plans -- it would have drawn too much attention to him. Instead, the Saudi citizen had focused on remaining invisible. He succeeded in doing so for 10 years, but in the early hours of Sunday US special forces finally tracked down the al-Qaida leader and killed him in a firefight.

Bin Laden may have been invisible, but his voice was still heard. He gave ideological guidance to the al-Qaida members, fighters, volunteers and sympathizers scattered around the world using audio messages released every few months. With the help of letters sent to al-Qaida commanders from his hiding place by courier, he retained final decision-making power when it came to the appointment of fighters to important positions, according to Western intelligence agents who claim to have observed evidence of this even just a few months ago. 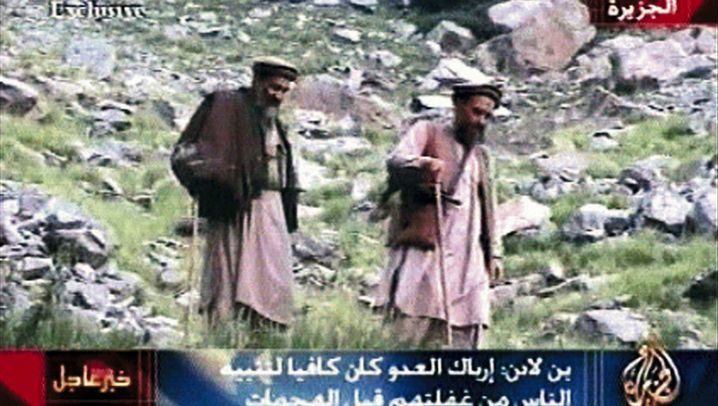 Without Osama bin Laden, al-Qaida would never have come into existence. The terrorist network is the result of an idea that the Saudi and his closest associates first formulated in Afghanistan in the 1980s. They argued that, instead of jihadists dying in their unsuccessful struggles against the regimes in their respective countries, they should unite and take on their common enemy, who was responsible for their lack of success: the United States. Osama bin Laden was convinced that the government in Washington was supporting the regimes in Muslim countries. So the "far enemy" had to be attacked. "The ruling to kill the Americans and their allies -- civilians and military -- is an individual duty for every Muslim who can do it in any country in which it is possible to do it," bin Laden proclaimed in a famous statement from 1998.

Bin Laden had at his disposal a well-trained and fanatical band of jihadists who came from all corners of the Arab world and who had combat experience. They formed the first generation of al-Qaida. From the double attack on the US embassies in Kenya and Tanzania in 1998 to the attacks on New York and Washington on Sept. 11, 2001, al-Qaida's rise to a global player in the world of terror was swift.

When the United States and an international coalition struck back after 9/11 and toppled the Taliban regime that had been sheltering al-Qaida in Afghanistan, the terror network lost its physical base. It could have been the end for al-Qaida. But it now became clear that bin Laden had created a truly transnational monster that was able to absorb such a blow: He and his deputy Ayman al-Zawahiri went into hiding, and ordered their fighters to return to their home countries to continue their fight. 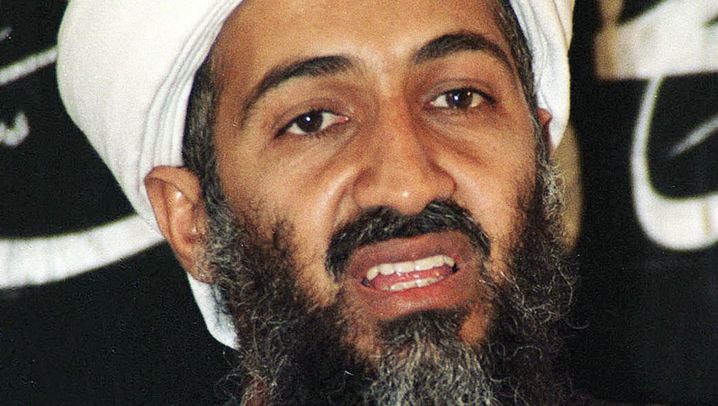 Powerful branches of al-Qaida formed in Saudi Arabia and Yemen, and later in Iraq and North Africa. In some places they built on the basis of existing local jihadist networks, while elsewhere, such as in Iraq, the groups started from scratch. Bin Laden himself decided who was allowed to use the coveted name "al-Qaida" -- he wanted to avoid overly diluting the network's "brand."

But at the same time he opened the floodgates with his propaganda. He sent a clear signal that anyone who wanted to, could and should carry out an attack. Training by al-Qaida was no longer necessary, and personal initiative was encouraged. Simultaneously, al-Qaida pushed ahead with cooperation with other groups, which then acted as the long arm of the organization, for example in the Bali bombings in 2002.

Al-Qaida also used the Internet strategically. Formerly top-secret training plans were put online to make up for the loss of the Afghan training camps. Volunteer terrorist sympathizers were encouraged to set up and maintain web pages to ensure a steady flow of propaganda. In this way, al-Qaida succeeded in creating an online presence that could no longer be wiped out, and which led to successful and attempted attacks in the real world, as well as boosting recruitment and revenue streams. No other terrorist organization in history has exploited the Internet as early and comprehensively as al-Qaida did.

Al-Qaida Is Weakened but not Defeated

Today, after 10 years of the global fight against terrorism, al-Qaida has been weakened but is still dangerous. A decade is a long time to have survived for a terrorist organization, and its center of gravity has slowly started to shift recently. The Yemen-based affiliate group known as Al-Qaida in the Arabian Peninsula has become an actor with international ambitions, as can be seen in its attempted attacks on US airliners and cargo planes last year. At the same time, the CIA has stepped up its drone-based hunt for the leadership of the central al-Qaida group in the Afghan-Pakistani border area and has killed many fighters there. The consensus in the US intelligence community is that an al- Qaida attack in the US would more likely be hatched in Yemen than in Waziristan.

The pivotal question for al-Qaida is just who can fill the gap created by bin Laden? Aiman al-Zawahiri would appear to be the obvious choice, but bin Laden's deputy hasn't shown the same ability to inspire jihadists worldwide the way his charismatic boss could -- even though bin Laden's instructions can often be cryptic and grandiloquent. Al-Zawahiri just hasn't arrived at that level yet. He is respected, but he isn't very well liked. He's bad at giving speeches and he also lacks the sort of otherworldly composure that bin Laden exuded.

At the same time, in the midst of the hail of CIA drones, a new tier of leaders has emerged about whom the West knows very little, but who are considered to be extremely dangerous. Ilyas Kashmiri, for example, a Pakistani man who already participated in the 2009 terrorist attacks in Mumbai and had planned a 2010 attack on Denmark. It is also possible that Seif al-Adel, at one time a very important al-Qaida trainer, may have gone back to Waziristan after years of exile in Iran. Abu Jahja Al-Libi, a religious scholar from Libya, has significantly grown in stature. This tier and those who report directly to them are the real planners of the attacks that have been perpetrated in recent years. They are nefarious, ambitious and mercilessly radical. They won't give up.

Will Power Shift to Yemen?

It appears that bin Laden had at his disposal a unique array of qualities: He gave up his life as a millionaire heir for the jihad and, by doing so, gained the image of being an ascetic in a warrior's clothing. His involvement goes all the way back to the war against the Soviets in Afghanistan during the 1980s. He was no religious scholar, but he was a virtuoso when it came to Arabic rhetoric. He was the father of the 9/11 terrorist attacks. At the same time, he possessed enough authority to hold together the global al-Qaida network.

It is also just as certain that al-Qaida will continue to conduct its bombings even without bin Laden. There's an interesting precedent-setting case: When US troops in 2005 killed Abu Musab al-Zarqawi, the "Butcher of Baghdad," the founder of the branch of al-Qaida in Iraq, his comrades in arms quickly admitted his death, congratulating the dead for his martyrdom but otherwise declaring laconically that they were fighting on behalf of God and not a single man. Al-Qaida could respond similarly now. It is virtually certain that bin Laden will now be styled as a martyr and terror icon. It is also possible that the network will even push to carry out a symbolic revenge attack.

In the medium term, however, bin Laden's death will likely continue to weaken al-Qaida. Approval of the terror group has been declining for years now in Islamic societies -- and with its recent and numerous attacks on Muslim targets, it has definitely overstepped the mark. Bin Laden himself seemed to have little influence remaining outside of circles of dyed-in-the-wool jihadists. At no point in time had his network every come even close to being a mass movement.

As for the future, there is a strong chance that the center of gravity will shift even faster from al-Qaida headquarters in the Afghan-Pakistan border area to the branch in Yemen -- no other branch has as much room for maneuver combined a capacity to act. Thus, al-Qaida could still represent a threat for years to come.

But it is also very possible that, someday, people will be able to look back and say that bin Laden's death marked the beginning of the slow descent and fall of al-Qaida.