When seeking a productive working relationship with an undesired newcomer, it is best to have a plan. On Feb. 23 of this year John Tefft, the American ambassador in Kiev, was preparing a plan for the arrival of US National Security Advisor James Jones. On the occasion of the inauguration of the new Ukrainian President Viktor Yanukovych, Jones was to convey a generous offer of friendship: The administration of US President Barack Obama "looks forward to working with you across the full range of issues," Tefft's brief suggested Jones tell the new Ukrainian leader.

Jones, who had fought against Moscow's allies in the Vietnam War, was seeking to strike a diplomatic blow against the Kremlin, by making Yanukovych into a US partner.

The Ukrainian was to bring his nation closer to the West. Tefft, above all, wanted to see Ukraine's security and economic policies brought into line with Western ideas. Financially, the highly indebted country would have to tighten its belt. "Encourage Ukraine to work with the International Monetary Fund to cut government expenditures."

An analysis of leaked diplomatic dispatches shows how the US had long been trying to loosen Russia's grip on Ukraine. For years, however, they had been throwing their support behind Yanukovych's political rival, Ukrainian President Viktor Yushchenko. Now, though, Yanukovych was in power. And he was a well-known friend of the Russians. The US wished to prevent the nation of 45.8 million inhabitants from re-establishing close ties with its giant neighbor.

Staggering to the Election

In a run-off ballot for the presidential elections on Feb. 7, 2010, the populist Yanukovych had defeated his opponent Prime Minister Yulia Tymoshenko, the flamboyant icon of the Orange Revolution. Incumbent Yushchenko had already been knocked out of the running during the first ballot in January when he only attracted 5.4 percent of the votes.

Yushchenko, a former chairman of Ukraine's central bank, was first elected to the presidency during the 2004 Orange Revolution with 51.9 percent of the vote -- thanks in part to millions of dollars from the US.

But his plan to lead the country as quickly as possible into NATO lacked the support of a majority of Ukrainians. Furthermore, he made Russia his enemy. And the power struggle with Tymoshenko also weakened his position.

The parliamentary elections in 2006 saw Yushchenko's bloc win less than 14 percent of the votes. Two months before the ballot the US Embassy had heard from someone close to the president that his party organization "was in complete shambles" and "would stagger to the election."

After the Russia-Georgia war of 2008 the Bush administration tried to give their chosen ally Yushchenko fresh political impetus by demonstrating their support for him. In September of that year, Vice President Dick Cheney traveled to Ukraine.

'Reputation as a Visionary'

In a dossier prepared for Cheney, the US Embassy in Kiev praised the beleaguered Ukrainian leader. "President Yushchenko has a reputation as a visionary and is the one Ukrainian leader who has had a solid unwavering commitment to seeing Ukraine in NATO and the European Union," the dispatch reads.

After Barack Obama succeeded George W. Bush, however, the new leadership at the US State Department began to have doubts about the "visionary" Yushchenko. According to a memo from May 22, 2009, the new US Secretary of State Hillary Clinton was alarmed.

A member of the National Security Council had returned from Kiev and reported that his impression was "that the government lacked the political will to solve Ukraine's economic problems." Clinton noted that Ukraine's "political and economic instability was playing into Russian hands."

Ambassador Tefft knew, from private conversations with the Ukrainian ambassador to Moscow, Kostyantyn Hryshchenko, that the Kremlin did not have any favorites for the Ukrainian presidential elections in 2009/2010. According to a US dispatch, the former employee of the Soviet Foreign Ministry had said that "Putin likes Tymoshenko, but doesn't trust her; the Russians trust Yanukovych more, but they don't especially like him."

The US had its own doubts about Tymoshenko. They were confirmed after Ambassador Tefft received a Feb. 22 visit from retired Finance Minister Viktor Pynzenyk, a political ally of Tymoshenko's, who complained that Tymoshenko was a "destructive force." He said she "simply wanted to consolidate power in her own hands" and accused her of "wasting the opportunity for reform that came with the economic crisis."

The more apparent it became that Tymoshenko was going to lose, the closer Tefft tried to get to Yanukovych, a man formerly regarded as persona non grata by the US. At a friendly meeting with the US ambassador, Yanukovych -- a man the West had long considered to be a slave to Russia's interests -- made vague indications that he was open to US advances. "In a private discussion with Ambassador Tefft, Yanukovych held open the prospect of continued military cooperation with NATO and spoke of cooperation with Ukraine's military industrial sector," the diplomat reported on Jan. 29.

Tefft hoped that his informant Hryshchenko might become foreign minister under Yanukovych, which he did. That "would indicate a pragmatic approach that would seek to put relations with Russia on a positive footing without burning bridges to the West," he wrote.

The Americans had already written off their long-time favorite Yushchenko -- a man who then-US Secretary of State Madeleine Albright smiled widely at during a 2000 meeting as a grandmother would her favorite grandchild. In his classified dossier for National Security Advisor Jones, Ambassador Tefft only devoted one line to his political obituary: "He is widely blamed -- not least by many who voted for him in 2004 -- for his poor management, incessant quarrelling with Tymoshenko at the expense of national interests, needless antagonizing of Russia and his penchant for seeking declarations of membership from NATO and the EU." 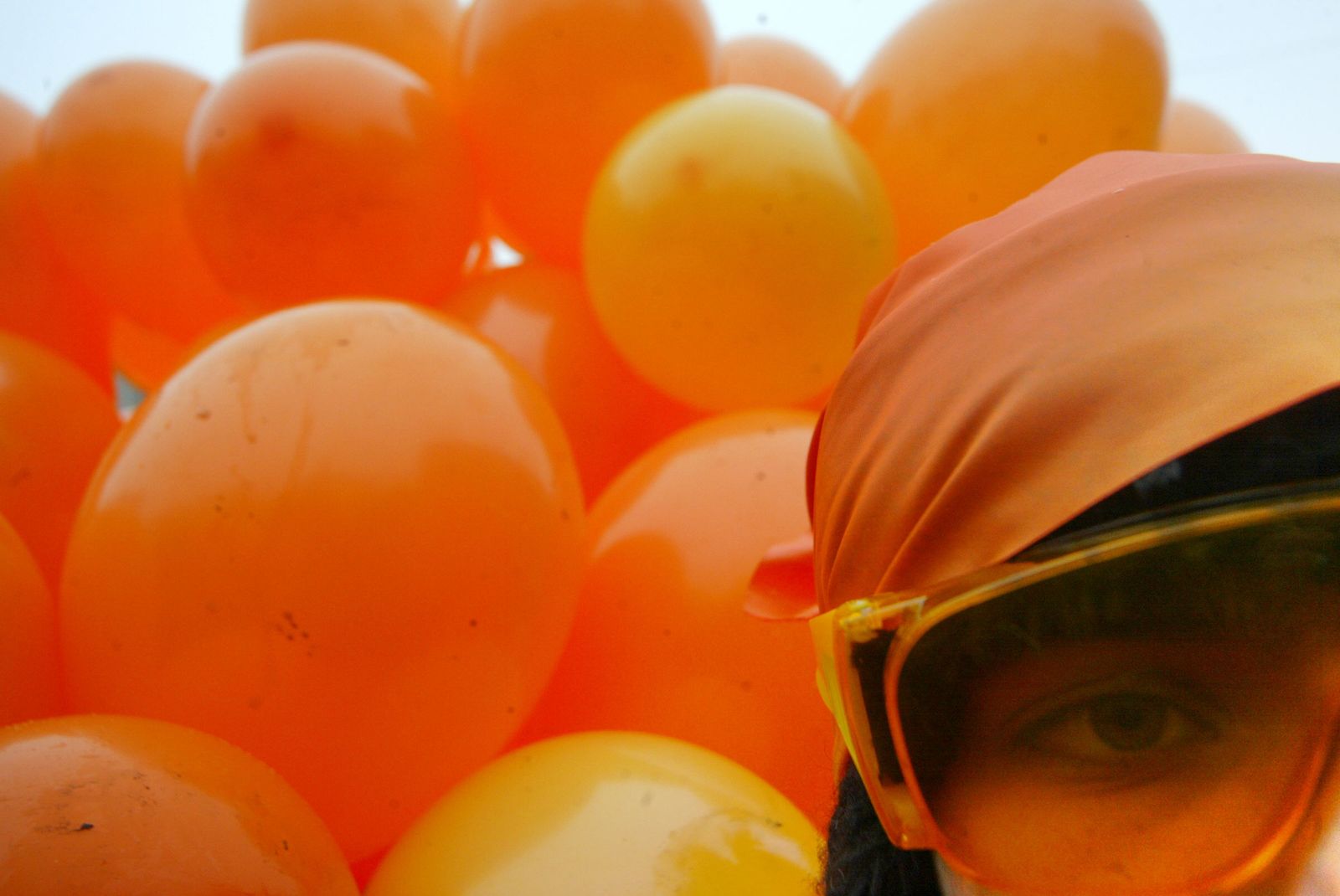 A supporter of Ukraine's Orange Revolution in December 2004. The man who rode the revolution to the presidency, Viktor Yushchenko, has since had to give way to his opponent.