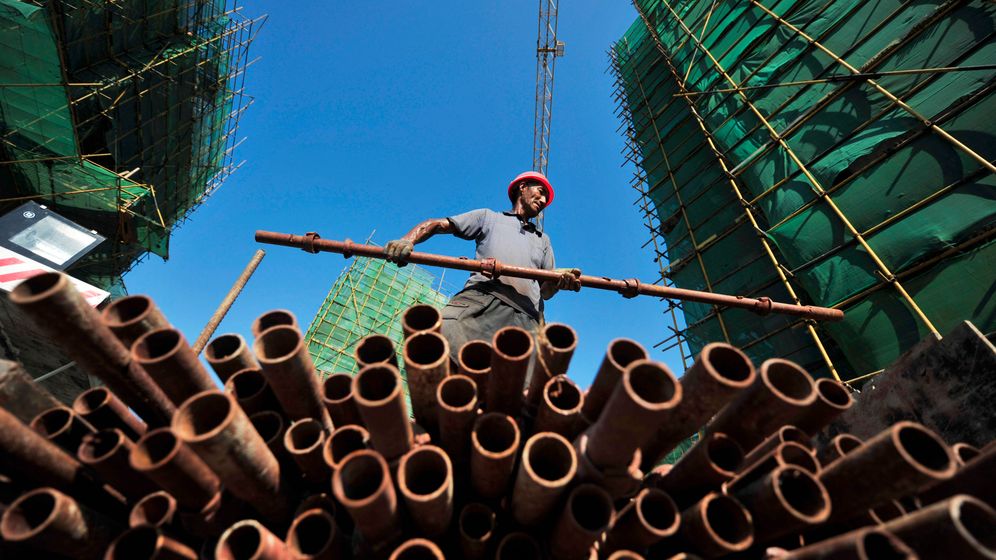 Jayati Ghosh, 58, is an economist specializing in globalization and international finance. She teaches at Jawaharlal Nehru University in New Delhi and acts as an advisor to the Indian government. She also recently co-authored a book titled "Economic Reform Now: A Global Manifesto to Rescue Our Sinking Economies."

SPIEGEL: Ms. Ghosh, when the global financial crisis broke out in 2008, the demise of the West seemed to be sealed. Now, however, China is suffering from a banking crisis, and in India the situation is even more dramatic. Economic growth has almost halved, and panicking investors are abandoning the rupee. Is the Asian Era over before it has even begun?

Ghosh: Our two countries have big problems, but the situation is completely different. China is fundamentally strong; it has a huge trade surplus. India, however, suffers from a huge current account deficit, which we are trying to partly fill with hot money, or speculative investment, from abroad. China first and foremost has to control its illegal shadow banks, but that is not at all comparable to the mess that we are now facing in India.

SPIEGEL: Overall, money inflows into emerging markets are beginning to slow, and investors are also reacting to the possibility raised by US Federal Reserve chief Ben Bernanke of an end to quantitative easing.

Ghosh: Certainly, countries like India and Brazil have a problem if suddenly less hot money flows in. But our government in particular cannot simply put the blame for the fall of the rupee on external factors like Bernanke. This can only explain to a small extent why the rupee is now one of the worst performing currencies among developing countries.

SPIEGEL: How threatening do you think the present rupee crisis is? Does the government have the situation under control?

Ghosh: Our government reacts with panic measures. For example, it desperately attempted to attract more capital into the country by easing rules for external commercial borrowing. This, however, only worsens the structural causes of the rupee crisis. Our much vaunted economic boom was essentially a debt-driven consumption spree, financed by short term capital inflows. Those who profited were mostly construction companies and the real estate sector. India's boom was also peculiar in that it did not generate any new jobs, but instead deepened the gap between rich and poor.

SPIEGEL: China also suffers from an inflated real estate sector, when its state-sponsored capitalist sytem artificially pumped up the economy after the Lehmann crisis of 2008. Is that now coming back to haunt China?

Ghosh: I am fundamentally in favor of a bigger role for the state in order to direct investments and control banks. However in China, as in the rest of Asia, a big real estate bubble was created. Instead, China should have strengthened domestic consumption in order to free itself from the dependence on exports.

SPIEGEL: Does this mean that the decoupling of Asia from the West -- which experts have been predicting for a long time -- is moving further into the future?

Ghosh: China won't be able to break away from the West for a long time. And since the rest of Asia depends on China -- it's the biggest trade partner for many -- they also cannot break away. To be sure, China strives for a leading global role. But for the time being, the weight of traditional industrialized nations is still too strong.

SPIEGEL: Indeed, parts of the West look surprisingly strong just now: Innovations like the iPhone are being created above all in the United States.

Ghosh: If I look at the 21st century I see a huge imbalance. The most important economic currents flow from South to North: the trade in ever-cheaper products which the emerging markets produce; the capital investments -- because these countries invest their surpluses in US bonds; the cheap labor which they export, and with which they help solve the problems of those aging societies. But why does the North still dominate? Because it still invests a lot of money into research and development, and it controls intellectual property.

SPIEGEL: India in particular is falling behind in the race to catch up to industrialization. Why is it so much more difficult for your country than for China to escape poverty?

Ghosh: We can't manage the simplest things, because our starting point was completely different. When China began its reform process at the end of the 1970s, almost everybody there already had enough to eat. There were roads in almost every village, and there was medical care. In China, society was by and large equal. In contrast, a third of Indians still don't have electricity. We fight against the legacy of a caste system which condones inequality and discrimination. India's elites put up with conditions which are extremely damaging.

SPIEGEL: So you wouldn't blame democracy for India's problems? In a democracy, you can't simply order progress to happen as you can in communist China.

Ghosh: The problem is the nature of our democracy, which developed on the basis of a strictly hierarchical society. We actually need more democracy. Only democracy can create the necessary social pressure to eliminate crass injustices.

SPIEGEL: Could India's chronic corruption problem then also be overcome?

Ghosh: Corruption is a question of development. The more developed a society is, the less it will tolerate corruption.

SPIEGEL: In contrast to China, India does not owe its economic miracle to industrial mass production. India started from above, as it were, with software companies that employ well-educated, English-speaking programmers. Now, however, many of those experts are becoming redundant because computers can do their work faster and cheaper. Does India need a new development model?

Ghosh: Many Indians believed we could become a service economy straight away and leapfrog industrialization. But that's ridiculous, it doesn't work. Even now, the IT sector only employs around 2.5 million people in our country -- compared to a working population of almost 500 million. We can't avoid the hard task of industrializing our country from the bottom up. Almost 60 percent of our population are younger than thirty; these people need jobs. We are sitting on a ticking time bomb.

SPIEGEL: Your government promises to open up the country further for big foreign corporations like Wal-Mart and Ikea. Is this really the way to create enough new jobs?

Ghosh: These measures only destroy jobs. Everybody knows that retail multinationals employ much fewer people per product and per turnover than the small shops that dominate in India. Instead, we have to invest in the basics, in infrastructure: A road to every village. Water, electricity and housing for everyone. Access to bank credit for everyone -- not just for rich entrepreneurs. We have to concentrate on things that create jobs. Then India's economy will grow on its own.

SPIEGEL: Ahead of the parliamentary election next year, nobody believes the government has the courage to reform. What happens if your country falls even further behind in the process of catching up?

Ghosh: Then we will face political and social chaos on a mass scale, and an increase in violence against women, as we are already seeing.

SPIEGEL: So the shockingly high number of rapes in India has economic causes?

Ghosh: Yes, and the degree of viciousness has gone up. Many unemployed young men see no future for themselves. They hang around on the streets, they see how others are enjoying their wealth, and that drives them mad. Then they go out and rape women, or vent their frustration at Muslims or members of lower castes. We will see much more of this kind of violence. It really scares me. 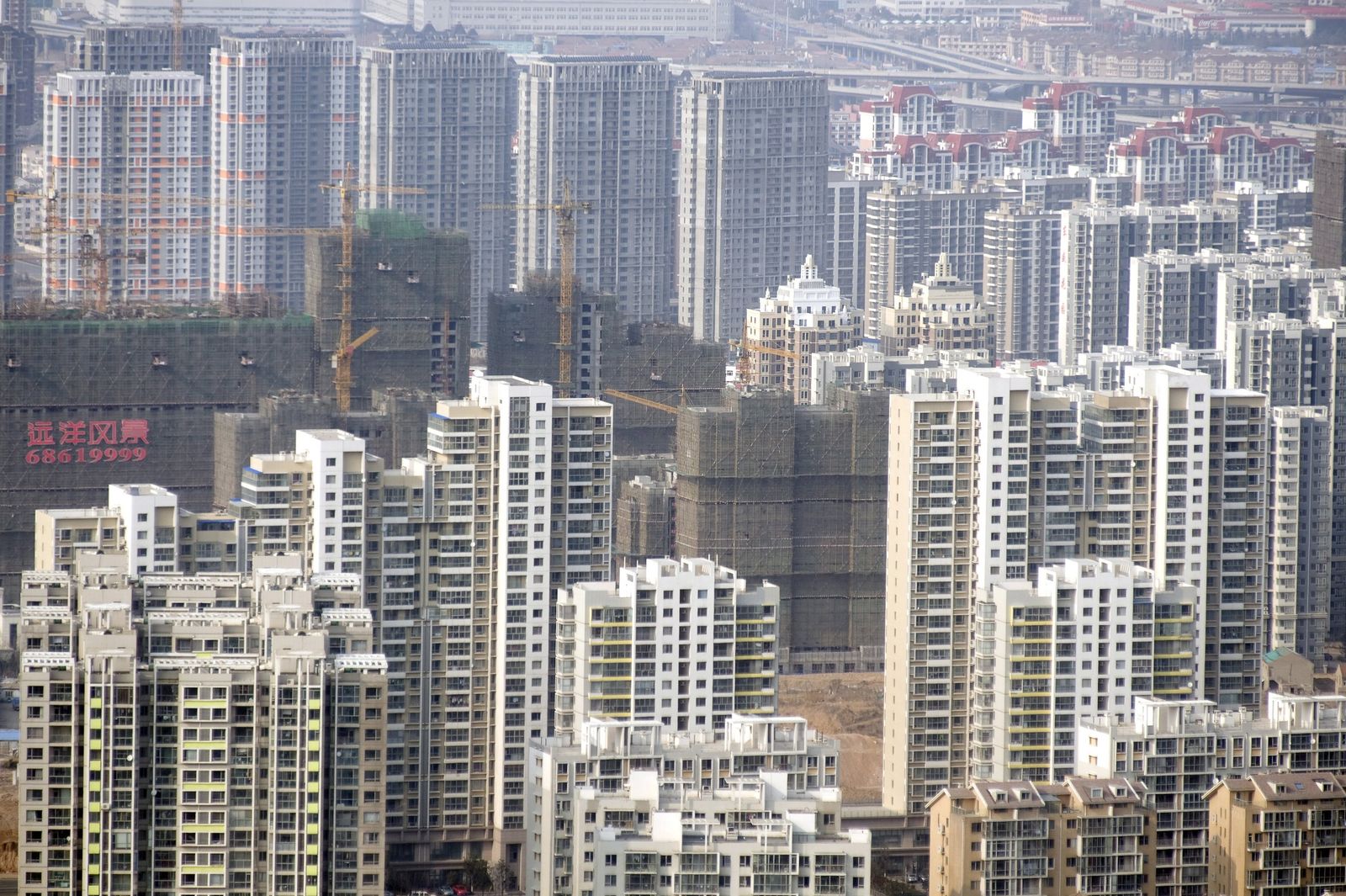 "When China began its reform process at the end of the 1970s, almost everybody there already had enough to eat," Ghosh says. "There were roads in almost every village, and there was medical care. In China, society was by and large equal. In contrast, a third of Indians still don't have electricity."