Despite United States President Barack Obama's stated vow to "degrade and destroy" the Islamic State, the US and its allies are conducting markedly fewer air raids than one might expect, as shown by an analysis of the first 113 days of the air war. The military claims one of the reasons for this is a much higher hit ratio than in previous wars. Of the more than 1,000 strikes conducted so far, officials described only two as having been unsuccessful. 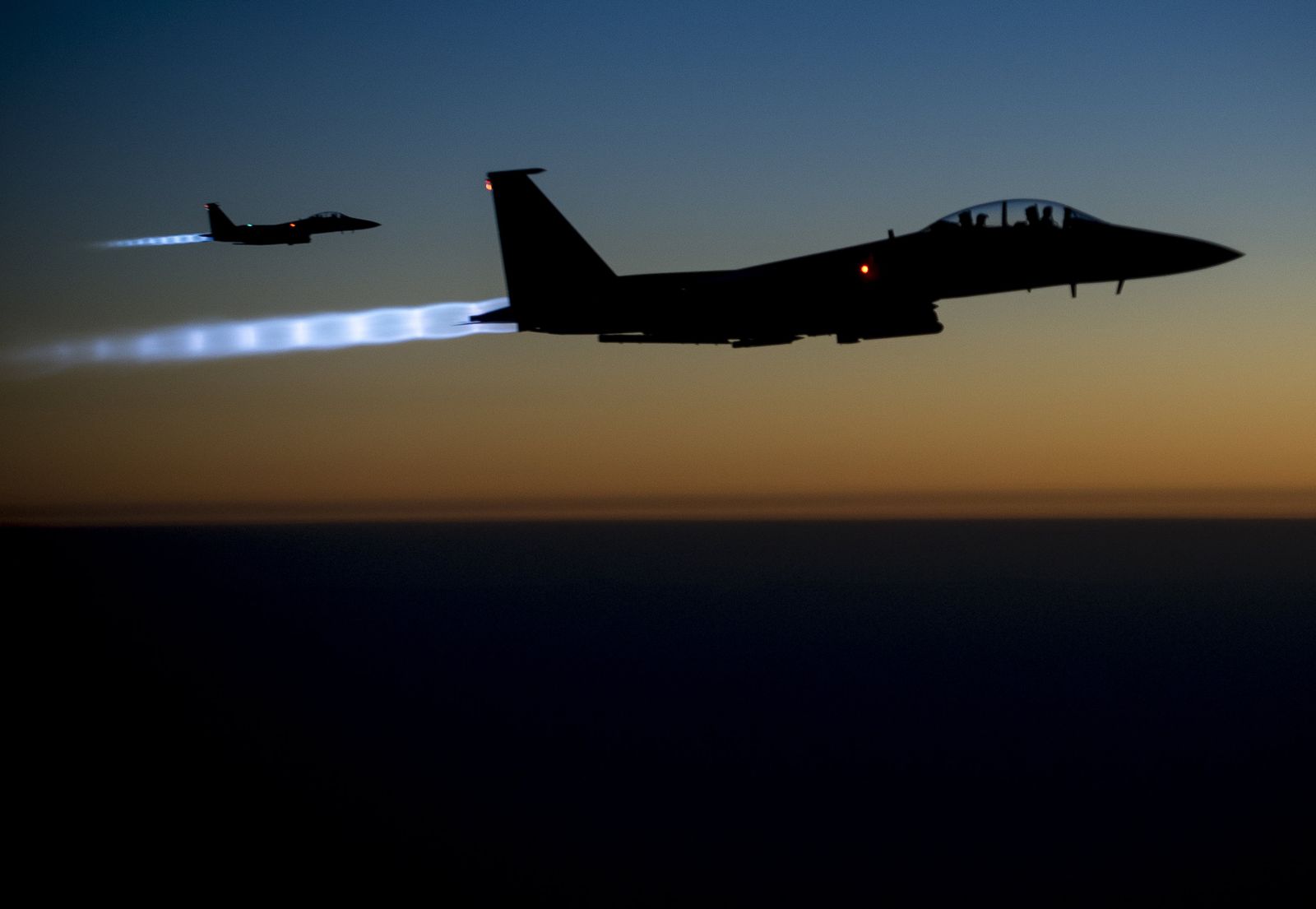 US fighter jets fly over northern Iraq after conducting air strikes in Syria.