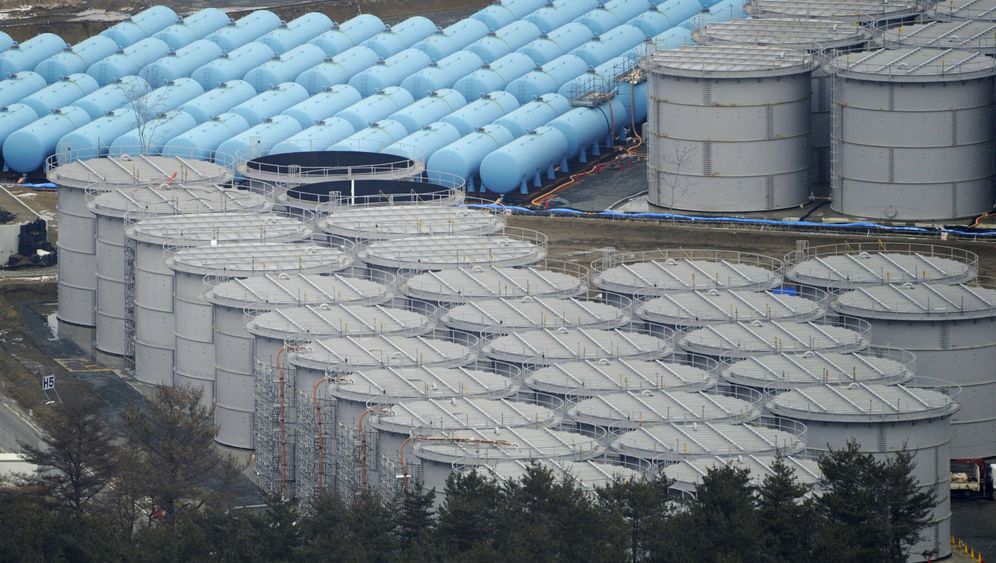 This week, the chief nuclear officers of around 100 American nuclear power plant reactors are taking a field trip. They are travelling to Japan and then taking a bus to Fukushima. There, dressed in protective suits, they will walk through the ruins left behind by the earthquake of the century, the tsunami of the century and the resulting triple nuclear reactor meltdown that occurred in March 2011.

"I can assure you when they get back from this trip, all of these chief nuclear officers will double their safety precautions," says Dale Klein, who has made the same trip and describes it as "very sobering." Klein, who was head of the United States Nuclear Regulatory Commission until 2009, now serves as chair of the Nuclear Reform Monitoring Committee, which advises Tokyo Electric Power Company (TEPCO), the company that once ran the Fukushima power plant and is now responsible for cleaning up the site. In the eyes of industry experts and the Japanese public alike, the company has proved one thing unequivocally -- that it is in far over its head in trying to handle the aftermath of the disaster.

Klein is generally a polite man, but he recently announced in public exactly what he thinks of the company that hired him. "You do not know what you're doing," Klein told company president Naomi Hirose in person. "You do not have a plan."

In accordance with Japanese custom, the company head, thus chastised, inclined his head and replied, "I apologize for not being able to live up to your expectations."

TEPCO has been stumbling "from crisis to crisis," Klein says. And with no improvement in sight, it had recently become clear that Japan would find itself, out of necessity, doing something that is generally considered very un-Japanese: asking for foreign help. Klein said there were signs that the government was planning on inviting experts from Europe and the US in to help. And on Tuesday, TEPCO took what might be a first step in this direction, announcing in a statement that it had hired Lake Barrett, the former head of the US Department of Energy's Office of Civilian Nuclear Waste Management to advise it on decommissioning the plant and dealing with contaminated water on the site. Barrett was also involved in clean-up efforts at the Three Mile Island plant, which suffered a partial meltdown in 1979.

Japan had thus far taken the view that it didn't need any help -- certainly not from abroad -- and that TEPCO would take care of things. This is despite the fact that the company is an energy provider, with little more experience in complex disaster management than a commensurate energy company in Germany would have.

Accordingly, the situation at Fukushima two and a half years after the nuclear meltdown can at best be described as tenuous. Rather than implementing a clearly thought-out disaster management plan, TEPCO's approach has been a haphazard patchwork.

Perhaps the most bizarre malfunction in recent months occurred when a rat got into a switchbox and caused a short circuit. This immediately caused the makeshift cooling system for all four spent fuel pools to fail. For almost 30 hours, temperatures rose in these pools, which hold over 8,800 spent fuel rods that TEPCO hopes eventually to be able to store safely. Charred remains were all that was left of the rat.

Every day, TEPCO pumps 400 tons of contaminated cooling water and groundwater out of the radioactive wreckage of Fukushima. This water is too heavily contaminated with cesium, strontium and tritium to be emptied into the ocean. Instead, TEPCO stores the liquid in numerous tanks, the largest of which are 12 meters (40 feet) across and 11 meters high, hastily riveted together rather than welded.

Satellite images show how these behemoths have proliferated at the Fukushima site, with a few dozen of them in mid-2011, then several hundred by mid-2012. Currently, there are over 1,000 such tanks, with plans for over 2,000 of them by 2015. TEPCO is veritably drowning in contaminated water.

When one of these makeshift containers recently sprang a leak, it apparently took weeks before the company's two-person foot-patrol passed by and noticed it, by which time 300 tons of highly contaminated water had seeped out of the tank. This event ranks as a level three "serious incident" on the International Nuclear and Radiological Event Scale (INES). In comparison, the catastrophe at Chernobyl and the 2011 Fukushima triple meltdown are both classified at the maximum level, seven.

There's little question that more of these tanks will develop leaks, with a number of them approaching their expiration dates and only some of the tanks outfitted with sensors to provide early warning of leakage. "These are the wrong containers in the wrong place, made of the wrong material and built in the wrong way," declares nuclear expert Mycle Schneider, one of the lead authors of the World Nuclear Industry Status Report.

Malfunctions, bungling and cluelessness seem to be ongoing themes at Fukushima. Sometimes it's a radioactive cloud of steam rising from the ruined reactors; another time it's a leak plugged with nothing more than a bit of tape. Then there is the radioactive water -- it's difficult to gauge just how much -- that has already entered the groundwater and flowed into the ocean, something TEPCO until recently insistently denied. TEPCO president Hirose has now also apologized for the radiation that has affected fish off the coast near Fukushima.

"The day-to-day catastrophes are so serious that TEPCO never gets a chance to turn its attention to its actual plan," says Michael Maqua at the Society for Plant and Reactor Safety (GRS), in Cologne, Germany. He too is appalled by TEPCO's handling of the situation. "If this were a school and I were in charge of giving them a grade, they would be in danger of failing," he says.

Now, the Japanese government is providing funding for a number of more creative measures meant to turn things around at Fukushima. One plan involves a steel barrier erected between the plant and the ocean to stop radioactive water from flowing into the sea.

'We Can't Assume it will Work'

TEPCO also plans, by 2015, to freeze the ground around the entire reactor complex, creating a subterranean ring of permafrost with a circumference of 1.4 kilometers (0.9 miles) to prevent groundwater near the surface from seeping into the ruined complex and becoming contaminated, as it currently does. This technology has been used in mining, but has never been applied on this scale or as a long-term measure meant to last for years. "We can't assume that it will work," Maqua says. Another German engineer working in the industry criticizes the plan, saying that this sort of permafrost ring will fail to work as a barrier to water if it is not also sealed from below.

As for the contents of the 1,000 radioactive storage tanks, there is only one long-term solution -- the contaminated water must be cleaned, and then emptied into the ocean. It is possible to a large extent to filter out the cesium and strontium. The tritium, although somewhat less of a concern, can't be filtered out. Little by little, the Japanese public is being prepared for the coming release of this water -- much to the horror of fishermen.

TEPCO recently completed a large filtration facility, but even that did little to increase confidence in the company's crisis management abilities -- hardly had the facility gone into operation before it was off-line again, having begun to rust and spring leaks.

Nuclear Reform Monitoring Committee chair Dale Klein will travel to Japan again this week to meet with TEPCO's managers, who have not rejected Klein's help, despite his previous harsh comments. But it's unlikely they will be particularly happy with what Klein has to say to them this time either -- he says Japan should form a new company to apply knowledge from international experts to the cleanup efforts. TEPCO, he believes, is simply not capable of handling the extremely difficult water issue, a problem that, he says, they will be dealing with "for the next decade." 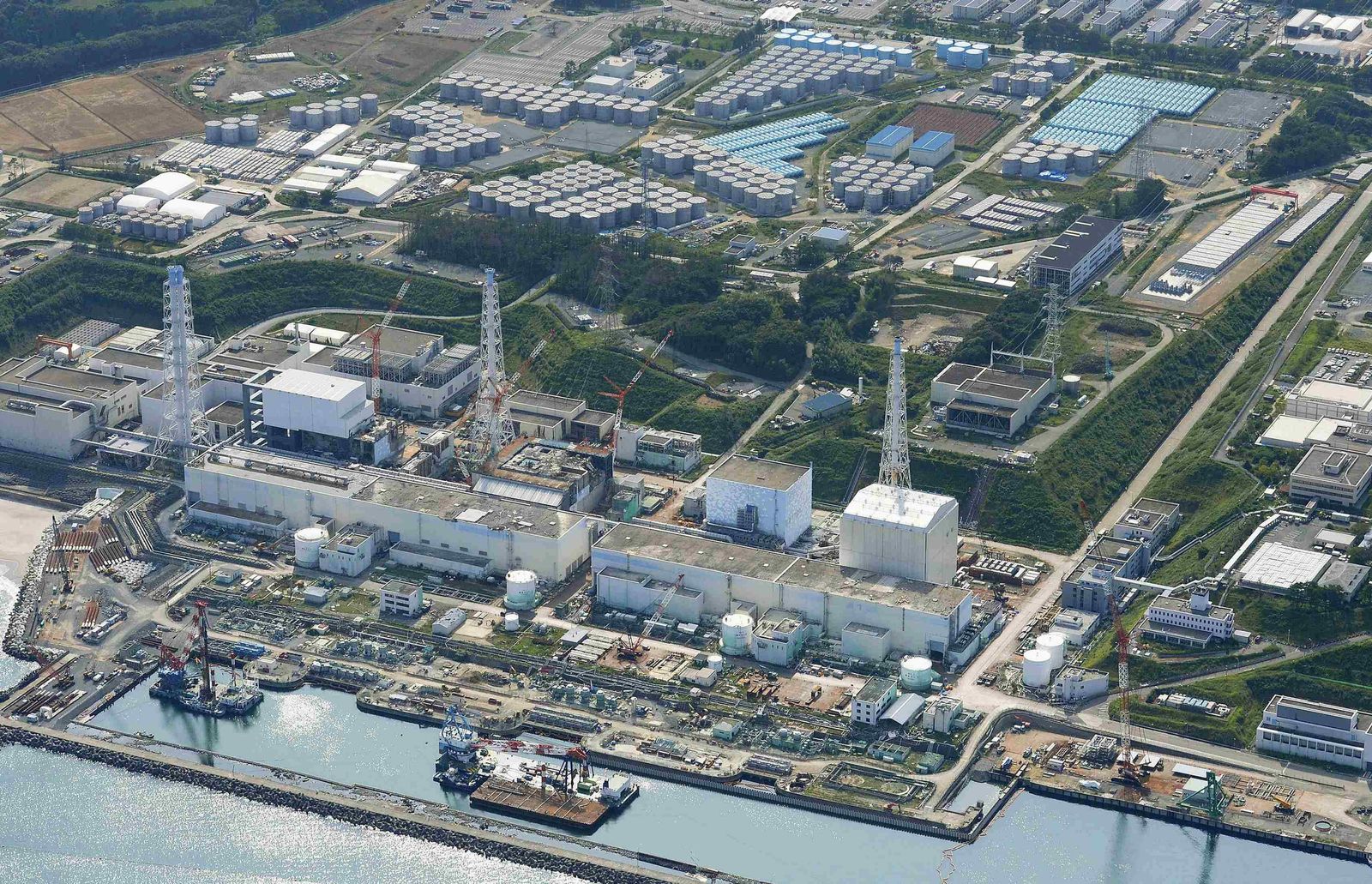 An aerial view of Fukushima. One US expert believes Japan must change tack and accept international assistance.