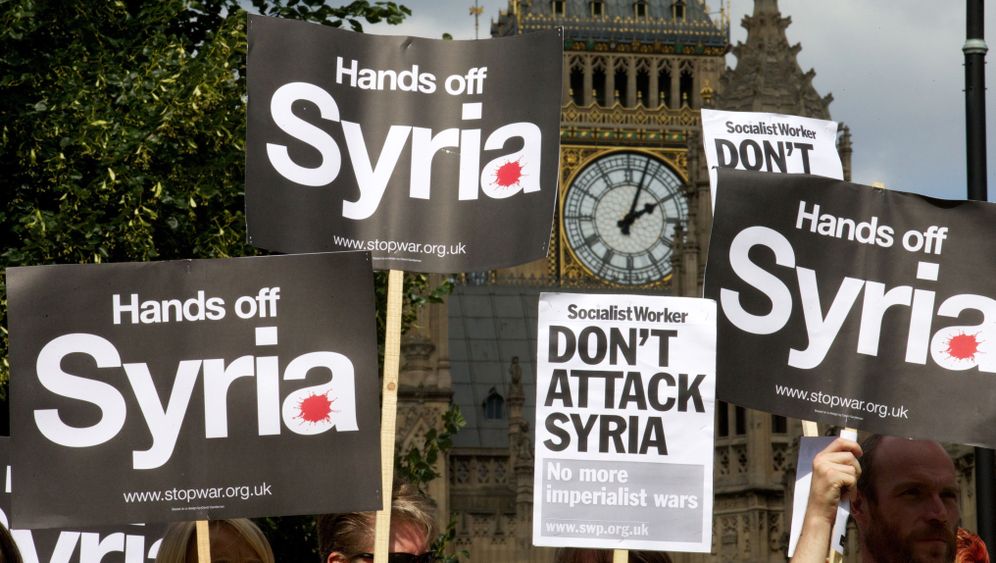 Earlier this week, it looked as though a military strike against Syria was imminent in response to the country's alleged use of chemical weapons against its own people. On Thursday, however, vacillation and caution has become the dominant tone in Western capitals in the global debate over an appropriate response to the apparent poison gas attacks that killed hundreds of civilians last Wednesday.

German Chancellor Angela Merkel on Thursday spoke to both French President François Hollande and his Russian counterpart Vladimir Putin by telephone to discuss the situation in Syria. Statements from her office regarding those two calls, however, did more to shed light on the difficult challenges Syria presents Merkel ahead of German general elections in four weeks than they did on the position Berlin might ultimately take.

According to one statement, Merkel and Hollande agreed that there must be a reaction to the gas attack. "They hope for a quick end to the United Nations' investigative mission and an immediate report to the UN Security Council so that it can fulfill its responsibility with regards to this monstrous crime," it said.

The other statement, concerning her call with Putin, read: "The chancellor called on the Russian president to use negotiations in the UN Security Council for a quick, unanimous international reaction."

Late on Thursday, the White House also said that President Barack Obama had spoken with Merkel about the matter, but did not reveal further details.

German Foreign Minister Guido Westerwelle likewise spoke with his Chinese counterpart on Thursday, saying that the Security Council must come up with a unanimous response should the use of chemical weapons be proven.

But if a Security Council resolution on Syria were passed unanimously, however, it increasingly looks as though it would be a weak one. Russia has made clear in no uncertain terms that it opposes military action against Syria and autocrat Bashar Assad. China too has indicated it will not agree to authorize military action. Indeed, media reports indicate that the British draft resolution calling for intervention introduced on Wednesday won't even be voted on in the UN body.

French President Hollande is looking increasingly isolated in his readiness for action. On Thursday he said that "everything must be done to reach a political solution," but said that such a solution in Syria was contingent on a strong opposition force in the country and that "we will only achieve this if the international community is capable of bringing a stop to this escalation of violence, of which the chemical massacre is just one illustration." His defense minister, Jean-Yves Le Drian, made it clear that the French armed forces are ready for action should Hollande order an attack.

Elsewhere, though, the West appears to be getting cold feet. In particular, British Prime Minister David Cameron has had to back down from his pro-intervention rhetoric from earlier this week. With parliamentarians from his own party joining Labour in requesting more evidence that the Assad regime was indeed behind the gas attacks in several villages just east of Damascus on Aug. 21, Cameron has put the brakes on his rush to arms.

On Thursday, he faces what promises to be a lively debate in the House of Commons over the appropriate next step. That session is to culminate in a vote that would in principle authorize military action, but any attack would have to be put to a second vote. Cameron, of course, does not need parliamentary approval to take action, but memories of Iraq -- when British forces followed the Americans into what became an almost decade-long quagmire -- are still alive and well in Britain. Furthermore, a recent poll suggested that just 22 percent of Britons support a military strike on Syria, while 51 percent are opposed.

Cameron's government on Thursday published an assessment by the Joint Intelligence Committee which concluded that it was "highly likely" that the Assad regime was behind the use of chemical weapons and also laid out the legal case for action absent a Security Council resolution. But in comments to parliament on Thursday afternoon, he struck a different tone. "It would be unthinkable to proceed if there was overwhelming opposition in the UN Security Council," he said. Syria has repeatedly denied that it was behind the gas attacks.

The waffling in London means that Washington too has slowed down its preparations. US President Barack Obama has likewise been clear about his belief that the Syrian government is behind the attacks, but also said that he had not made up his mind about which of the options presented to him by US military leaders he might pursue. "If we are saying in a clear and decisive but very limited way, we send a shot across the bow saying 'stop doing this,' this can have a positive impact on our national security over the long term," he said in a Wednesday interview with the broadcaster PBS. Still, Washington has little desire to go it alone and will likely sit out the debate in London before moving forward.

In the mean time, governments in Europe and elsewhere have said that no final decision on a possible strike will be made until the UN completes its on-the-ground investigation at the site of the alleged attacks. The inspectors are planning to leave Syria on Saturday. 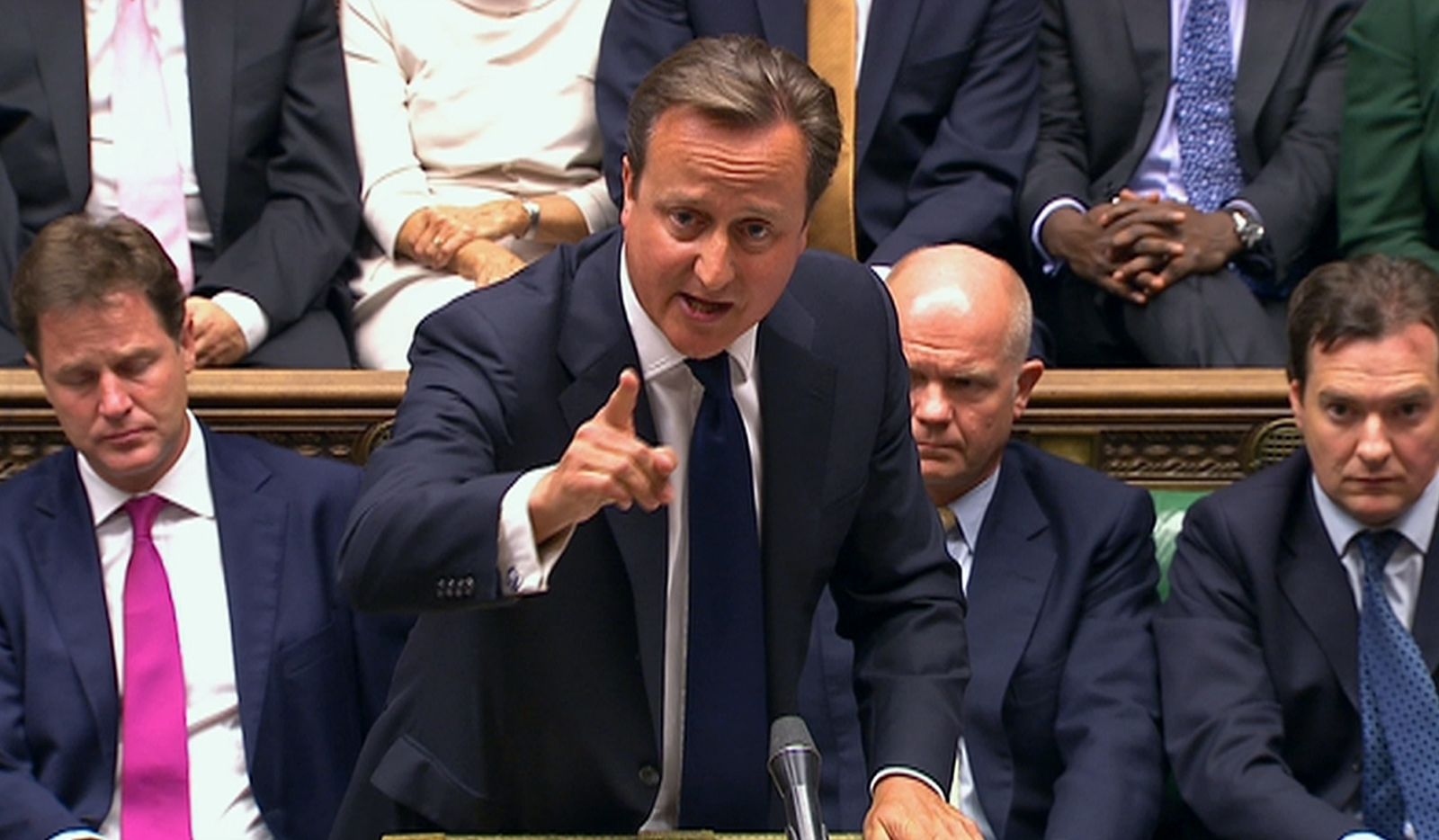 British Prime Minister David Cameron presented an intelligence assessment on Thursday that said Syrian autocrat Bashar Assad was behind last week's chemical weapons attack, which killed hundreds of civilians. But he also said that action was "unthinkable" in the face of significant UN Security Council opposition.