SPIEGEL: Your warrior princess, Latifa, has a heavy sword, sexy clothing. How does that correspond to the religious self-image of Saudi Arabian women?

Al Saud: Latifa takes back the power. She wears the ghutrah, the head covering of Saudi Arabian men, her sword has masculine energy. I myself was raised by strong women -- that inspired me.

SPIEGEL: What story do you want to tell?

Al Saud: Latifa lives in the future, after a war. She was raised in a city in which women drive cars. Her world is black and white, until she slowly discovers the contradictions.

SPIEGEL: Don't you fear the wrath of the religious establishment?

Al Saud: I represent the younger people. Latifa represents them. To critics I would say: Show me your interpretation of the Arab world that you live in. It is time for this discourse.

SPIEGEL: Is that what you wanted to start when you helped launch Facebook in Arabic?

Al Saud: I wanted this medium to become usable for the majority that doesn't have any access to education or the English language.

SPIEGEL: How did it influence the Arab Spring?

Al Saud: The Egyptians were a protester nation -- they acted as catalysts. But young Tunisians and Syrians also used Facebook.

SPIEGEL: Saudi Arabia is undergoing an upheaval. What will the situation there be in five years?

Al Saud: The youth will become visible. Because the rulers in the royal family stand behind us. We can actively contribute to developments in art, the economy, medicine. But it only works if we do it together. The pious need to be taken along into this new era. 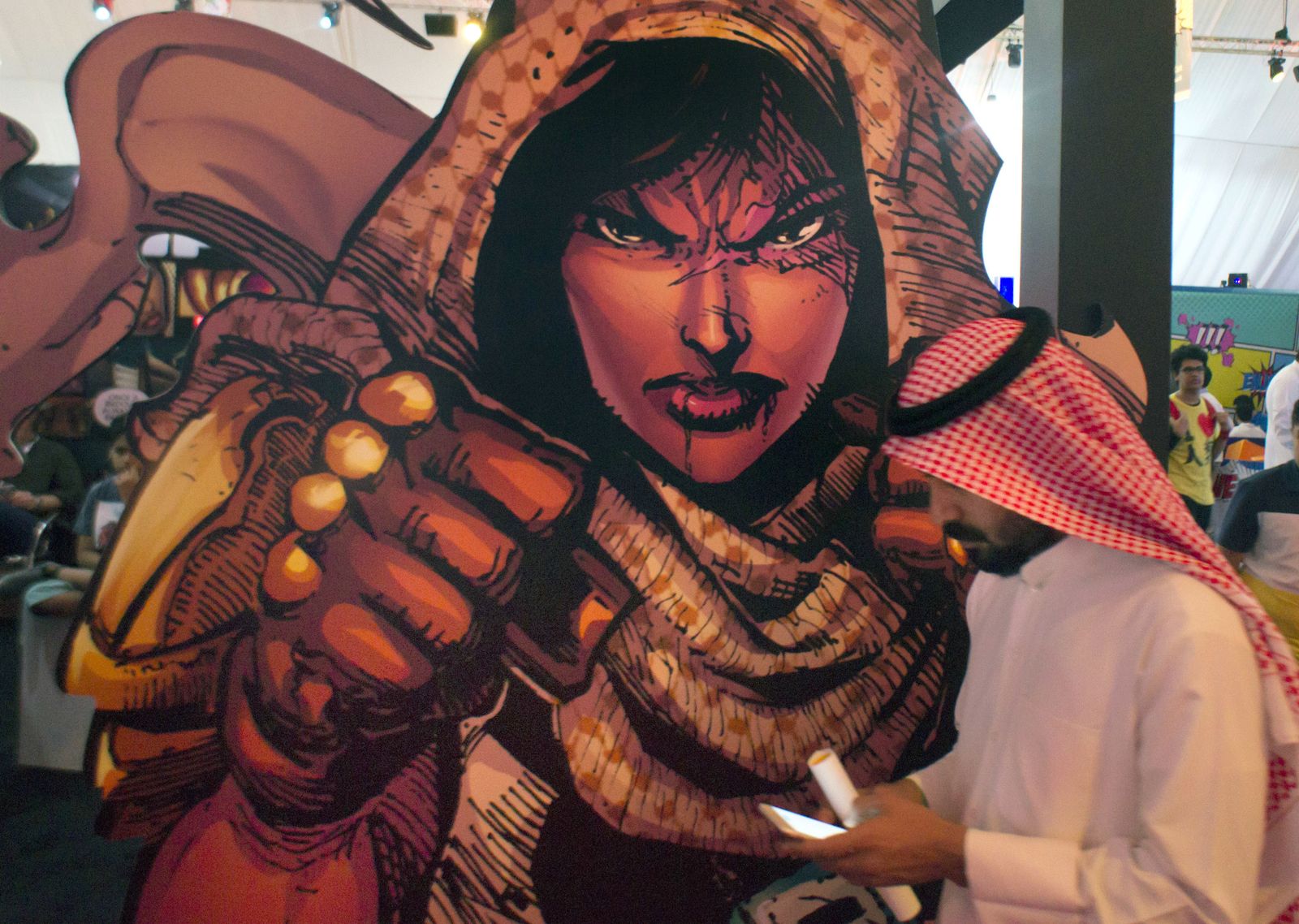 A banner showing Latifa during the Saudi Comic-con