The news that a passenger plane had possibly been shot down over eastern Ukraine on Thursday reached German Foreign Minister Frank-Walter Steinmeier as he was on his way to Mexico. "The circumstances and cause of the crash must be cleared up as quickly as possible," Steinmeier said in a subsequent interview with SPIEGEL ONLINE.

The Ukraine crisis, the Middle East conflict, US espionage: Several significant issues have cropped up in recent months. And this month, the senior-most US secret service representative in Germany was forced to leave the country after alleged cases of American espionage in the Bundesnachrichtendienst (BND), Germany's foreign intelligence agency, and the German Defense Ministry were uncovered.

SPIEGEL ONLINE: Mr. Steinmeier, a Malaysian Airlines passenger jet was presumably shot down over eastern Ukraine on Thursday. Could the situation there spin completely out of control?

Steinmeier: It is appalling that hundreds of people who were completely uninvolved lost their lives in such a horrible way. Rescue and security personnel must immediately be granted access to the crash site. The circumstances and cause of the crash must be cleared up as quickly as possible, and an independent international investigation should be created to do so.

SPIEGEL ONLINE: The fighting in Ukraine has continued without abatement. Do you still believe that a peaceful solution is possible?

Steinmeier: In the last two weeks, I haven't taken my eye off the Ukraine crisis for a single second. The foreign ministers of Russia, Ukraine, France and Germany reached agreement on the path to a ceasefire at the beginning of July in Berlin. Unfortunately, we still aren't there. Currently, there is a dispute about the site of a meeting between the contact group and the separatists. We will continue to stay true to our course: Clear statements to the conflict parties combined, as necessary, with pressure and also a mindful of maintaining negotiation possibilities. To reach a solution, there is no way around a ceasefire. I will continue working towards an end to the violence. Only then can the path be cleared for the political solution that we need.

SPIEGEL ONLINE: Has the danger of a Russian intervention passed?

Steinmeier: A further escalation is not out of the question, the situation continues to be extremely dangerous. The fighting in Donbass has continued with unmitigated severity. People are dying every day.

SPIEGEL ONLINE: In the Ukraine crisis, you took on a leading role among European foreign ministers, but in the current Middle East conflict between Hamas and Israel, you have stayed in the background. Why?

Steinmeier: I just returned from a trip to the Middle East, so there has been no restraint. But I am an advocate of realism. In the Middle East, Europeans cannot act as though we can replace the US. We can make a contribution to discussion with people there about the necessary conditions for a ceasefire and, hopefully, a return at some point to negotiations over a two-state solution. But the US and the Arab neighbors remain central actors in all peace efforts. We will support them according to our possibilities. Even if the first efforts toward a ceasefire have not yet been successful, the focus is still on breaking through the military logic.

SPIEGEL ONLINE: What does that mean?

Steinmeier: Three wars in five years show that the status quo in the Gaza Strip is not tenable. I am convinced that a lasting solution requires two elements. The Gaza Strip cannot remain a massive weapons depot for Hamas and other groups. But the people in Gaza need the opportunity for improved living conditions. To do that, the Palestinian Authority under the leadership of President Mahmoud Abbas must be strengthened. Israel must play a role here too.

SPIEGEL ONLINE: Let's move to another issue, the US espionage affair. As former Chancellery chief of staff under Gerhard Schröder, you were the one responsible for German intelligence agencies. How surprised were you to learn that the US recruits spies in Germany to monitor the government?

SPIEGEL ONLINE: The German government demanded that the senior-most US intelligence representative in Germany leave the country. That is a strong response. Are you expecting countermeasures from Washington?

Steinmeier: The political message sent by that step has been received. You could also read and hear that in the US media. In the final analysis, we now have to focus on improving the relationship and combatting the erosion of trust. Lost trust cannot be reestablished overnight, nor can it simply be decreed. We are not quarreling about the necessity of intelligence agencies as such: In a world with new dangers and growing risks, we need them for our security. But there are differences between us when it comes to the orientation and reach of intelligence activities. A change in attitude is necessary.

SPIEGEL ONLINE: Will there be new revelations of additional US agents in Germany?

Steinmeier: I don't know. I don't have any information about that.

SPIEGEL ONLINE: Fellow cabinet members Interior Minister Thomas de Maizière and Finance Minister Wolfgang Schäuble, both from Chancellor Angela Merkel's Christian Democrats, have sought to play down the discovery of two suspected spies in the BND and the Defense Ministry, portraying them as insignificant. Is that the correct way of handling the affair?

Steinmeier: No one is trying to play it down. But I do find the political rationale behind the Americans' actions to be totally incomprehensible -- the potential insights an intelligence source like that might be able to provide are incommensurate to the risk of angering friends in the event they are uncovered. We speak constantly with the Americans and we have the closest of contacts and relations at all levels. I certainly call (Secretary of State) John Kerry several times each month; we see each other regularly, most recently on Sunday in Vienna. We speak openly and honestly with each other.

SPIEGEL ONLINE: But there must be a reason when friends spy on friends like this. What motivated the Americans to do such a thing?

Steinmeier: That's a question you'll have to ask those responsible in Washington. It is difficult for us to judge whether there is a real motive behind this policy. I am not even sure whether the collection of information is even part of any broader-based strategy or whether the intelligence activities just went unchecked and became the norm. I think the latter is very possible. Either way, damage to the bilateral relationship has been done.

German Foreign Minister Frank-Walter Steinmeier: "It is appalling that hundreds of people who were completely uninvolved lost their lives in such a horrible way."

SPIEGEL ONLINE: While in Vienna recently, you discussed the spying scandal with Secretary of State Kerry. How did he react?

Steinmeier: The American secretary of state knows there are strains in our relationship. He also feels that an explanation for the intelligence activities is urgently needed. As is the case with me, John Kerry is not responsible for the intelligence agencies and their activities. At the same time, we have to be committed to trans-Atlantic relations. That's why I share the criticism of US intelligence activities in Germany, but also warn against considering our close relationship with America to be replaceable. A look at Ukraine, the Middle East, Iraq, Syria and Afghanistan shows that we need each other. Many conflicts can only be addressed through close trans-Atlantic cooperation. At the same time, this must be conducted with mutual respect and trust.

Steinmeier: For a start, the US has been asked to help provide a full clarification of the latest incidents. But in order to create a new foundation for German-American relations, even more needs to happen.

Steinmeier: I believe it is absolutely imperative that the domestic debate in America about the work and necessity of spying activities not be dominated by the agencies alone. The agencies have their own internal views, but the foreign policy implications of their actions are of secondary importance to them. Politicians have to set boundaries for intelligence activities. I also spoke to John Kerry about this.

SPIEGEL ONLINE: Will there be a no-spying agreement?

Steinmeier: It won't accomplish anything if we continually focus on this issue. The real issue is of considerably greater importance -- that of finding the balance between freedom and security, one that is defined differently in the USA, also because of 9/11, than it is in a country that has not been subjected to similar disasters. Despite the different experiences, we still have to ask ourselves the question of how, in the digital age of the 21st century, we can ensure the "Right to Privacy" from increased snooping on the part of governments and the private sector. That is the subject of the trans-Atlantic Cyber Dialogue that we began a few weeks ago in Berlin and must continue to carry out with patience and tenacity. 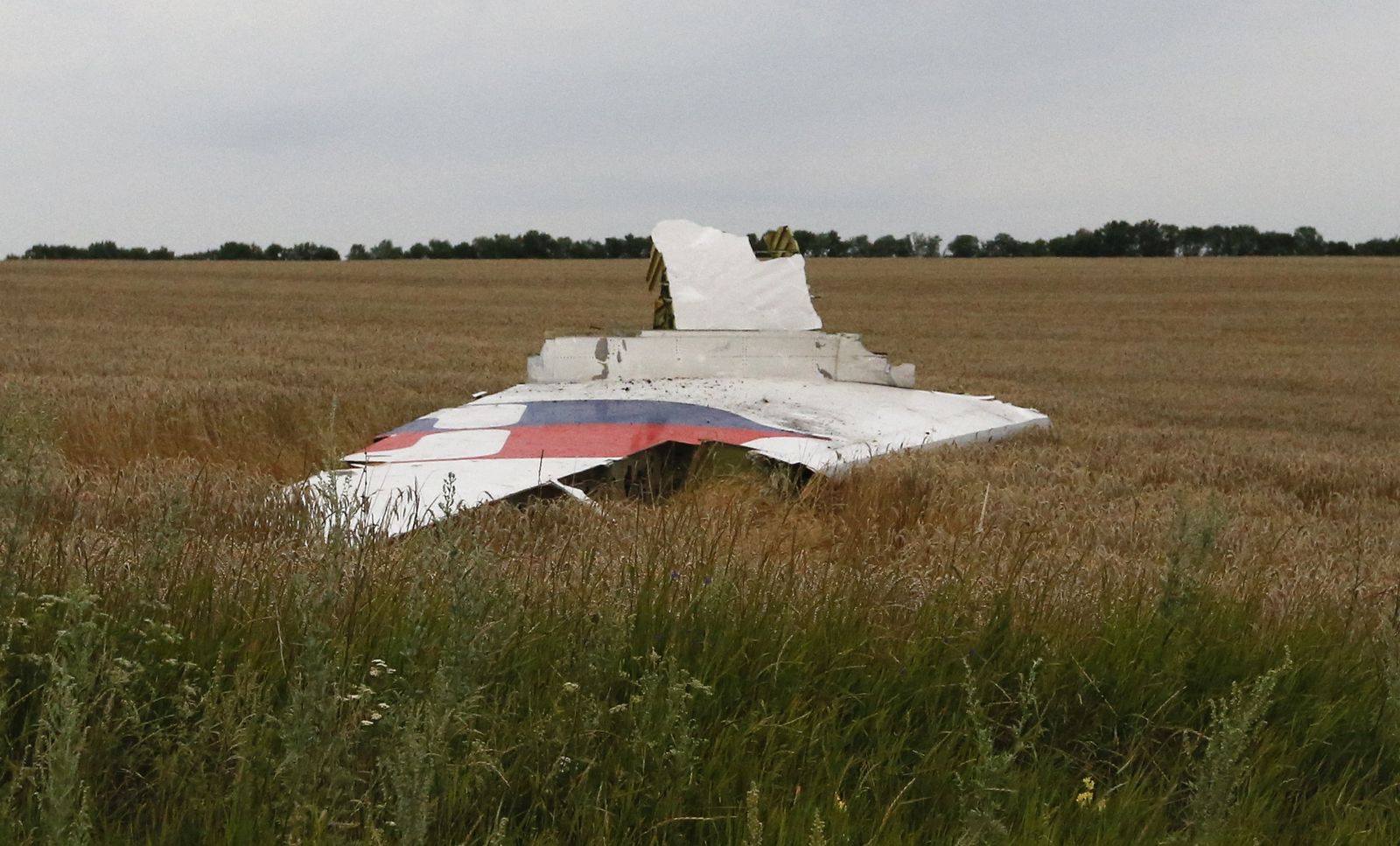 Wreckage from Malaysia Airlines Flight MH-17 is seen at the crash site near the settlement of Grabovo in Ukraine's Donestk region. 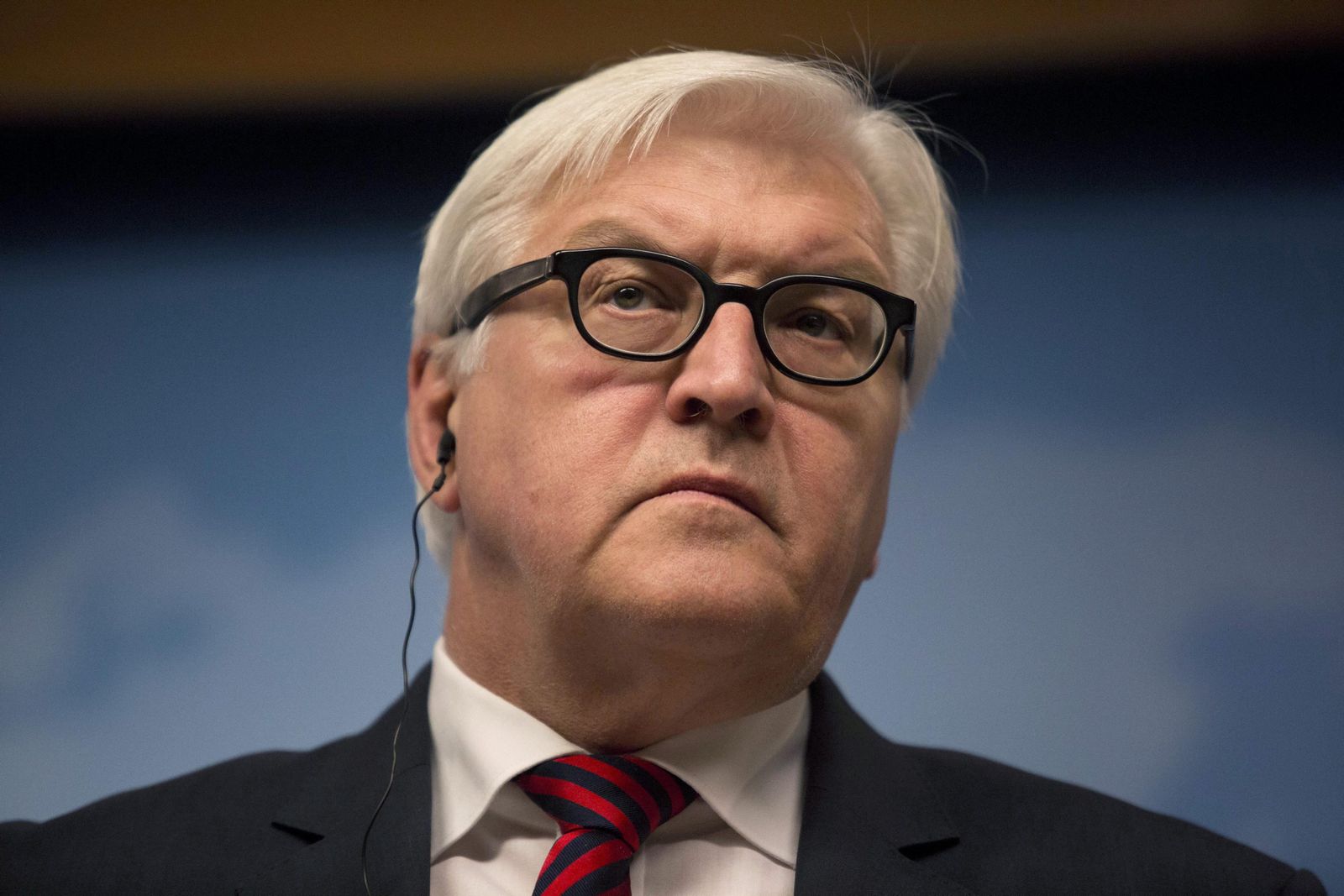 German Foreign Minister Frank-Walter Steinmeier: "It is appalling that hundreds of people who were completely uninvolved lost their lives in such a horrible way."