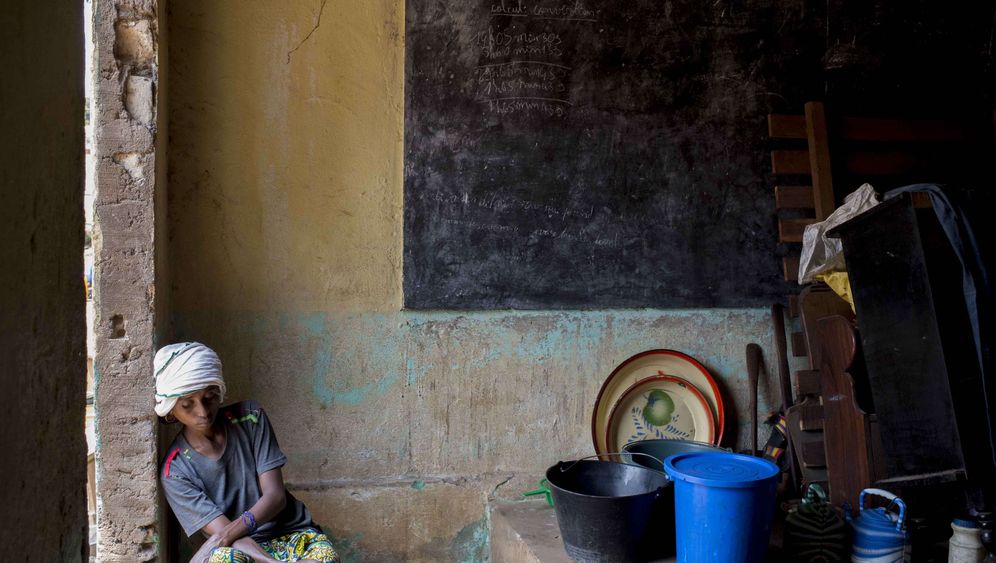 SPIEGEL: Violence in your country is escalating: Christians are attacking Muslims, well over a thousand people have died so far and human rights organizations are talking of genocide. Is the international community partly responsible, because it has failed to augment the French and African troop presence?

Catherine Samba-Panza: The international community is playing a cautious role. They can't be everywhere, they don't have enough troops for that. The deployment of 1,600 French troops and the African Union's 5,000-strong force deserves recognition -- one certainly cannot speak of complicity.

SPIEGEL: You yourself are a Christian. Is there a risk that the country's entire Muslim population will be killed or driven out? Is it already too late to stop this from happening?

Samba-Panza: No, there is still hope. It's not as though there is violence against Muslims across the whole of the Central African Republic. In many areas, priests and imams are trying to calm the public down, and without this ecumenical effort, the situation would be much worse.

SPIEGEL: You are appealing to the international community for more peacekeeping troops. Do you also expect Germany to play a role?

Samba-Panza: Brussels has already promised that the EU will deploy troops and provide financial and humanitarian aid. Germany is significantly involved and without its support, this pledge would never have been made.

SPIEGEL: Why exactly should the EU help your country? Many peace missions in Africa have failed.

Samba-Panza: Aid is essentially a question of solidarity. EU countries are also members of the United Nations, so they have an obligation to come to the assistance of other members in need.

SPIEGEL: Until recently, the Central African Republic was not known for religious conflict. Now it appears to be on the frontline of the clash of cultures. Why has it come to this?

Samba-Panza: Christians and Muslims have always co-existed here peacefully. The current conflict did not start out as a religious battle. It began with a political rebellion against the central government staged by the rebel militia Séléka. This group is made up mainly of Muslims who come primarily from Sudan and Chad. In order to defend their villages, Christians then formed their own militia, the anti-balaka. Both sides included bandits among their ranks. It is primarily these criminal elements that have perpetrated the violence.

SPIEGEL: And who is behind the militias?

Samba-Panza: People pursuing a political agenda, such as François Bozizé, the former president who was ousted a year ago. They sow the seeds of chaos so they can try to return to power.

SPIEGEL: Could the parts of the Central African Republic that are under Muslim control become breeding grounds for fundamentalists?

Samba-Panza: This is a risk that affects the international community just as much as the Central African Republic. We must be vigilant and prevent it from happening. I will not allow this country to become divided.

SPIEGEL: What can you do to stop it? You are not even in control of your army, which itself commits atrocities.

Samba-Panza: I have been in office for four weeks and can't solve all of our problems in a month. But I am the head of state and I will assert myself.

SPIEGEL: You are only the third female president of an African country. Did you think this is to your advantage?

Samba-Panza: It marks a triumph for a nation that has witnessed 20 years of murder and mayhem. The people accepted me immediately. I don't believe they would have accepted a man as their new leader so willingly. Men are seen as aggressors. Women are respected in our culture, especially women of a certain age.

SPIEGEL: How can society ever get over the trauma caused by civil war?

Samba-Panza: The role of the judiciary is crucial. Any form of exemption from punishment is not an option. We must hold criminals to account. Only then will the people of the Central African Republic coexist in peace again. The state needs to rebuilt its authority, and then we will hold elections.