P.W. Singer: Until recently, people looked at this as something abnormal. But drones and robotic warfare in general are actually the new normal now. We've gone from using a handful of these systems to now having around 7,000 in the air. And the US is not the only country flying them. There are drones from 43 other countries, including Great Britain, Germany and Pakistan.

SPIEGEL ONLINE: Are we entering a new era?

Singer: Yes, you can compare the impact of this with the introduction of gunpowder, the printing press or the airplane.

SPIEGEL ONLINE: Some people fear that it turns war into a video game.

Singer: To say that is far too simplistic. We're seeing a change in the very experience of war. The act of going to war used to entail you taking upon great risks. You might not come home one day. You might not see your family again. Now it's different. I heard a drone pilot explain it this way: You're going to war for one hour, and then you get in the car and drive home, and within two minutes you're sitting at the dinner table talking about your kids' homework. This is a very different experience of war. 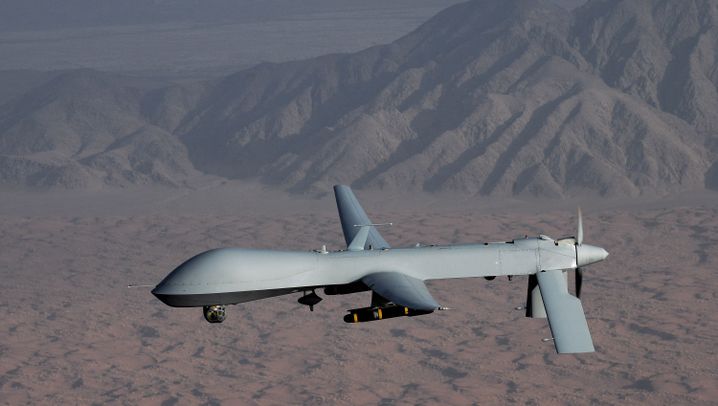 Singer: Yes, all this doesn't mean we're not seeing all sorts of new stressers. In the beginning we feared that drones may make the operators not really care about what they're doing. But the opposite has turned out to be true. They may almost care too much. We're seeing higher levels of combat stress among remote units than among some units in Afghanistan. We found significantly increased fatigue, emotional exhaustion and burnout. Drone operators are more likely to suffer impaired domestic relationships, too.

SPIEGEL ONLINE: What explains this stress?

Singer: There are different theories as to why. Traditional bomber pilots don't see their targets. A remote operator sees the target up close, he sees what happens to it during the explosion and the aftermath. You're further away physically but you see more. Also, the drone war takes place 24/7, 365 days a year. The war doesn't stop on Christmas. It's like being a fireman when there's a fire every single day, day after day after day. That's emotionally and physically taxing. On top of that, many units are understaffed.

Singer: No, there's a disconnect. You're at war, and two minutes later you're changing your brain and you think about football practice with your kids. Drone units don't show as much cohesion as traditional units. The whole unit used to share the emotional experience. Now there's no "band of brothers" anymore.

SPIEGEL ONLINE: But isn't the fact that drone operators are physically safe from war the whole point? Doesn't that ease combat stress?

Singer: Not at all. I once talked to an Air Force sergeant who flew drones. She told me how they watched US soldiers on the ground being killed. They could only circle above and watch. There was nothing more they could do.

SPIEGEL ONLINE: Which consequences does the drone war have for the nations that lead them?

Singer: War used to be a very serious decision. Now we don't even declare war anymore. We don't pay war taxes, we don't buy war bonds. Now we can carry it out without having to deal with some of the consequences of sending our sons and daughters into harm's way. It also changes the way politicians think about war. You already have society's barriers against war dropping, and now you have a technology that takes the barriers to the ground.

SPIEGEL ONLINE: Are we beyond the point of no return?

Singer: The debate is just starting in Washington. There are parallels to other historical moments when there was no turning back. The automobile in 1909. Computers before 1980. The nuclear bomb in 1940s. This is much beyond an evolution, it's a revolution. This happens very rarely in history. These developments force us to ask questions of right and wrong we never had to think about before.