SPIEGEL ONLINE: Mr. Malek, you drove one of the two tanker trucks that were hijacked by Taliban insurgents on Sept. 3 and later bombed. How did the hijacking start?

Abdul Malek: On that day, we left Kunduz with the two tanker trucks at some time around 12:30 p.m heading south toward Kabul. Shortly after we left, my vehicle broke down, so we were forced to stop. After things were fixed, we got started again. But a few minutes later, we were stopped by about 25 armed men, who were blocking the road.

SPIEGEL ONLINE: What did the armed men want?

Malek: It was immediately obvious to us that the men belonged to the Taliban. The only unusual thing was that they were dressed very raggedly and didn't even have any shoes on. They threatened us and said that they were so poor that they wanted to take the tanker trucks to their village, Omar Khel, which lies southwest of Kunduz. There, they wanted to siphon the fuel out of them. They said they needed the fuel from the tanker trucks in their villages. They said they would shoot us at once if we showed any resistance.

SPIEGEL ONLINE: Who was their leader?

Malek: They didn't really have a leader. Soon after we drove off -- some of the Taliban militants were in the cabin with me, while others walked behind the trucks -- they kept talking on the phone with Mullah Abdul Rahmen, who has a handful of armed men under his command south of Kunduz. He ordered them to come quickly. If we didn't obey, they were to execute us.

SPIEGEL ONLINE: But they never got to the village.

Malek: When we got to Omar Khel there was total confusion. I got the impression that various groups of Taliban militants were fighting against each other or arguing over the tanker trucks. In any case, we kept hearing shots being fired. Mullah Abdul Rahmen kept giving us new orders and destinations on the phone. In the end, we were supposed to cross the Kunduz River. The Taliban militants showed us a place where we could cross over via a sandbank. But we quickly got stuck, and all attempts to dislodge the two tanker trucks failed. The Taliban militants were angry; they yelled at us and hit us with their Kalashnikovs. They shot dead my colleague who had been driving the other truck.

SPIEGEL ONLINE: How many Taliban militants were there?

Malek: It was still the same 25, maybe a couple more. But now they were telephoning all their friends and acquaintances in the surrounding villages. They were telling them to come and siphon fuel out of the trucks. Some of Taliban militants even walked into the villages and called on people to gather using the loudspeakers on the mosques. Before long, more and more villagers were coming. They tried to use a tractor to pull one of the tanker trucks out, but it didn't work. So the armed men got everything organized so that the people could siphon off the fuel and carry it away in canisters.

SPIEGEL ONLINE: Who were the people siphoning off the fuel?

Malek: It's hard to say; there were so many of them. At times, there were 200 people milling around the trucks hoping to siphon off some free fuel. There was complete chaos. About 40-50 of them were armed. They got the people to stand in lines. The rest looked like villagers, though some had their faces covered. The people were surely just normal village farmers, but many of them knew the armed Taliban militants. They greeted them by name and thanked them for the fuel. In these villages, it's hard to say who is Taliban and who isn't.

SPIEGEL ONLINE: There are also rumors that some high-ranking Taliban leaders were among those surrounding the tanker trucks.

Malek: I only saw Mullah Abdul Rahman. He's maybe around 35 years old; he has a dark beard and wears a black turban. He showed up for a short time when we stopped in one village, and then he was also there at the river. It must have been sometime around 10 p.m. Abdul Rahman drove up in a green Ford pickup truck which his men had seized from the Afghan police in an ambush. They were quite proud of it. I couldn't see what he was doing around the tanker trucks, but he disappeared again after 10 minutes. I don't think he was killed.

SPIEGEL ONLINE: From the river, could you hear the B-1B bomber and the two F-15 fighter jets that were observing the scene?

Malek: I can't say how many airplanes there were or what type there were. But, starting at around 10 p.m., you could hear the sound of aircraft, though it was very faint. The plane must have been flying very high. But, yes, in Afghanistan, we recognize the sound of fighter jets. Some of the people around the trucks must have certainly heard the sound as well, but the majority of them were just jockeying to get fuel more quickly.

SPIEGEL ONLINE: How did the Taliban fighters react to the aircraft?

Malek: The armed men were getting nervous. They started making lots of phone calls again. I thought they were calling their leaders and asking for advice, asking what they were supposed to do now. At a certain point, some of them started shouting and waving their weapons around. They were screaming at the people to get away from the trucks because bombs were about to start falling. But no one wanted to miss an opportunity to get some free fuel. Then, some of the armed men even started running away. It was too confusing, though, for me to be able to say how many there were.

SPIEGEL ONLINE: Where were you when all this was happening?

Malek: I was sitting with some of the armed men along the river quite a way away from the trucks, maybe 50 meters (164 feet). The men were arguing over whether they should kill me right away or use me as a hostage to try to extort money from my company. I was very afraid -- also of a possible bombardment.

SPIEGEL ONLINE: And that's when the bombs came.

Malek: I'll never forget the moment. At first, there was a loud droning, like what you hear when a generator short-circuits. Then there was a bright flash. I just let myself fall forward and went down underwater. Even from there, I could feel the shock wave. For a few seconds, it was as bright as day. Even the water was heating up. When I came out of the water, the whole area around the tanker trucks was on fire. It looked like the ground was spitting up fire, though it was just the fuel from the trucks. It was unbearably hot. There were bodies lying everywhere; they were completely carbonized.

SPIEGEL ONLINE: How many dead people were there?

Malek: I can't say for sure. I was in shock. I believe there were about 120 there before the bombing; only a handful survived. I still saw a few Taliban militants; they were running away from the scene with their weapons. I was very afraid, so I just ran away as far as I could. Then I hid in a rice paddy, where I sat tight until the morning. All night, I heard men carrying the wounded and dead from the scene; but I just didn't want to see anything anymore. Every night, I see these images in my dreams. I will never really be able to get past that night on the Kunduz River.

Abdul Malek, 42, was questioned by the Afghan police the day after the bombing. His statements were included in an extensive investigative report by an Afghan commission that included officials from the interior ministry and security services. The report says that 69 Taliban militants and 30 civilians were killed in the bombing. 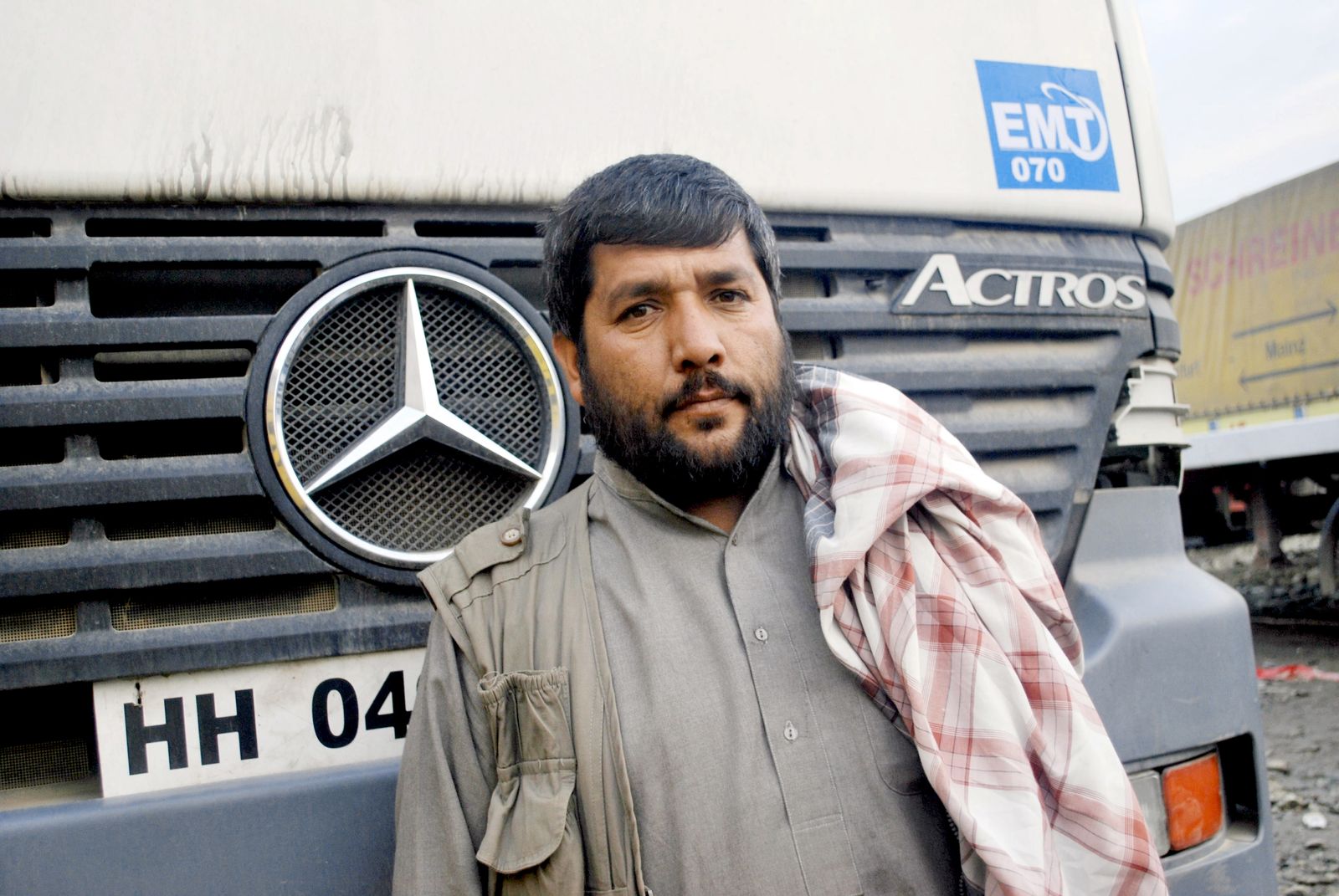 Abdul Malek: 'There were bodies lying everywhere; they were completely carbonized.'