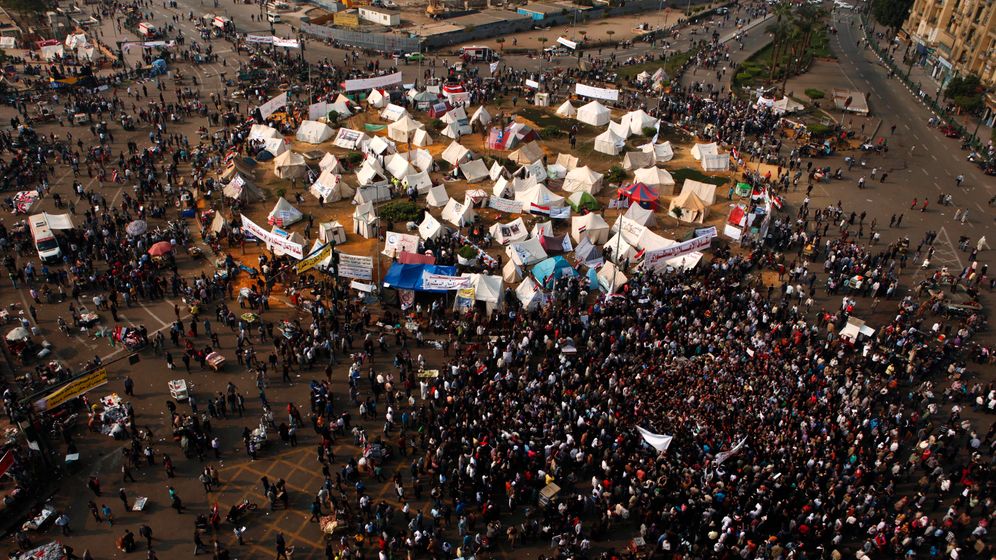 SPIEGEL ONLINE: You had been scheduled to come to Hamburg on Monday for a joint event with SPIEGEL and the Körber Foundation to discuss the political situation in your country. Why did you cancel?

Moussa: I have to apologize for not being there. But the crisis Egypt is currently experiencing is escalating. In such a moment, I can't take the responsibility of leaving my country. Egypt has never been in such a critical state during my lifetime.

SPIEGEL ONLINE: What do you find most disconcerting?

Moussa: For one, the fact that President Mohammed Morsi issued a constitutional decree out of the blue that contradicts the democratic process and grants him almost dictatorial powers. For another, while we have a constitutional assembly that is supposed to write a new constitution for Egypt, it is split into two fundamentally opposed camps: an Islamist one and another made up of patriots and democrats. The second camp has become much smaller because almost all liberals have left the assembly in protest.

SPIEGEL ONLINE: You have announced your intention to create a collective front in opposition to Morsi.

Moussa: Yes. Over the weekend I met with several leaders from the opposition camp. They accepted my proposal to create a National Salvation Front, which we officially launched on Saturday.

Moussa: I would say the following: What is currently taking place in Egypt represents a grave danger to the process of democratization in our country. Public opinion has never been as polarized as it is today.

SPIEGEL ONLINE: Would you go so far as to say that Egypt is heading towards a new dictatorship?

Moussa: It doesn't seem to have gone that far yet. But some of the decrees issued by the president are extremely problematic and grant him a worrying amount of power.

SPIEGEL ONLINE: Given the situation, and given that the Egyptian opposition has traditionally been deeply divided, how promising is the new effort to create a joint movement?

Moussa: We are at the very beginning, but the chances are good. There is an Egyptian proverb: "Some problems are useful." The dilemma currently facing the country also offers an opportunity.

SPIEGEL ONLINE: What do you think are the motives behind the president's move?

Moussa: That is a tough question. We don't know. Is it his advisors? Is it the leadership of the Muslim Brotherhood? Or did he himself have this discreditable idea to endanger the separation of powers? I just hope that he comes to his senses because, as president, he should now the consequences his decrees have.

SPIEGEL ONLINE: Were his moves predictable?

Moussa: No, not at all. I met President Morsi just recently and saw nothing to indicate he would move in this direction. Others who have met him recently say the same thing.

SPIEGEL ONLINE: Do Egyptian women now have to worry that their rights will be taken away?

Moussa: Women in Egypt are very concerned about the extremely conservative political values held by the Islamists. The debates in the constitutional assembly are a good example of this shift in values: They are talking about, for example, whether women should be legally subordinated to men.

SPIEGEL ONLINE: Has the president, as he contends, really left the Muslim Brotherhood?

Moussa: Morsi remains a member of the Muslim Brotherhood. But he is also the president and as such is required to remain neutral. As Egyptian citizens, we hope that he is able to recognize where his priorities should be.

SPIEGEL ONLINE: Do you share the opinion of Nobel laureate Mohamed ElBaradei that "a civil war threatens to erupt in Egypt" should moderate powers not be given a voice, as he told SPIEGEL this week?

Moussa: Some Egyptians believe that the civil war has already begun. But we would like to avoid such a scenario at all costs. The president of the country is responsible for general security. He must demonstrate that he is the president of all Egyptians and doesn't privilege one part of the population over another.

SPIEGEL ONLINE: Do you believe that the protests will become violent?

Moussa: I hope that reason prevails. Our opposition platform, in any case, calls for peaceful demonstrations; we are opposed to violence in all its forms.

SPIEGEL ONLINE: What role should the West play?

Moussa: The West should stay in the background. This is purely an Egyptian crisis that we Egyptians have to solve ourselves.