SPIEGEL: The attack on the Mavi Marmara has shattered relations between Turkey and Israel. Turkish Prime Minister Recep Tayyip Erdogan has called it "state terrorism." Is he right?

Yilmaz: An unarmed vessel was boarded in international waters, and the Israeli armed forces resorted to disproportionately brutal methods. This was a clear violation of international law.

SPIEGEL: Israeli military officials maintain that the activists were not interested in bringing humanitarian aid to Gaza, but rather in breaking the blockade.

Yilmaz: I have absolutely no understanding for such an interpretation. If the activists really only wanted to attract the attention of the media, then the Israelis have done an outstanding job of helping them achieve this objective.

SPIEGEL: The Israelis maintain that Hamas supporters were on board the Mavi Marmara.

Yilmaz: Of course there are Hamas supporters in Turkey. But that does not justify the approach used by the Israelis. The Israeli authorities now have to prove that there were actually weapons on board.

SPIEGEL: Shouldn't the Turkish government have dissuaded the organizers of the Gaza aid fleet from going through with their plan?

Yilmaz: Indeed, our government has failed in this crisis. It was clear that the Israeli side would not allow the convoy to dock in Gaza. But the Turkish government failed to use diplomatic channels. The tragedy of the Mavi Marmara could have been prevented.

SPIEGEL: Turkey has also cooperated militarily with Israel for a long time. Do you support a continuation of this relationship?

Yilmaz: We should use the current crisis to significantly reduce our military dependency on Israel.

SPIEGEL: One has the impression these days that Ankara would rather forge ties with Iran and Syria -- or is that inaccurate?

Yilmaz: Turkey has always maintained a reserved attitude towards the Israeli-Palestinian conflict. It is only the current government that has attempted to play a mediator role in the Middle East conflict, but its overly close ties to Hamas have largely eroded its credibility. Nonetheless, I hold Israel primarily responsible for the fact that our relations have reached a new low.

SPIEGEL: Should we expect Turkey and Israel to break off their relations?

Yilmaz: The Turkish parliament passed a resolution last Wednesday calling on the government to examine all political, economic and military ties with Israel. This means that our bilateral relations are damaged for the foreseeable future. 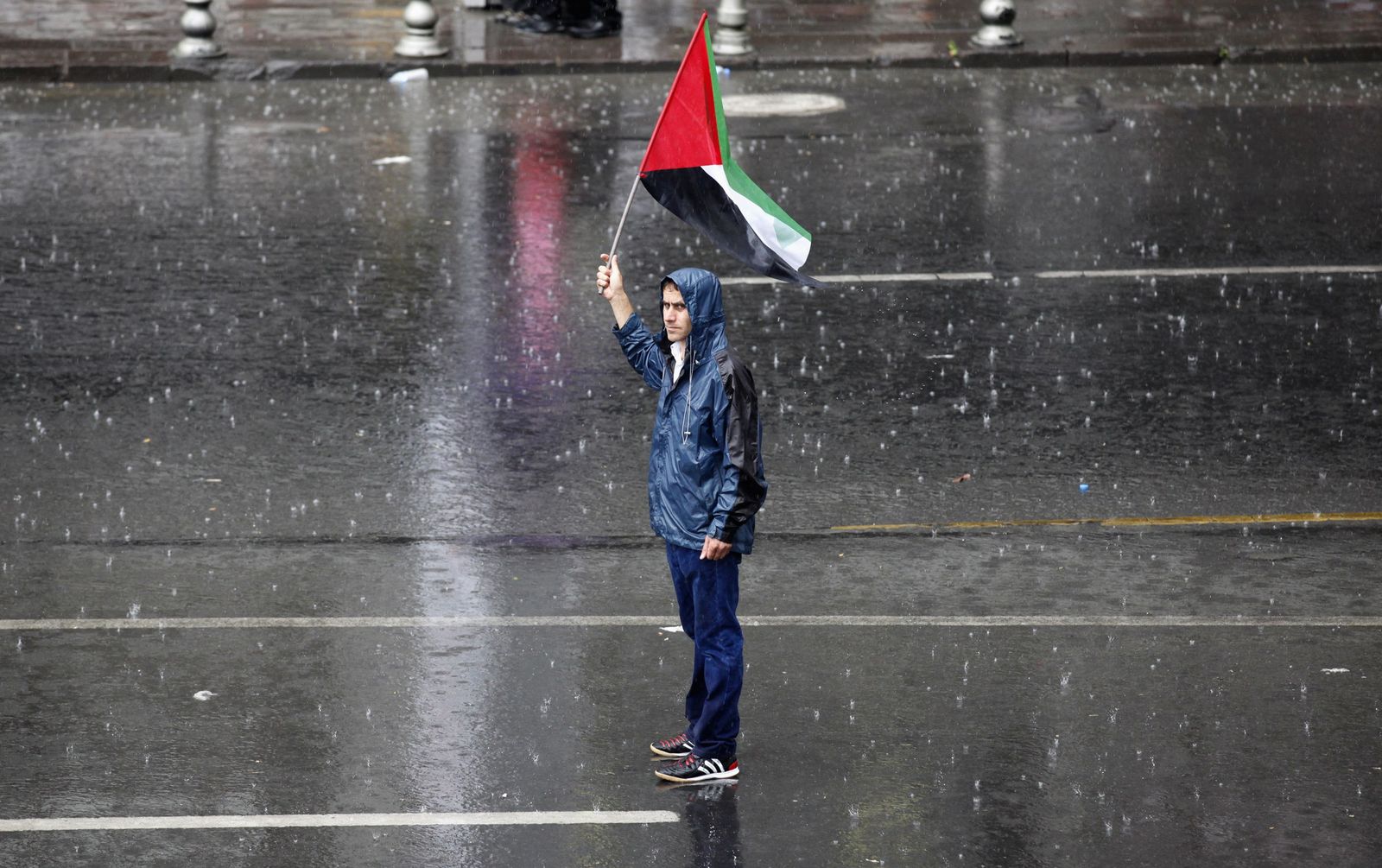 A Turkish demonstrator in Ankara holds up a Palestinian flag during an anti-Israeli march.