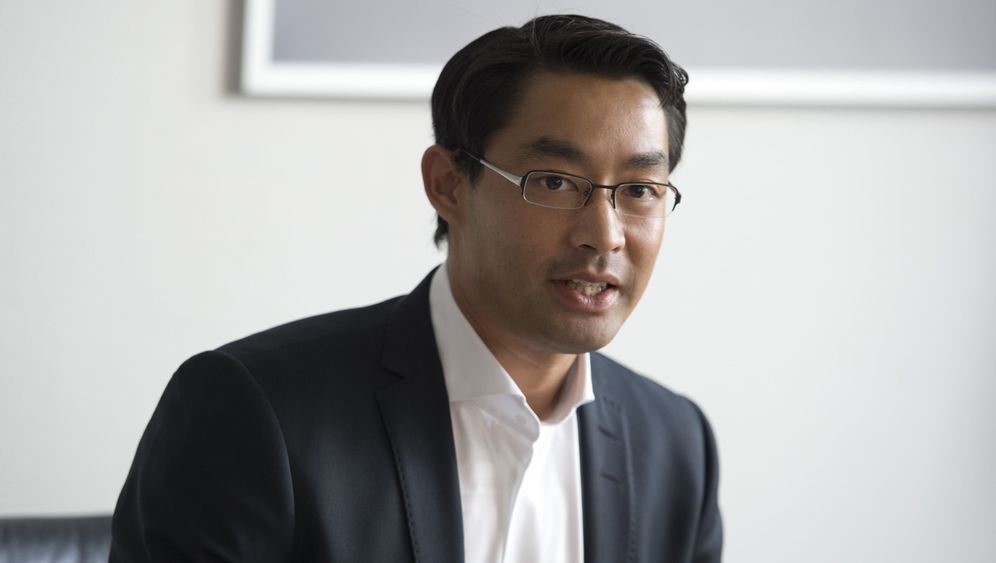 As an adult, Philipp Rösler has only visited Vietnam once, and that was in a private capacity. But on Monday, the 39-year-old will officially visit the country of his birth as German vice-chancellor and economics minister.

It will be a unique journey for Rösler, who was taken in by nuns as a foundling during the Vietnam War. The interest in his visit is high. A media entourage will accompany Rösler on his trip, and people in Vietnam are also taking a keen interest.

In a SPIEGEL ONLINE interview, Rösler, who is also leader of the business-friendly Free Democratic Party (FDP), talked about his forthcoming trip to Vietnam.

SPIEGEL ONLINE: You are traveling to Vietnam, the country where you were born. What do you expect from your visit?

Rösler: I expect that German business will benefit from my visit. Vietnam is a country on the rise and therefore an interesting market for our companies. A lot has been achieved in recent years, including moves in the direction of greater economic freedom. Nevertheless, there are still many challenges, such as questions relating to the rule of law.

SPIEGEL ONLINE: Your trip will be watched closely. After all, your personal story is intertwined with the recent history of the country. You were a foundling during the Vietnam War. What do you remember from that time?

Rösler: I spent the first few months of my life in Khánh Hung, which is now Sóc Trang, in a Catholic orphanage. That was in 1973. Of course I don't have any personal memories of that time. A few years ago, I came across a SPIEGEL article which described the history of the orphanage. Some 3,000 children were housed there over the years and cared for by Catholic nuns. They also specified names and dates of birth, so that the formalities for adoption could be resolved quickly.

SPIEGEL ONLINE: Two Catholic nuns -- Mary Marthe and Sylvie Marthe -- looked after you in Khánh Hung during the first months of your life. In November 1973, you came to Germany, where you were adopted. The journalist Michael Brocker writes in his biography about you that Mary Marthe still lives in Vietnam. Do you have contact with her?

Rösler: We made contact after I became German health minister in the fall of 2009. Reporters traveled to Vietnam and took pictures of Mary Marthe with a photograph of me. Later, she got in touch with me via another nun who has e-mail access. I found that very touching.

SPIEGEL ONLINE: What did she write to you?

Rösler: She wrote how proud she was of what I have achieved.

SPIEGEL ONLINE: Do you know more about the circumstances under which you were left outside the orphanage?

Rösler: No, and I never wanted to.

Rösler: Looking for something would suggest that you are missing something. But I have never felt that anything was lacking.

SPIEGEL ONLINE: Did you never have the urge to find out more?

Rösler: No, never. Germany is my home country. Vietnam is a part of my life which I do not remember. I grew up in Germany, I have my family here, my father and my friends.

SPIEGEL ONLINE: Six years ago, when you visited Vietnam for the first time, together with your wife, you did not go to the place where the orphanage was. Was that a conscious decision?

Rösler: Until 2006, we had absolutely no idea where the place was located exactly. I repeatedly looked for Khánh Hung on the maps, but never found it. It was only in Saigon, when I visited the former South Vietnamese presidential palace, that the mystery was solved. In the lower part of the current museum, there is the old US operations center. I found the place on an American map which featured the old names. What I did not know, and what our interpreter made clear to me, was that Khánh Hung, like so many other places, was renamed by the new rulers in 1975 after the reunification of North and South Vietnam.

SPIEGEL ONLINE: Why did you not visit the city at the time?

Rösler: I was just visiting Vietnam as a normal tourist. My wife and I were traveling in the Mekong Delta. In any case, we both concluded that Sóc Trang, as it is called today, was probably hardly any different from the places we had already visited.

SPIEGEL ONLINE: Have you considered taking a side trip from your current schedule?

Rösler: I am visiting Vietnam as the economic minister, as a representative of German business. I'm not on a personal search for traces of my past.

SPIEGEL ONLINE: Do you plan to see the place at some point?

Rösler: No, we don't have plans for that. It simply has no deeper meaning for me.

SPIEGEL ONLINE: There are other adoptive children who feel otherwise and conduct extensive searches into their past. Can you understand that?

Rösler: I can relate, but it is probably different for each case. I never wanted for anything in my family, which is why I never asked myself this question.

SPIEGEL ONLINE: After your parents divorced when you were four years old, you lived with your father in Lower Saxony. Did you often talk about Vietnam?

Rösler: No. Vietnam played no role in our discussions. As I grew older, my father sat me in front of a mirror and explained why I looked different from other children.

SPIEGEL ONLINE: Did your father explain to you why he and his former wife in Germany had chosen adoption?

Rösler: My father was a Bundeswehr soldier. During his training as a helicopter pilot in the US in the 1970s, he got to know a South Vietnamese colleague. Through him he learned about the misery of the war there and the many orphaned children. That's how he chose adoption.

SPIEGEL ONLINE: Are you sometimes aware of your Asian side?

Rösler: My appearance is a clear indication of that. But I am neither a master of martial arts, nor do I regularly eat Asian food.

SPIEGEL ONLINE: What is it like when you travel abroad? Do people ask you about your origin?

Rösler: Sometimes. Last year when I was in the United States with Merkel, two Asian-American ministers asked me about my life, as did President Barack Obama. But he was less surprised that some government representatives in other countries. After all, the US is strongly characterized by immigration.

SPIEGEL ONLINE: Your visit will also be closely followed from the Vietnamese side. When you entered the government, one paper there wrote: "He is one of us." How do you feel about that?

Rösler: Imagine it was the other way around, and a German child adopted in another country took a high government office. The interest here would be just as great!

SPIEGEL ONLINE: You don't want to allow yourself to be co-opted?

Rösler: Germany is my home. It is credit to our country that people who don't have the typical biography also have an opportunity for advancement. The precondition for this is tolerance. Our democratic system and our success hinge not only on the social market economy, but also on our free society. I will emphasize this in Vietnam too. In the long run they won't be able to develop a market economy without freedom.

SPIEGEL ONLINE: One issue for many children adopted from Asia in Germany is either open or hidden racism. Has that affected you too?

Rösler: No. In everyday, normal interaction this is not the case.

SPIEGEL ONLINE: In Vietnam the communists still rule with a one-party system. Will you address human rights at all on your trip?

Rösler: I am on the Central Committee of Catholics (ZdK), so it was also important to me to invite representatives of the Catholic Church to a reception at the German Embassy in Hanoi. Things are still tough for Catholics in Vietnam, and this issue is a clear commitment on my part.

SPIEGEL ONLINE: You were baptized in 2000. Did this decision have anything to do with the Catholic nuns who saved you?

Rösler: That was not the deciding factor. But anyone who has learned what dangers and privations the nuns endured for the sake of the orphans in the Vietnam War wouldn't easily forget it.

SPIEGEL ONLINE: You don't speak Vietnamese, but did you learn a few words for your trip?

Rösler: That would be insincere. To say it clearly once again -- naturally I am tied to the country through a part of my life story, but I am traveling to Vietnam as the German economics minister.